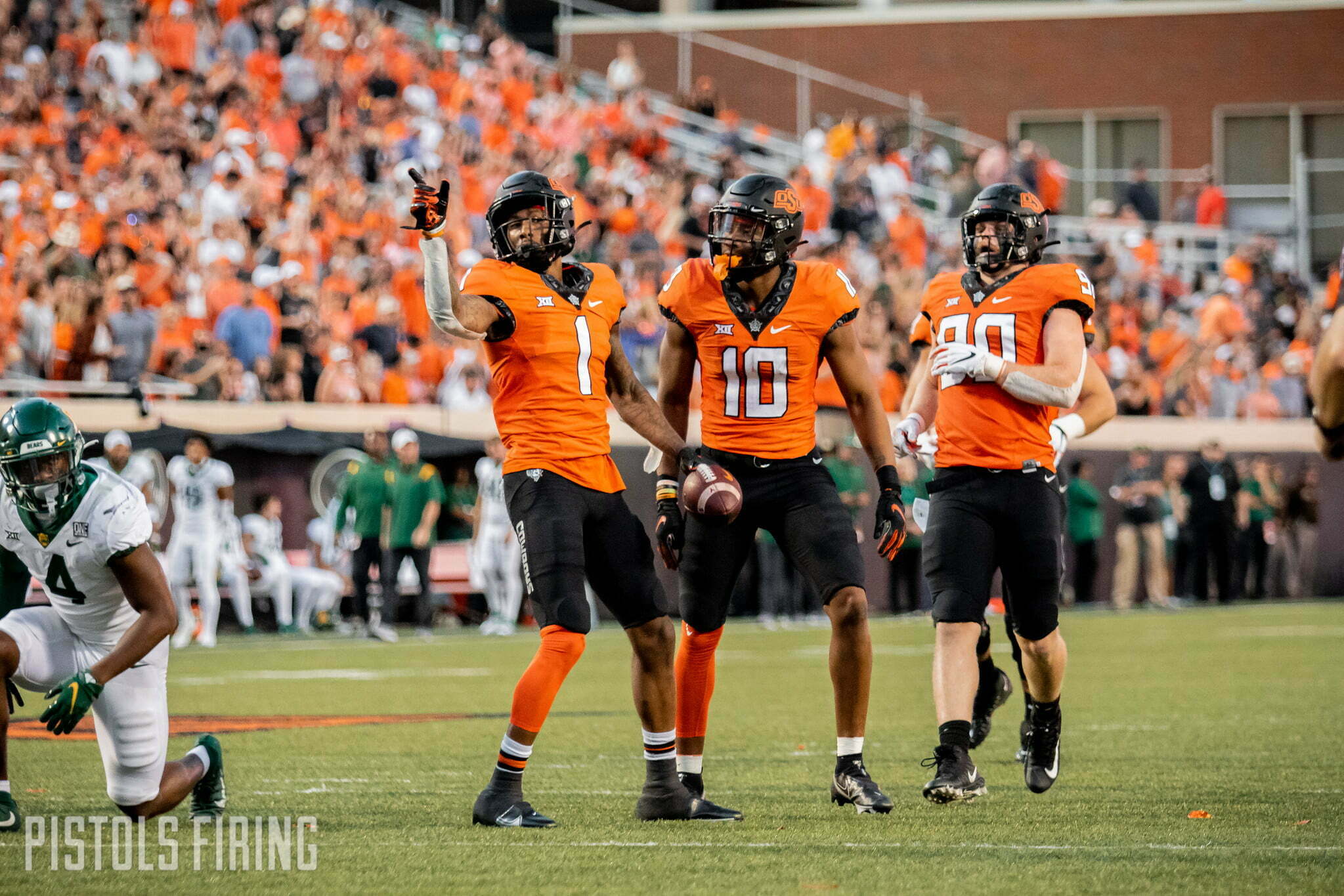 Oklahoma State climbed four spots after climbing out of a hole in Austin.

The Cowboys’ 32-24 win over then No. 25 Texas lands them at No. 8 in this week’s AP Top 25 ranking. It’s a continued climb for the 6-0 Cowboys and their highest rating this season. OSU also climbed to No. 9 in the AFCA Coaches poll.

Here’s a look at the full ranking.

Both Big 12 flagships earned Ws yesterday, as did a potential future perennial league power. Oklahoma moved up to 3 after its 52-31 win over TCU, and Cincinnati is now up to No. 2 after beating up on another conference invitee and hanging 56 on UCF. Texas fellow out of the ranking after its second-straight loss, and Baylor is now back in at 20 after its win over BYU.