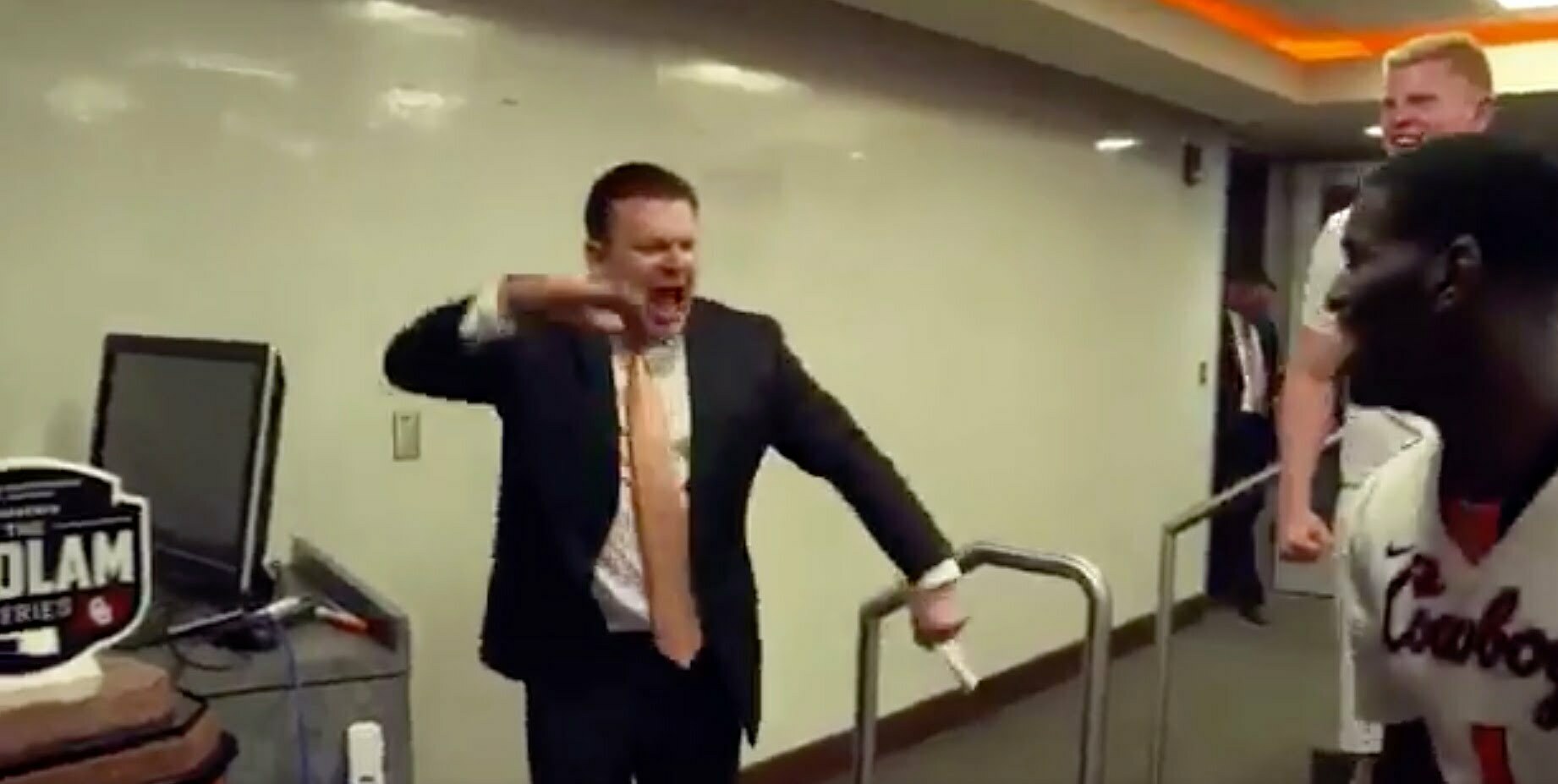 Brad Underwood was jacked up after a 96-92 Bedlam win on Saturday. He fist-pumped his way into the locker room and referenced his team as the hottest in the country (OSU has won eight of nine).

“You fought through some adversity,” said Underwood. “You didn’t play very well to be honest. We have to know, when you’re the hottest team in the country — and we are — when you’re that team, everybody is going to bring it.

“Down the stretch, I told you. What did I tell you at halftime? ‘Go make history. Go make history.'” They did, becoming just the fifth team in the last 50 years to sweep Bedlam. Eddie Sutton did it three times. Paul Hansen did it once. Brad Underwood has joined that group.

What do you say after you sweep #Bedlam for the 1st time since 2004? Take a look for yourself. #okstate pic.twitter.com/zG1XnAaZ3i