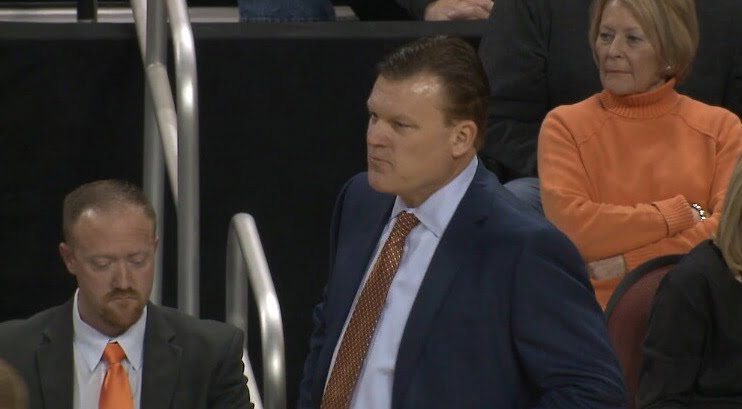 Oklahoma State played one of its’ most complete games of the season Saturday night, punching Wichita State in the mouth early and cruising to a 93-76 win in Wichita. The player of the game was clearly Jeffrey Carroll, who poured in 22 points on 8-10 (!) shooting, but the freshmen gave another strong outing once again.

While superstar point guard Jawun Evans played just 8 minutes in the first half, Underwood gave the keys to the car to four freshmen and Carroll, who steamrolled the No. 18 team in the country coming into the game, according to KenPom’s rankings.

Lucas N’Guessan, Cam McGriff, Thomas Dziagwa, Brandon Averette and Lindy Waters III combined with Carroll to close the first half out in a nasty way, putting down a Gregg Marshall-coached Shocker team that hadn’t given up 80 points in almost seven years (Cowboys dropped 49 in the first half and finished with 93). They even maintained the 17-point lead after Evans went out!

This is the first time Wichita State has allowed 80 points in regulation in a home game since Dec. 19, 2009. 116-game stretch. #okstate

Thomas ‘Dizzy’ Dziagwa did his thing yet again, hitting 3 of 4 threes and chipping in 9 points and 2 assists in limited minutes off the bench. Brandon Averette ran point like a boss while Jawun battled injuries and chipped in 8 points, 4 rebounds, 3 assists, 2 steals. Lindy Waters III and Lucas N’Guessan didn’t score much but lived in Wichita State’s shorts on defense and hit the glass hard. Eddie Sutton had to be beaming, somewhere.

You can see Brad Underwood’s trust in his freshmen growing game by game, which is a terrific sign for this Cowboys team heading into Christmas with Big 12 play fast approaching in two weeks. There is not a significant drop-off (or much of a drop-off at all) when the bench comes into the game, because of the emergence of Dziagwa and Averette since Jawun/Phil/Shine have dealt with injury.

The Cowboys roll 9 or 10 deep, which is something very few (if any) other Big 12 teams can say, and will help deal with the grind of a 18 game conference schedule. The Cowboys should be ranked in the top 25 this upcoming week, and look like a serious threat for a top four finish in the Big 12, in large part to their fast-emerging freshmen class.

Me when I think about this year compared to last year. pic.twitter.com/yLAmJkALPe