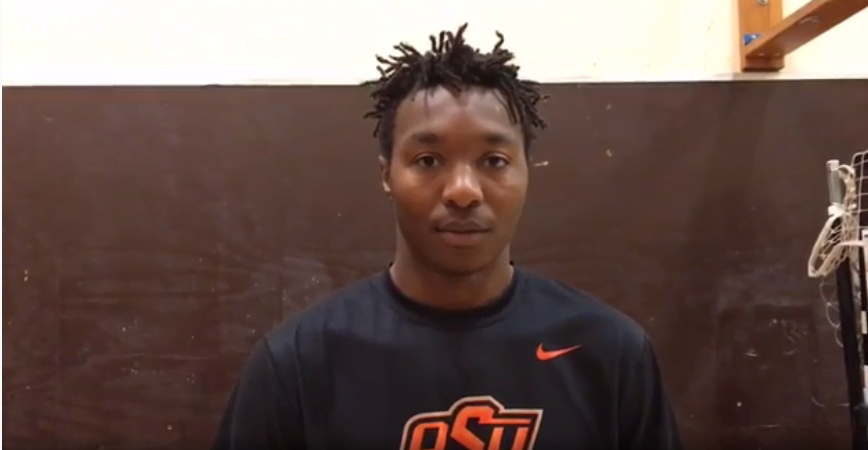 On Thursday, Brad Underwood and his staff scored two huge gets for the 2017 class: PG Zack Dawson, who had already committed, and his teammate Latravian Glover, a 6’7, 215 lb. wing.

Dawson had committed in June, so when he signed his national letter of intent, it was not a surprise. However, Oklahoma State had not been considered “in” on Glover, who signed his NLI as well as Dawson.

Brad Underwood was stoked about his new wing commit.

“We really feel that Latravian was one of the top prospects in the state of Florida prior to having an ACL knee injury,” said Underwood. “It’s not fair for me to say this, but he’s a guy who has kind of like a Lebron James-type game; big, strong and extremely high basketball IQ.

“He’s a very good athlete that is not back at 100-percent yet, but he can shoot it, handle it and score in the paint. I think he has the opportunity, when healthy, to be as good of a player as there is in this league. Athletically and physically, he’s just a specimen. He is a guy who can play multiple positions, has tremendous IQ and has great feel of the game. His best days are in front of him, and we’re excited to have him.”

Holy smokes! No, it’s not fair to compare any high school kid to Lebron. But like Underwood said, Glover has that kind of game. He’s in an elite class physically, plays with incredible smarts for a high school player, and makes all of his teammates better.

Here’s what Latravian had to say about signing with Oklahoma State:

“I got hurt less than a year and just worked really hard to make this day happen,” Glover said. “Being able to play with Zack and I felt like their program is a great place where I can better myself and make the best of an opportunity for myself and my family.”

Glover torn his left meniscus less than a year ago, but has worked hard to get back on the floor for his senior season, and is gearing up to bring a state title to South Miami High School with fellow Cowboy commit Zack Dawson. It sounds like Florida Gulf Coast and University of Florida were also in on Glover, but OSU ended up being the right fit. Hear his full interview below.