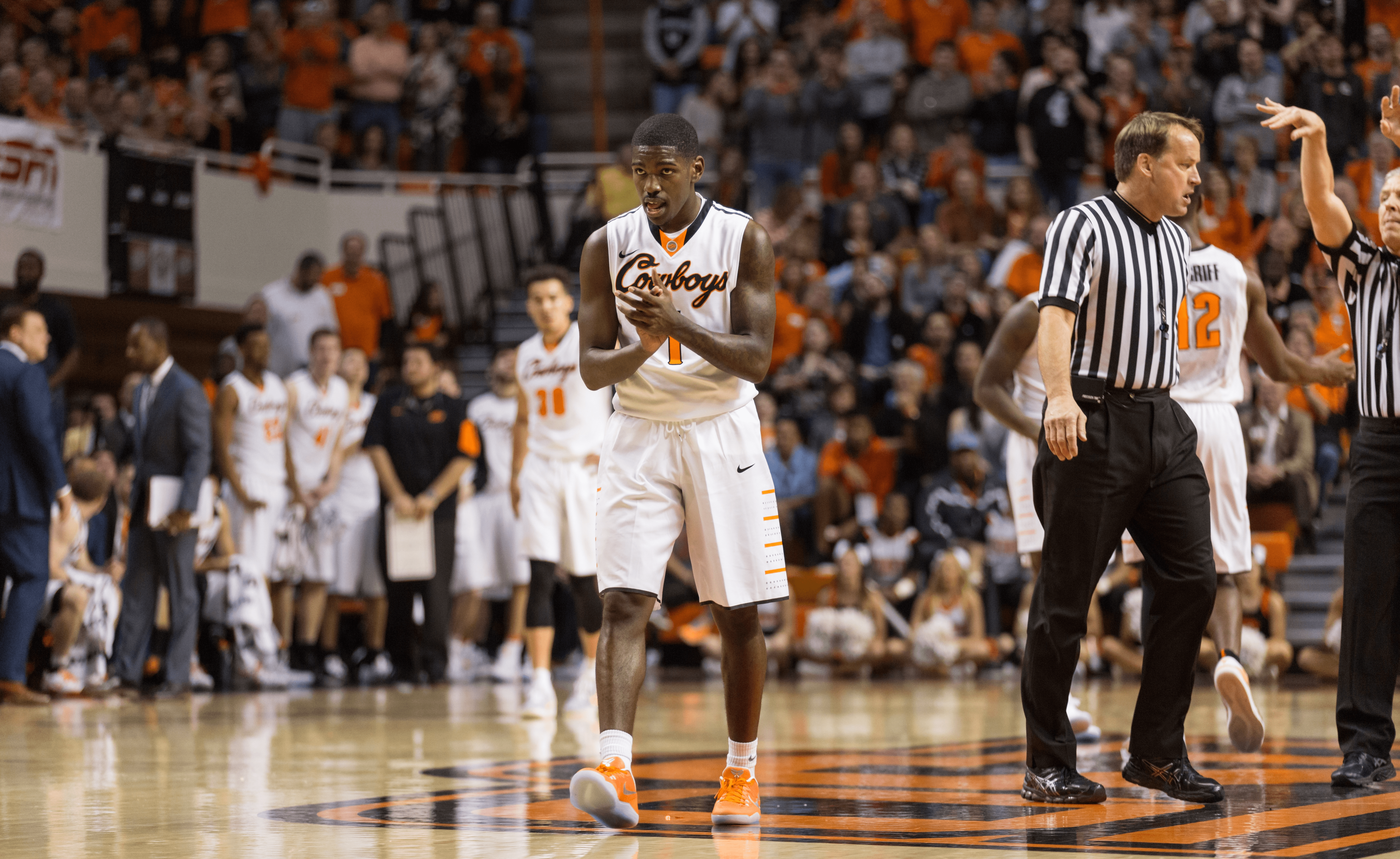 Oklahoma State’s win over Arkansas only added a single notch in the left column, but it really did feel bigger than that, didn’t it? Maybe it was the Remember the 10 ceremonies. Maybe it was the modicum of bitterness a Big 12-SEC game invokes. Maybe it’s just a misperception on my part. But I think that game will be a signpost for this program moving forward.

Brad Underwood spoke glowingly about what it was like to coach in the 45th sellout of the new Gallagher-Iba Arena on Saturday.

“Today was special, this is why I came here,” said Underwood. “This today, the full arena, the atmosphere. I can’t say thank you enough to our fans for coming out and believing in us. This place is special and electric and I believe that from the bottom of my heart. Oklahoma State is elite and today it was elite.”

Gotta give credit to the fans today! ?????? #okstate #GoPokes pic.twitter.com/oHmRYDfJpO

Underwood also praised his point guard who 16 points, seven boards and eight assists. Evans was the KenPom MVP on Saturday as he generated 1.6 (!) points per possession with a 24 percent usage rate (these numbers are outrageous — you can read more about what they mean here).

“I thought he was incredible today,” said Underwood. “Eight assists, seven rebounds, it was his floor game and the passes up the floor. He got us off to an incredible start. My goodness was he good today. Jawun is the straw that stirs the drink.”

Even Arkansas coach Mike Anderson chimed in on No. 1.

“Oklahoma State is playing well and they had a tough schedule starting out. I’ve seen some of their games and seems like they are starting to find their stride.

“You have a guy like Evans, who can distribute and make plays for everybody else. That’s the thing I like about him, he’s unselfish and gets his team going.”

And when he’s going like he was on Saturday, OSU is tough to stop offensively. I’ve been critical of Evans for taking too many circus shots in a few games on Saturday. But he went 4-8 from the field on Saturday and was tremendous with his decision-making. Tremendous. I hope it carries over to the rest of the year.