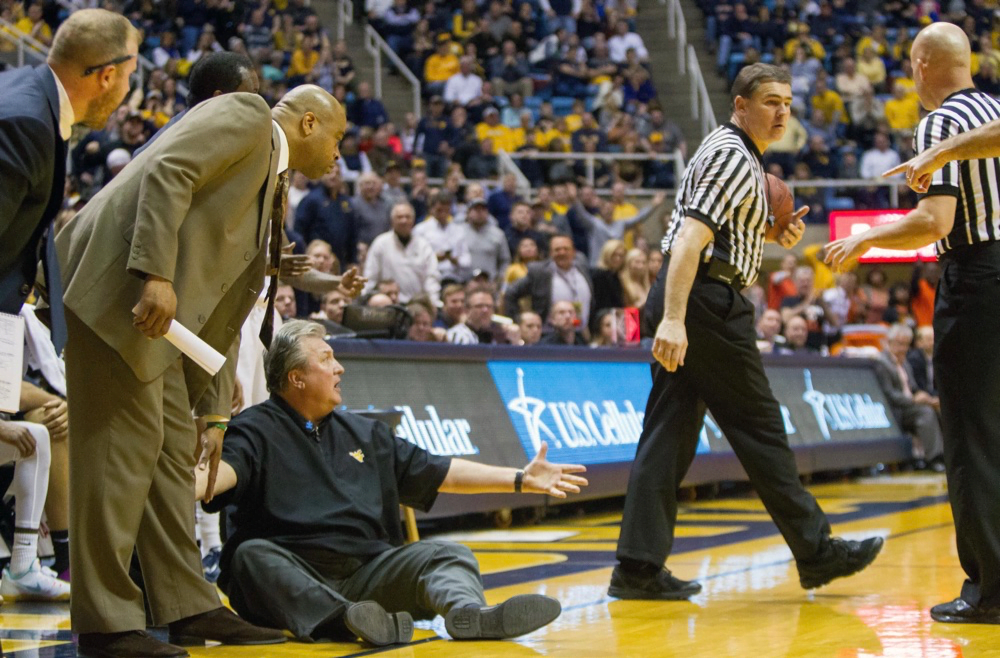 Oklahoma State took dead aim for the No. 7 team in the country on Saturday and slayed its first top 10 team on the road since it beat Kansas in 2013 when Marcus Smart entered Marcus Fizer territory in the hearts of Kansas fans all over the country.

The juxtaposition between the first meeting between WVU and OSU in Stillwater a month ago (a 92-75 drubbing by West Virginia) and this one in Morgantown was staggering. OSU looked outclassed and out-manned in Round 1. It looked hungry and like the more confident team in Round 2. Both coaches weighed in on the game afterwards, and Bob Huggins sort of threw his Mountaineers under the bus.

Huggins is right about the rebounds. College Basketball Reference only goes back to 2010, but the previous low for WVU rebounds in a game before this one was 19. The Cowboys held them to 16. An insane number. WVU’s previous low this season was 24. It only had three games under 30. It had five over 40. And it could only collect 16 on Saturday. Sixteen!

“How could you not have enthusiasm that you spent all that time preparing for this? They knew Kansas lost. They knew Baylor lost. They knew this was a huge game for us. It puts us right back in the hunt. Why would you not embrace that? I think that’s crap. Lack of focus. Not practicing hard. That’s their fault. At this time in the year, how many times should I put them on the treadmill? They said they didn’t have any legs.”

That sounds a lot different than what Brad Underwood said about his suddenly-streaking squad.

“First of all, I’m extremely proud of my guys,” said Underwood. “The first game, in Stillwater, we didn’t compete very hard. I thought today we had a lot more fight and competitive spirit. The first half was a good half of basketball by both teams and I don’t think our defense was as bad as the stats show.

“Not very often you’re going to sit in here during a postgame and look at a stat sheet and see a Bob Huggins team out-rebounded 30 to 16. I thought that was a big factor. We didn’t get a whole lot of offensive rebounds, but again we shot 62 percent and I thought we had great shots. All in all, very pleased. It was a great road win against arguably one of the top five teams in the country.”

I don’t think these are necessarily two teams going in opposite directions. WVU is still a top-10-type team, but OSU has suddenly joined the ranks of the hottest squads in the country. They could not have won in more opposite ways on the road last week. An old-fashioned country brawl in Norman. A modern 3-and-D win at WVU in a Sweet 16-like atmosphere.

The future is bright for these Pokes, certainly, and Underwood knows he’s got something special going.