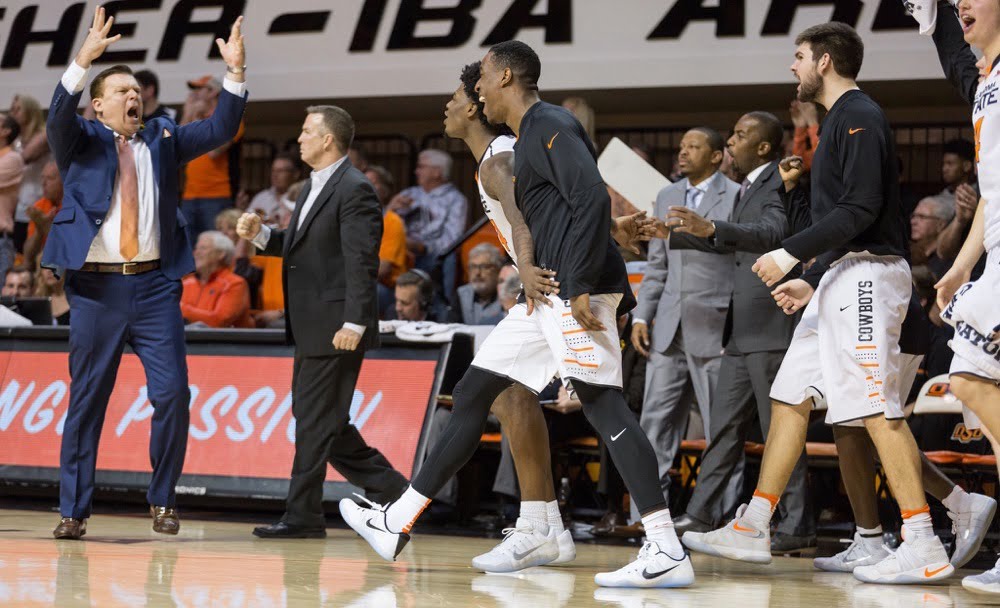 Before the Cowboys tipped off against the Longhorns on Saturday, Brad Underwood tried to make a point.

“I can’t do what I did every day at pregame and shoot-around,” said Underwood. “I was pretty animated today.”

OSU was coming off a home loss to the then-No. 2 Baylor Bears that included late 12-0 Cowboy run which gave them an opportunity to steal one at home. Unfortunately, the Bears held on, completing the regular season sweep.

But there are no moral victories in Underwood’s book.

“This is the best league in America and it’s not even close. Top-to-bottom, every game is underrated. And we’re in February and we’re playing meaningful games. We’re playing for our lives, and that has to mean something. I want our guys to understand that.”

Even with an especially animated head coach, the Cowboys stumbled a bit out of the gate against Texas — starting 1-6 from the field and even finding themselves down 23-15 with 9 minutes left until halftime.

“We didn’t really come off to a hot start like we were trying to,” said senior forward Leyton Hammonds “but coach preaches that defense and rebounds wins games. As you can see, our shots weren’t falling in the first couple of minutes, and we were missing a lot of easy layups. But once we started playing defense, rebounding, getting that transition, the floor opened up for us and baskets started opening up for us.”

That’s exactly what happened. Thanks to a couple of stingy plays on defense that turned into transition buckets in the way of dunks and a Phil Forte 3-pointer, the Cowboys rattled off an 11-0 run — part of a 20-2 run that essential put the game out of reach for Shaka Smart’s team.

The Cowboys now sit at 16-9 (5-7 in Big 12 play) with six games remaining. A win Wednesday night in Ft. Worth would pull them into fifth-place with TCU. Hopefully the Texas win is the beginning of another long winning streak.