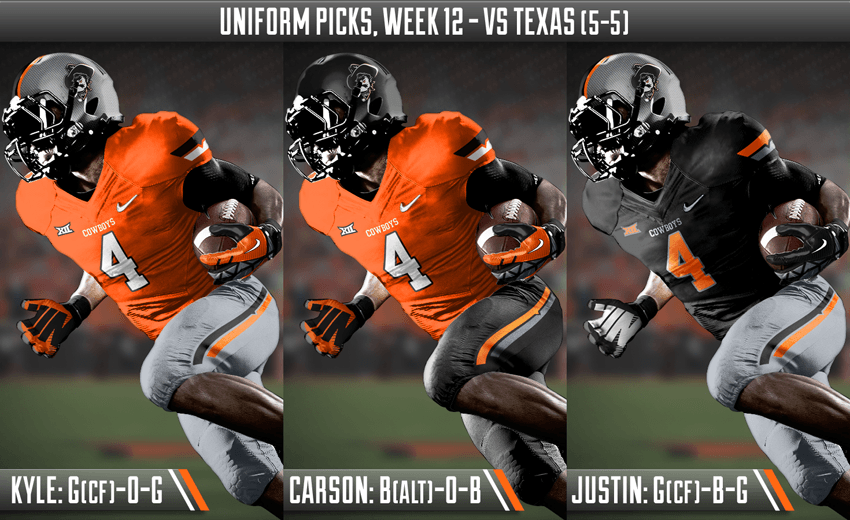 Cunningham: The whole unveiling of Phantom Fiber Pete was just…weird. OSU is like the CIA with what they will wear on Saturdays, but the equipment staff just randomly tweets that out? Odd.

For that reason, I don’t think they’re wearing those helmets. I’ll go Black (Silly Pete)-Orange-Black. They love big game B-O-B Texas. I think they wear it for the second time this season.

Southwell: Doesn’t it have to be Phantom Fiber-Black-Gray? Had they not released the new helmet I would have guessed Ochrome-B-O.

Porter: I’m with Carson. The mid-week tweet about a new helmet was bizarre but it would be equally bizarre now to not wear it. Orange tops on Senior Night, too. Book it.