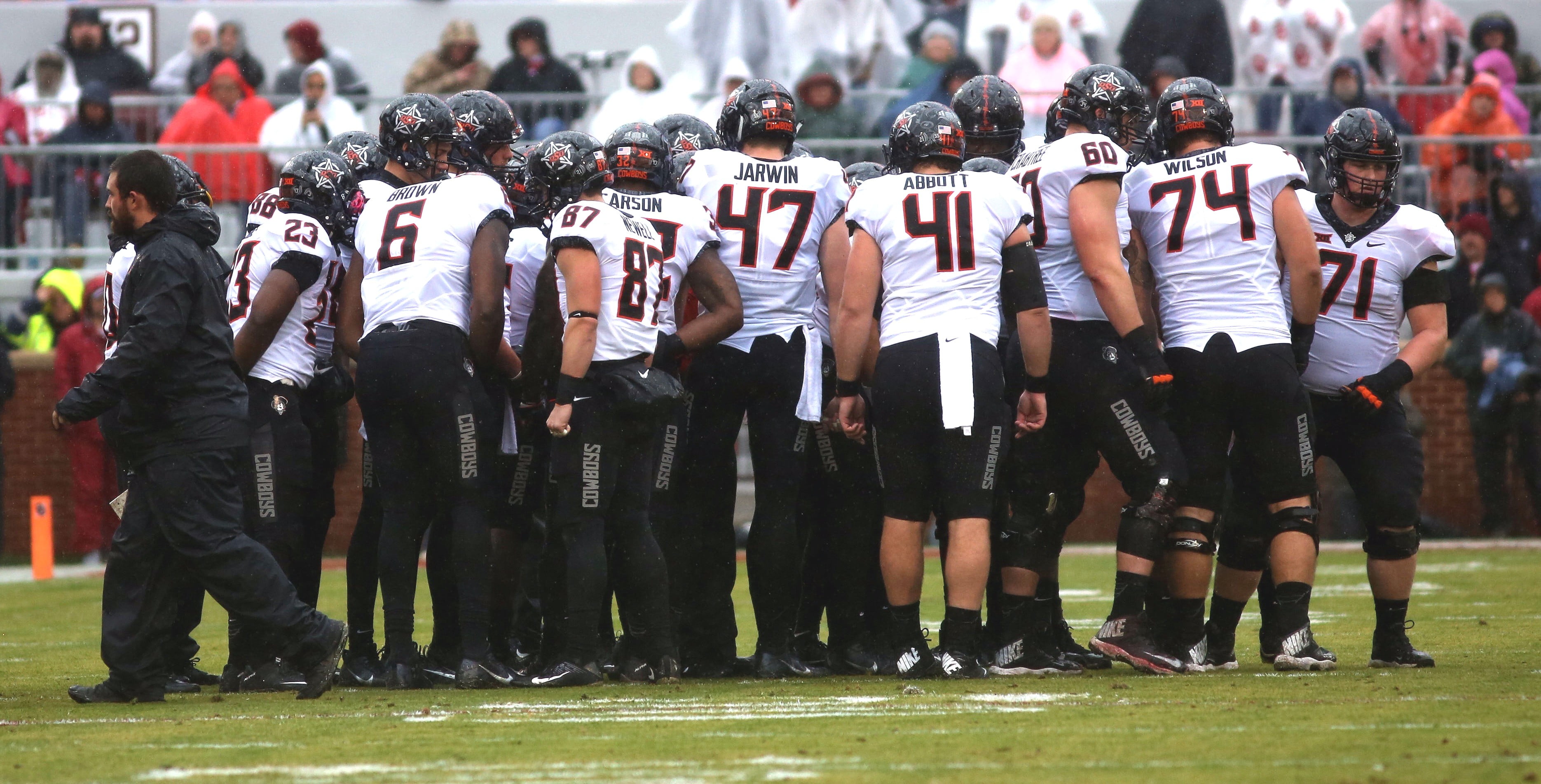 This is the final week of the regular season for grading OSU’s uniforms using a criterion consisting of five categories.

Four of the five categories are on a scale of 1-5. The helmet has its own rating. Aesthetics are a rating of the flow of the uniform as a whole. The intimidation factor is simply how intimidating the uniform looks. The accessories consist of a rating of the gloves, socks, shoes, and sleeves. Additionally, the Cowboys get a point for winning. A perfect score is 21 points for the GOAT. How did the Cowboys fare for Bedlam?

Originally a 4, the initial hype for this helmet has subsided for me. I think the black facemask looks much better on this helmet than the orange facemask, but I can’t get over the barbed wire. Bring back the brand logo.

Black-White-Black is one of the best looks the Cowboys have donned. It looks incredible with the black numbers instead of the orange numbers. That being said, the lack of orange for Bedlam surprised me.

They looked tough. They played physical. They looked about as intimidating as you can look on the road.

Nothing special for this game, but everything came together pretty well with the all black accessories. Tre Flowers stood out as he rocked the orange leggings.

It was a tough loss, but I have faith that the Cowboys will finish strong with an Alamo Bowl victory against Colorado.