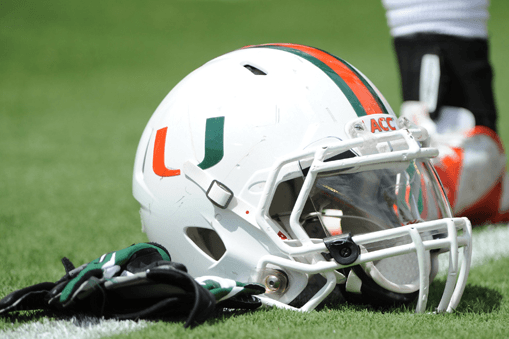 OSU’s on-field play in Manhattan was not strong but its uni game was. Justin Southwell, Carson Cunningham, and I break it down in this week’s Uni Roundtable.

Porter: They did it, guys. They attempted to exorcise the ISU demons from 2011. It didn’t work, obviously, but were as they good as you guys remembered them being?

Southwell: They looked awesome. I prefer the orange brand logo for that combo, but it was just cool to see them go with something seemingly so different with a tri-color look.

@pistolsguy black white Orange. Just like iowa st in 2011. The better team doesn't win when they wear those.

But Coach Snyder does not care. He’s got his own awesome uniforms.

Cunningham: They were every bit as good as I remembered. I have them at No. 1 in my ranks for a reason and not even Silly Pete could ruin them.

One thing I noticed for the first time: The stripe colors are perfect in this combination. That’s not always the case, like when the black pants (with a gray stripe) are paired with the orange jerseys. 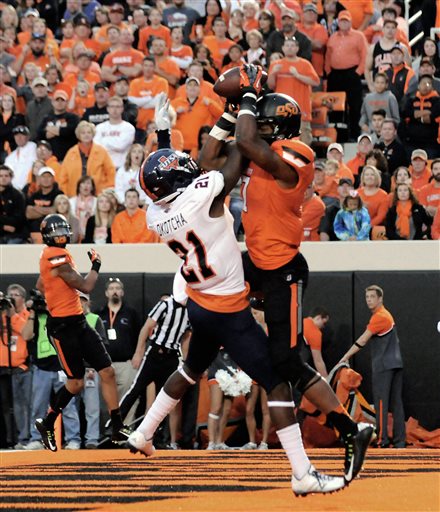 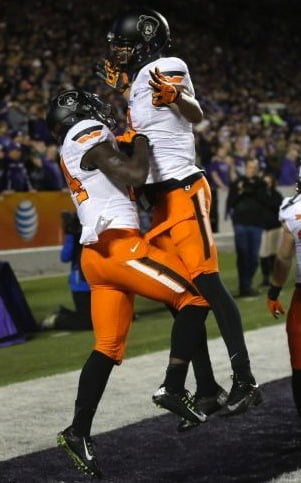 I’m happy they finally embraced B-W-O again. Sadly, this combo was a sacrificial lamb. It had no chance in Manhattan.

Porter: It really was. I think my favorite part was the black socks. It rounds out the tri-colored look so well. 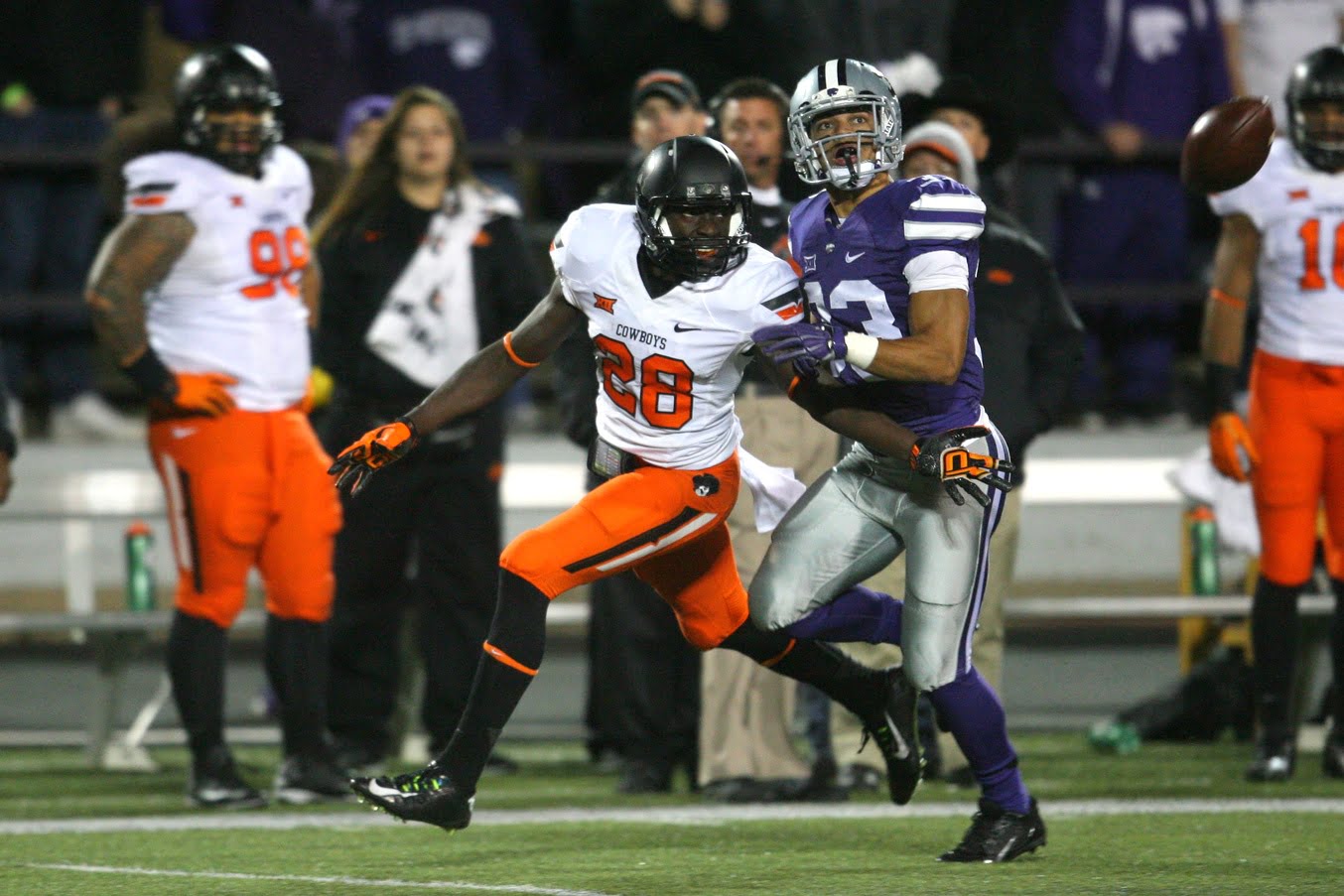 Also it’s good to know the tri-color ban doesn’t officially exist (unless they just wanted another game to point to as ammunition that it’s stupid — in which case, mission accomplished).

What else stood out this weekend? You guys know I loved that Florida-Georgia matchup. 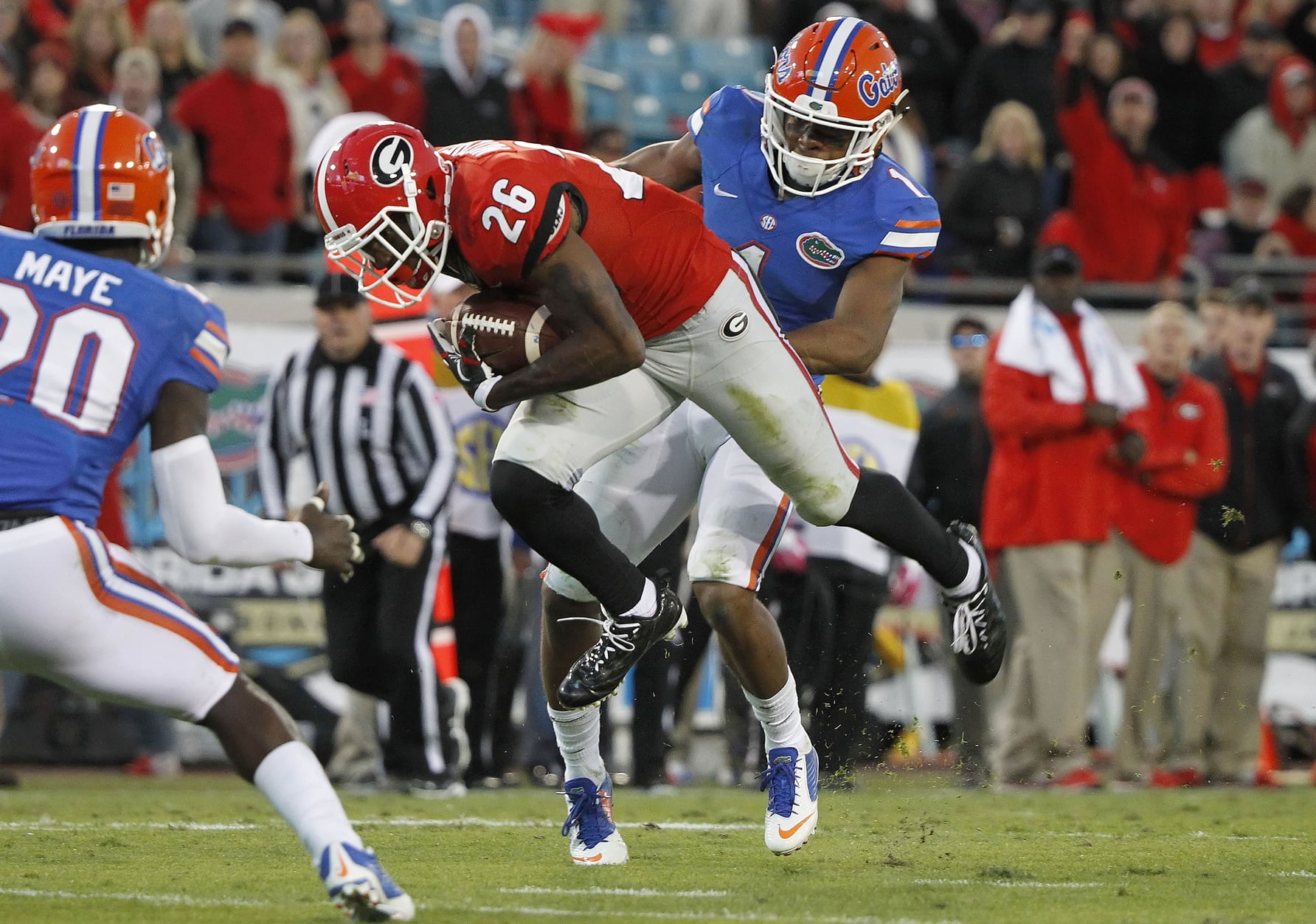 Also, Texas A&M was good, but maybe not as good as I’d hoped. 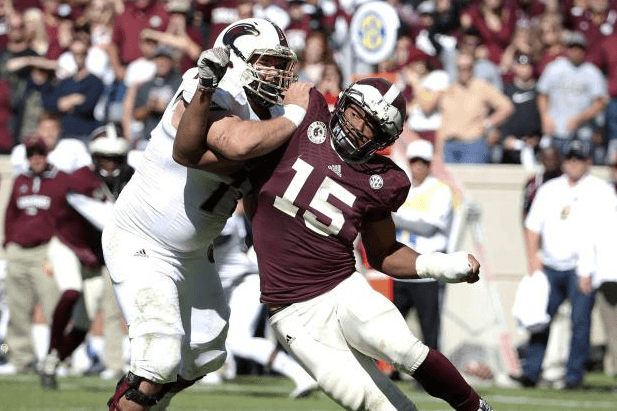 Lastly, what the hell, Tech? I mean, WHAT THE HELL?! 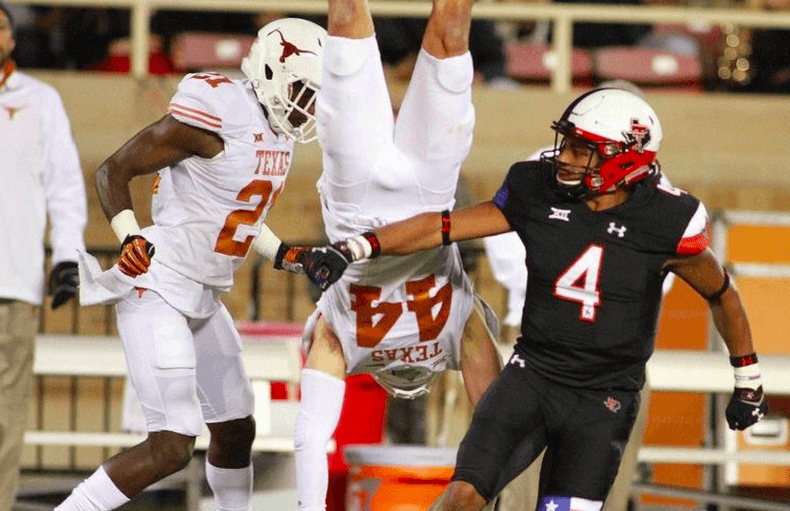 Southwell: They’re definitely our best tri-color and a close second is the same combo topped with Carbon Fiber (RIP), but I still have B-B-O as No. 1 overall.

The color vs color matchup for rivalries is incredible, and it really makes sense on a neutral field. Too bad it couldn’t work for teams with similar colors (e.g., Arkansas and Alabama).

Texas Tech should donate that stuff to the Oil Bowl (mainly because it doesn’t exist anymore). However, I could see an all-star high school Texas football team wanting to wear those.

Then Under Armour could plaster Oklahoma’s flag all over a helmet and we’ve got ourselves a hard-hitting Color Guard contest.

I see Adidas was emphasizing the RUIN in Bruins. 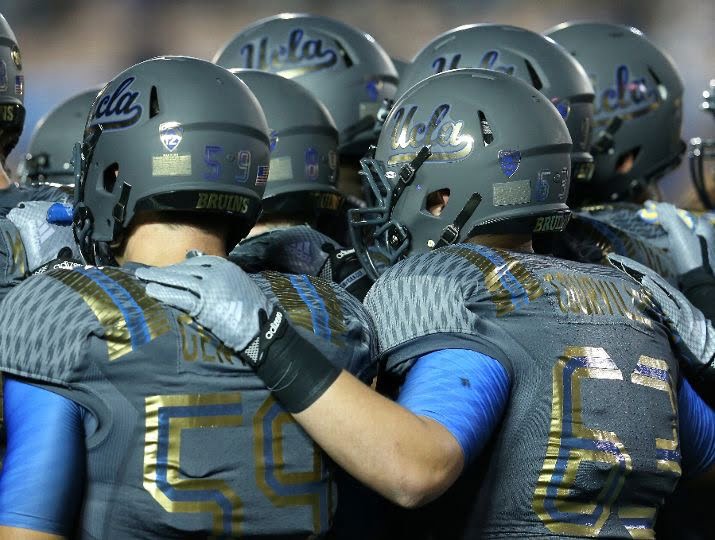 This guy didn’t want to be recognized: 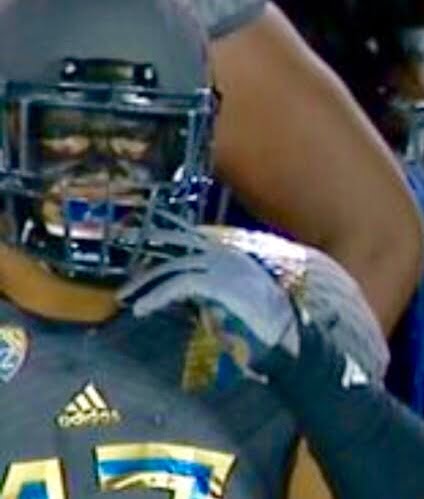 Cunningham: We have to give credit where it’s due, even if it’s Adidas. Texas A&M’s throwbacks were truly innovative. Loved the faux leather. The Junction Boys would be proud.

After all the goodwill Adidas has earned this season, Louisville’s uniforms made me want to puke. Florida State switching from gold to garnet numbers helped their road unis tremendously. 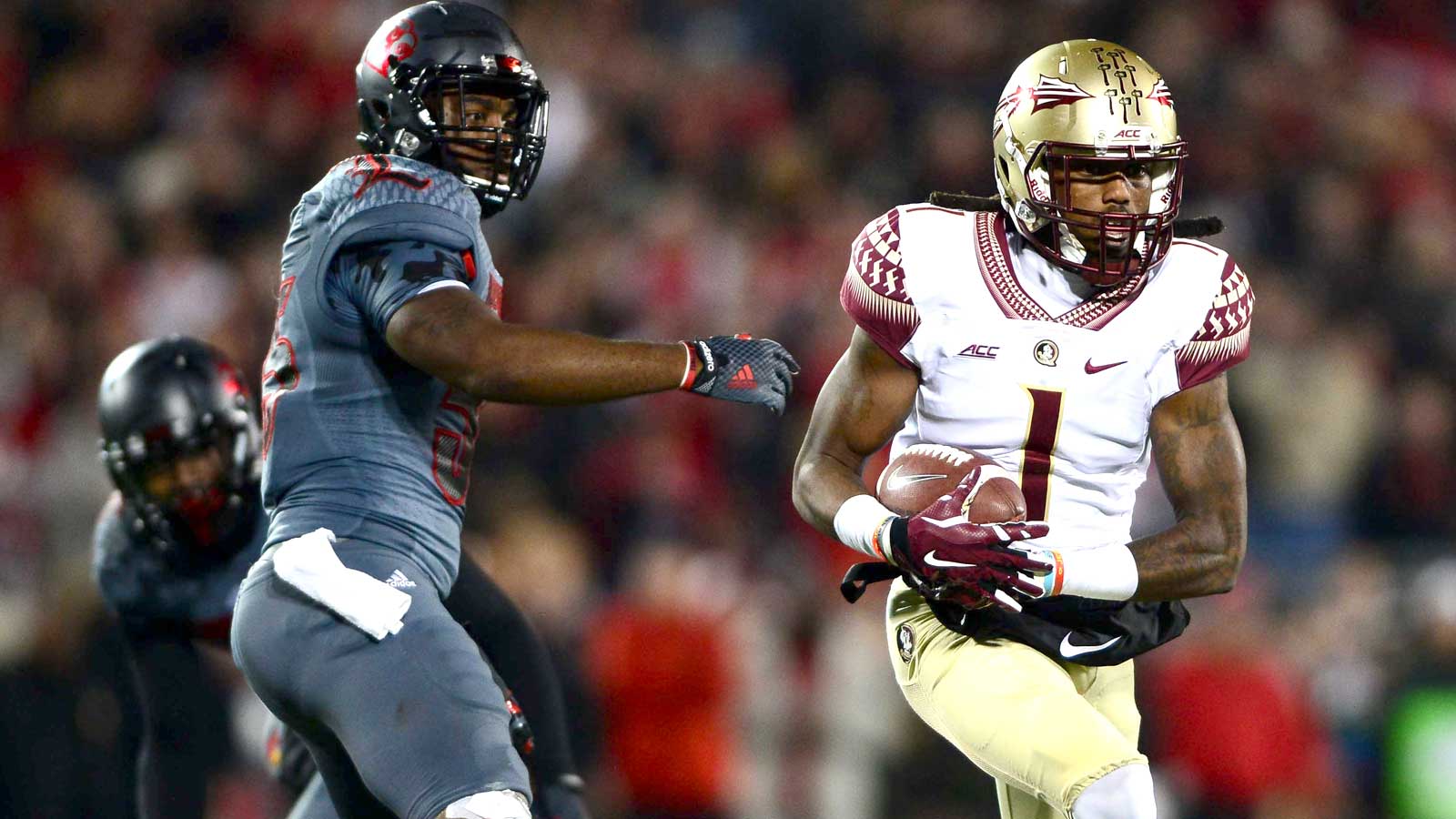 I still like their old threads, but they at least looked like Florida State again. Meanwhile, The Texas Tech “Texas Pride” uniforms were just outlandish. It just screamed “inferiority complex” to the Longhorns.

The color vs. color has a higher approval rating than Oregon’s uniforms. I wish more schools could compromise. It’s not a recent thing, either. Hopefully more rivalry games embrace it.

Porter: I love the subtle Gundy rant references littered throughout the lexicon of OSU fans. I tell my wife all the time “that ain’t true” when she accuses me of something I think I haven’t done (or vice versa).

UCLA’s unis were like if a blind person was trying to emulate what Oregon does. I don’t even know where to begin with that travesty.

Parting thought: If aliens go on an archaeological dig in 5,000 years which college football helmets would you want them to find (i.e. the most timeless, awesome ones)?

Cunningham: Even Mike Gundy still sprinkles in his rant sayings every now and then. After the West Virginia loss, “We live in a society that judges you based on wins and losses.” Society! Even to this day, I sprinkle them into every day conversation. And people still laugh.

If the aliens found this helmet, they would probably think it was just an updated model to theirs and try it on. 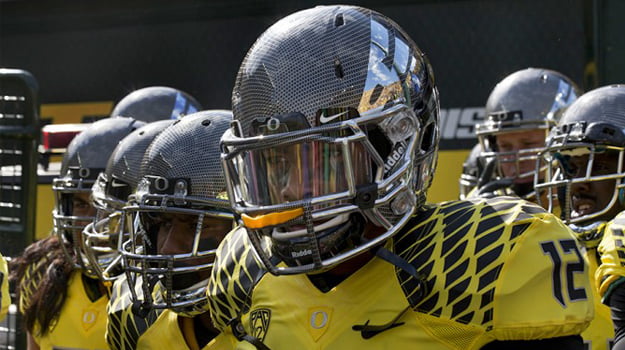 Southwell: Part of me wants them to find these: 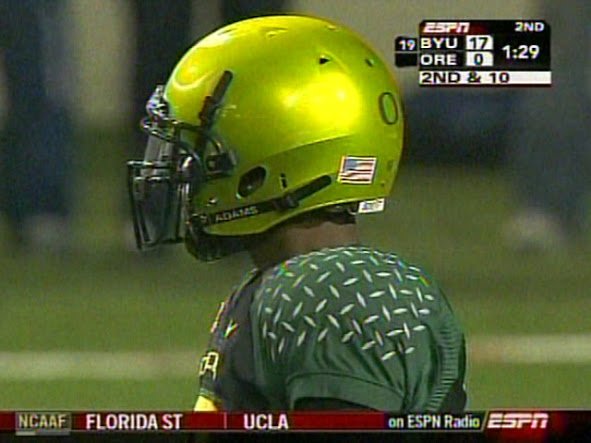 But if I had to pick one, I would want it to be timeless. So either one of these: 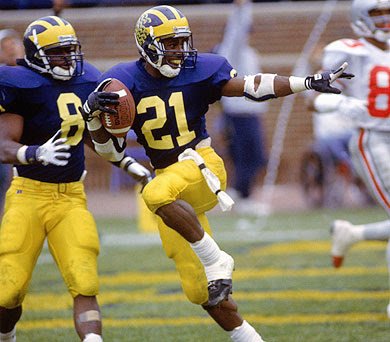 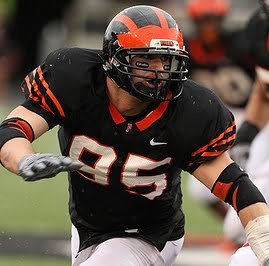 Porter: I’m a “The U” guy. Even an alien knows this helmet means (meant) business.