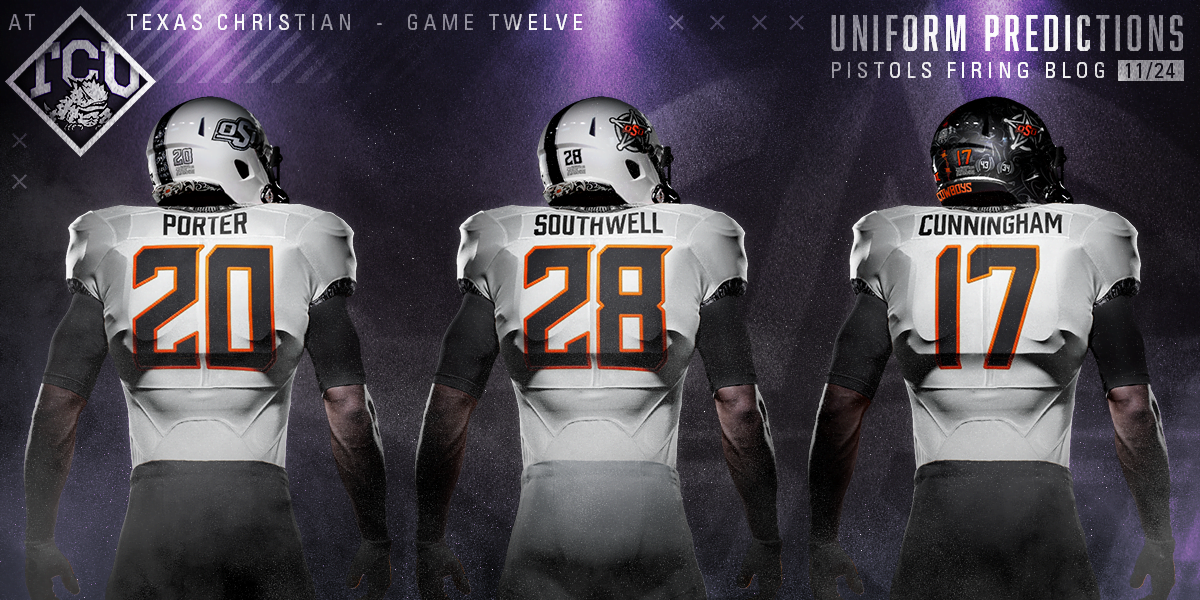 Justin Southwell has James Washingtoned us. We cannot catch him, even with two of 13 games still to go, and he’s trying to set an all-time mark that would be completely out of reach after hitting the exact two combinations (!) exactly right. Regardless we’re still playing out the string so let’s jump into the final uni predictions of the 2018 regular season. 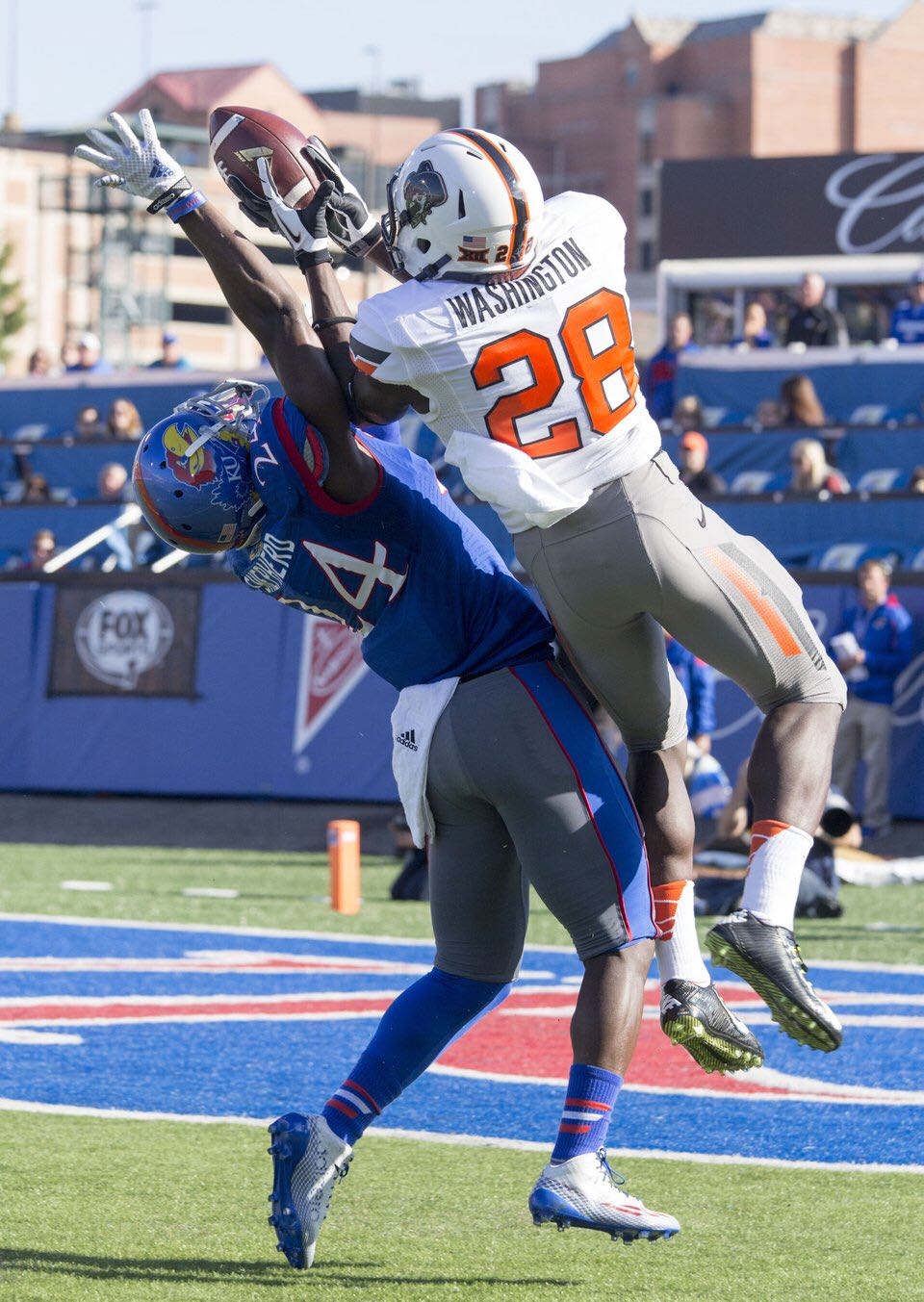 Southwell: The badge has been on the white helmet only three times. The last two times have been against TCU, so it seems to be reserved for the Horned Frogs. It’s one of my favorite helmets and I think it looks especially great with the away jersey. It’s rare to see gray pants three times in one season, but I think it will happen this year. OSU has worn a white and gray jersey/pants combo at least once in every season except 2013, so we’re due for that combo. I just want to see it paired with a white helmet because we haven’t seen that full combo since 2014.

Carson: BWB is one of the better, tried and true road looks. I doubt we go a full season without it. I wanted to go with the matte black badge helmet, but think we ultimately get another dose of Ed Hardy.

Porter: Last time OSU was in Ft. Worth, they wore white-white-black so I think we see it again, and I definitely think it’s either WWB or BWB since those two are staples on the road and we haven’t seen either. An aside: TCU wore those atrocious camo (?) unis last time the Pokes visited as seen here on Kenneth Trill. So many options, and they chose that one! 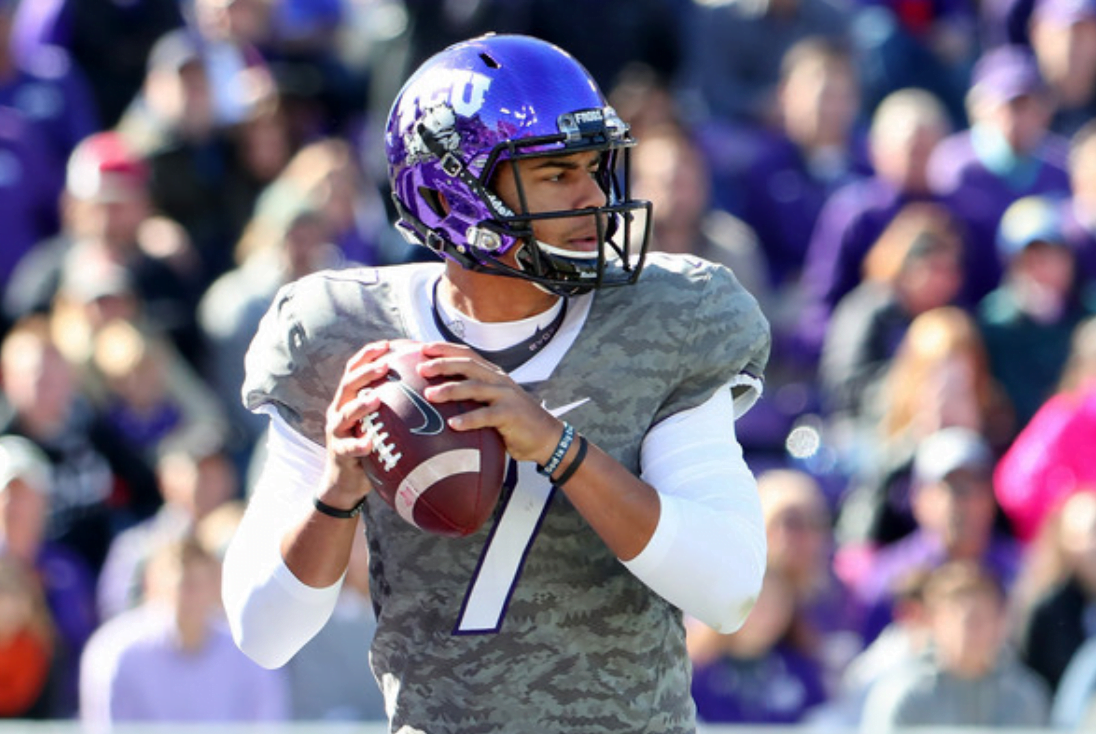