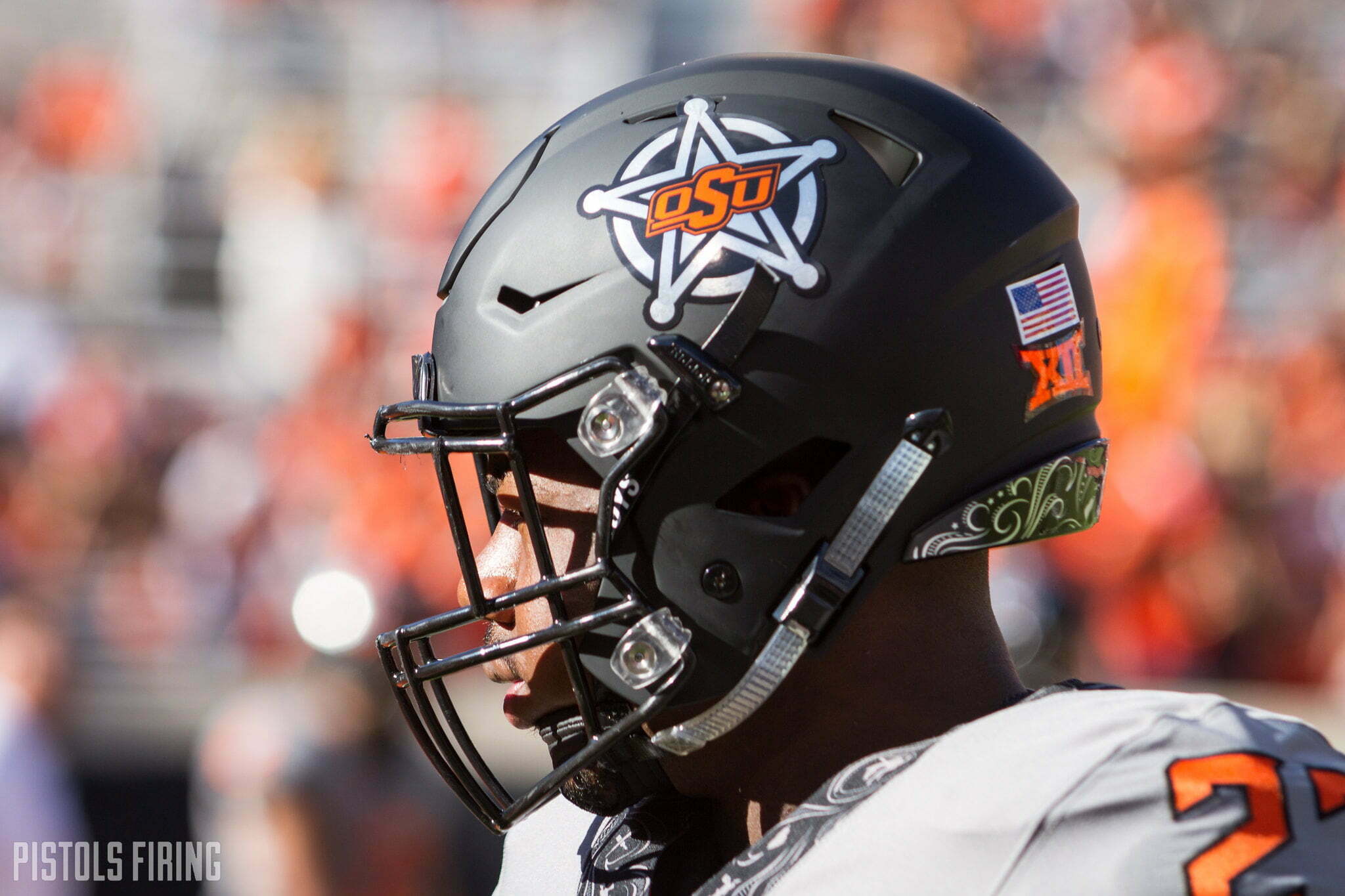 It’s OSU-Texas Tech week, and it’s time for another uniform prediction from Kyle Porter, Justin Southwell and Carson Cunningham. After a dicey first two weeks, at least one of us has nailed each of the last three exactly. Here’s a look at the current standings.

Kyle Porter (12 pts): I’m going with an amalgamation of the last two combos we’ve seen from the Pokes in Lubbock. In 2015 they went all-white with Icy Pete on the lid, and in 2017 they went black-white-gray, which was a strong (and maybe even a little underrated) look. This year, I’m saying WWG with IP on the helmet. It’s a uni they actually wore at Tech in 2011 (minus IP) and again in 2012 at Arizona. They wore it one final time in 2014 at KU, but we haven’t seen it since then. I hope we do again this weekend.

Justin Southwell (14 pts): We tend to see something new every time OSU plays Texas Tech. Most of the time it’s a new combo:

I think we’ll see a new helmet this year. Take the icy brand logo from the 2018 Kansas game and slap it on a matte black helmet with a chrome stripe and a chrome facemask. This hypothetical helmet could work well on the road with white, gray, or black pants. I think this weekend it would look incredible paired with the black-numbered white jersey and black pants. 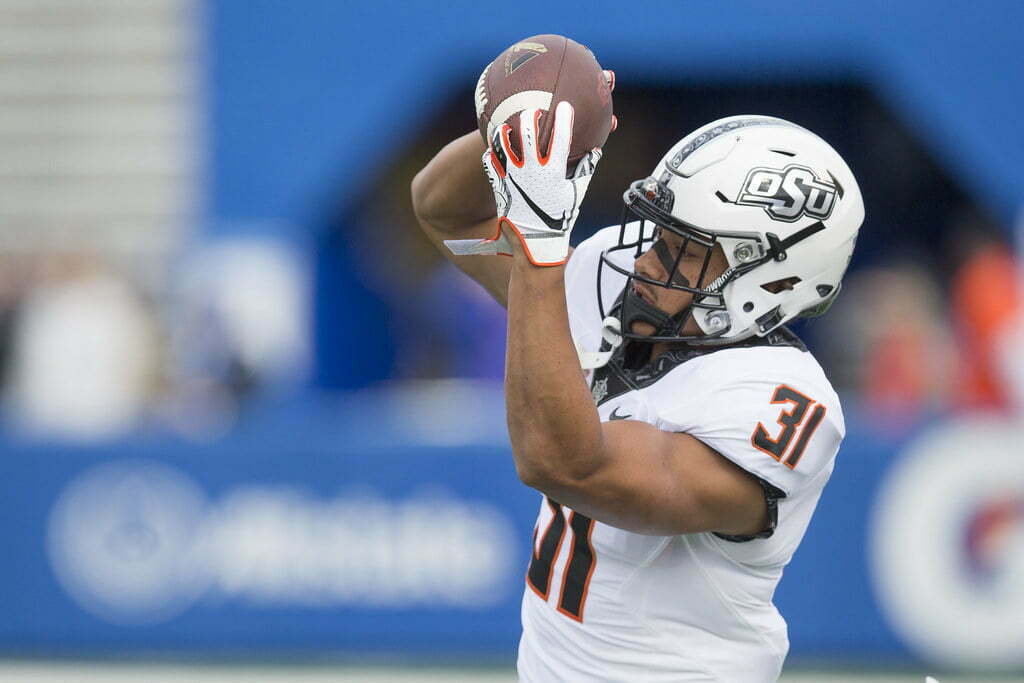 Carson Cunningham: I kind of think they’ll hold all-white with Icy Pete for Iowa State. They’re running out of opportunities to wear black-white-black, which is one of their favorite combos. I’ll go with that. I’m also going with the badge with the chrome face mask. They wore that helmet last time they went to Lubbock, but with black pants this time instead of gray pants.