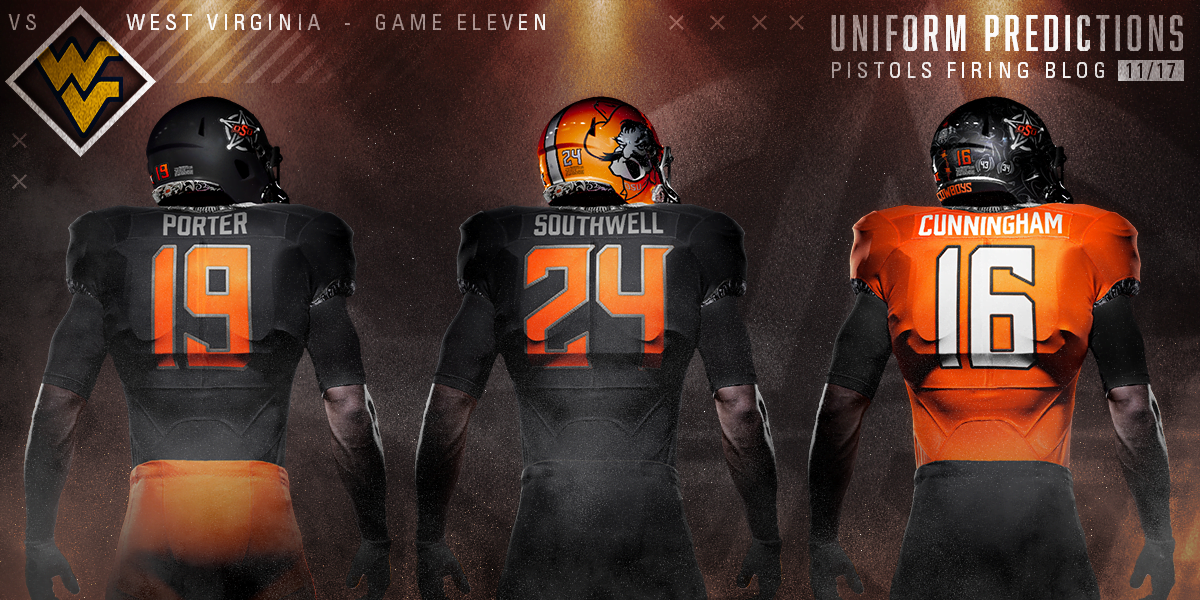 The last home game of 2018 takes place today in Boone Pickens Stadium, and what has been a pretty solid home uniform season (anytime you go Barry Sanders throwbacks, nothing else that happened matters) will come to a close today. With that, our picks (which also don’t matter because Southwell has run away and hid).

Kyle Porter: I don’t really believe they’ll go black-black-orange, but I didn’t want to steal Carson’s. Black-orange-black seems like the most likely combination, especially coming off a week in which they wore the orange pants. If they wear any of the three combos we’re proposing, I’ll be pleased.

Carson Cunningham: This combo is up there for me with all black everything. It seems like one they wear at least once a season, and since we haven’t seen it yet in 2018 I’m going to say they bust it out for the BPS finale.

Justin Southwell: This is a tough one to pick because you can’t really base this off of past home games vs WVU.

The past two WVU home games have had throwback helmets, which is traditionally reserved for homecoming.

I really want to see B-O-B with the brand, but OSU just wore that helmet last week, so I’m guessing it won’t make back-to-back appearances. This leaves me with my pick of O-B-B. We haven’t seen Chrome Pete at home this season. It would be the first year we haven’t seen it at home since its first appearance in 2014. As much as I’d like to see orange chrome with a badge, I don’t think it’s happening this year.