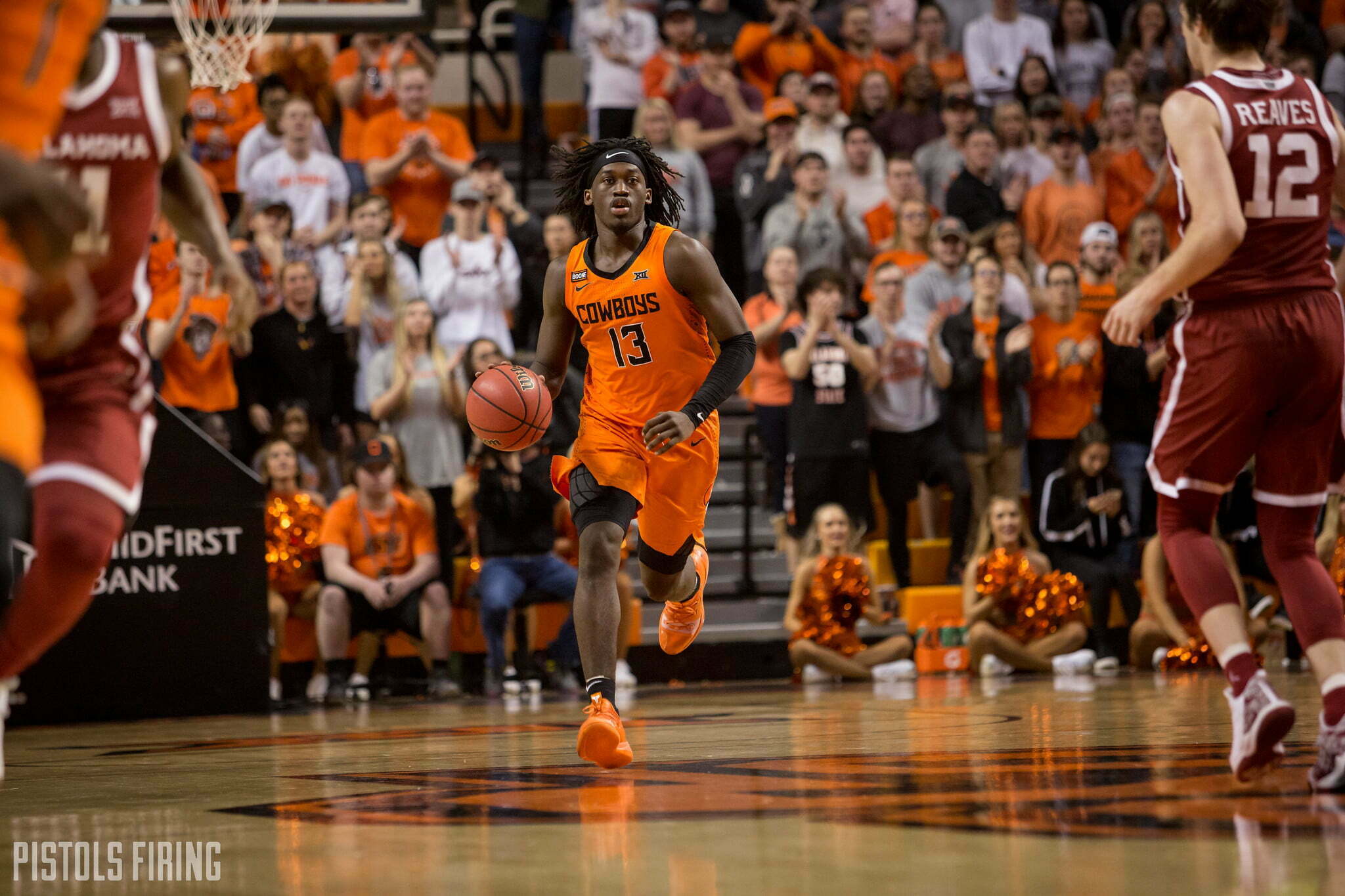 Cade Cunningham and Isaac Likekele seem confident their similar styles of play will mesh well together for the Cowboys this upcoming season.

Both are big-bodied point guards who can score but are probably at their best when creating for others. Cunningham and Likekele enter the season as Oklahoma State’s presumptive best players, but questions have arisen about how well these two lead guards can coexist, a thought the OSU basketball Twitter account mocked Wednesday with a clip from the pair’s time on Team USA last summer at the FIBA U19 World Cup.

“I really fell in love with the fact that he’s a guy that’s going to do whatever it takes to win,” Cunningham said of Likekele on Wednesday. “He doesn’t have a high ego at all. He’s going to do whatever it takes. Being the defender that he is, the hustler that he is, along with him being such a good playmaker, I feel like me and him will be able to play off each other really well.”

That idea of Likekele doing whatever it takes to win is something similar that Likekele said of his fellow Arlington native in late April.

“I mean, neither one of us are selfish,” Likekele said. “We’ve seen multiple times where I’ve had games where I’ve shot two, three shots maybe. Everybody would be like, ‘Why is Ice so unaggressive tonight?’ Cade gets the same thing. People tell him he should be shooting the ball way more, so I feel like this is gonna be one of the most unselfish situations I’ve ever been in.”

The two will also get powerful practice reps out of each other. On Tuesday, PFB went over Cunningham’s 6-foot-7.5 measurement and listed that height compared to that of the Big 12’s other point guards. Here is a quick refresher of the league’s point guards from last season:

Cade is clearly taller than all of that group, with the second tallest being Likekele.

“Ice is gonna push you,” Cunningham said. “I’ve already played with Ice. He’s not gonna give you anything easy, so having a full year of practicing with that, I feel like that’ll be a bigger challenge than most games. I think that’ll make a lot of games a lot easier because he is one of the better perimeter defenders in the country, I believe.

“I’m gonna defend as well, so I’m going to make it hard on them. They’re going to have trouble scoring on me also. Just having that competitiveness, that’ll really translate into games. It’ll also bring that energy to the rest of the team when we play, so I feel like that’ll be big for us.”