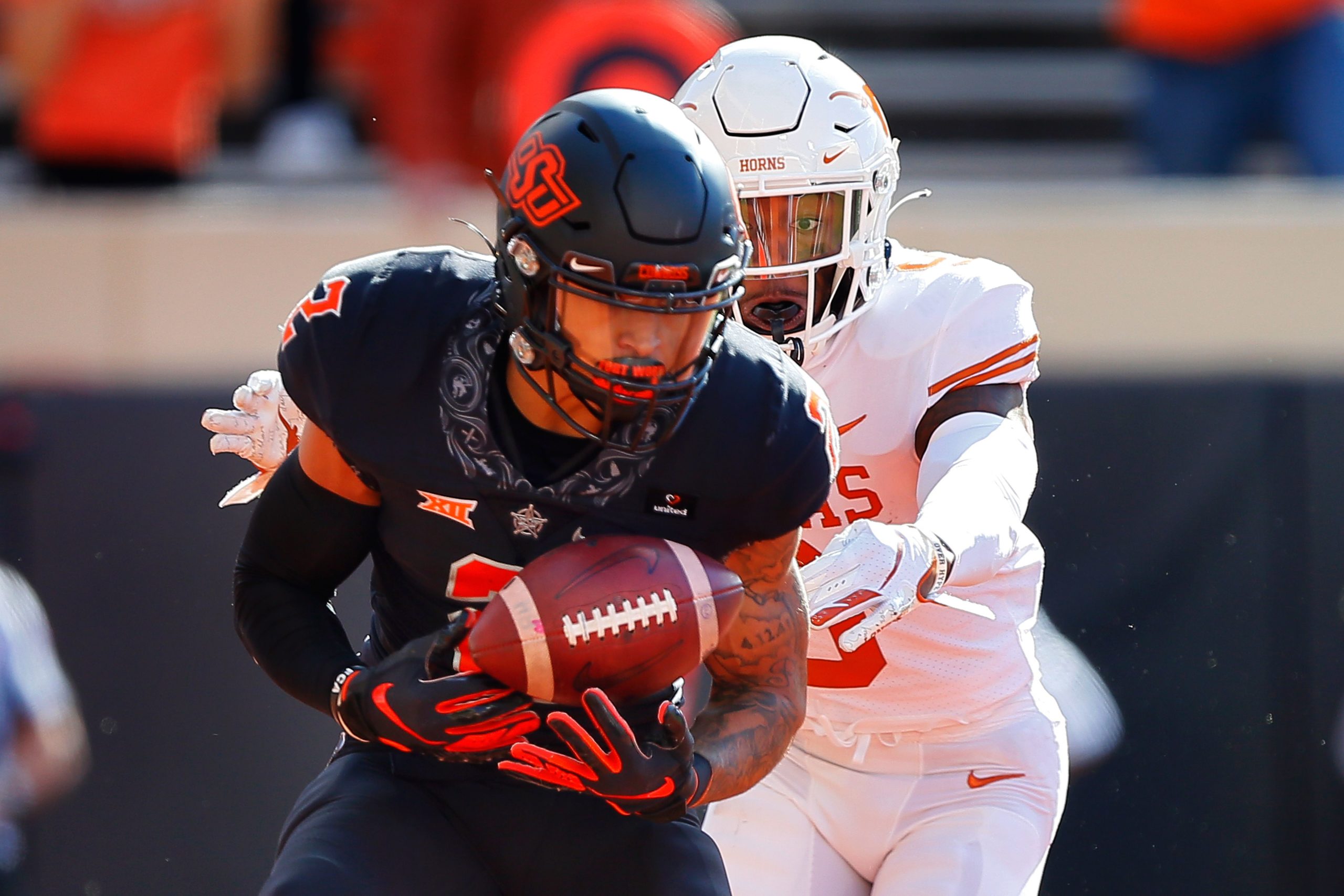 Oklahoma State’s tough-to-digest 41-34 loss to Texas on Saturday knocked the Pokes out of the top spot in the Big 12 standings and into a crowded mix of one-loss teams within conference play.

They are now 4-1 overall and 3-1 in the Big 12, joining Iowa State and Kansas State as the only teams in league play to have taken just one loss. It keeps them ahead of OU, Texas and West Virginia — the teams who have taken two losses already in conference play — but it certainly eliminates the margin for error moving forward in their quest to win the league.

Here’s a look at the updating standings through Saturday.

As bad as the loss was for OSU’s playoff hopes — and potentially for its conference championship hopes — everything remains in front of this team. K-State is on deck next weekend, and a win there puts OSU back up a rung. And we already know that if a tiebreaker is needed between Iowa State, OSU holds the edge after winning last week.

It’s still a difficult road ahead for OSU. Four of the next five games to close the regular-season are on the road — and one of those is surging OU, while the other is top-20 K-State. There’s not an easy path forward. But one loss is, in fact, just one loss. The Pokes’ positioning has softened a bit but they still control their own destiny moving forward and have as good a shot as any to be in the mix in Arlington playing for the Big 12 championship next month.