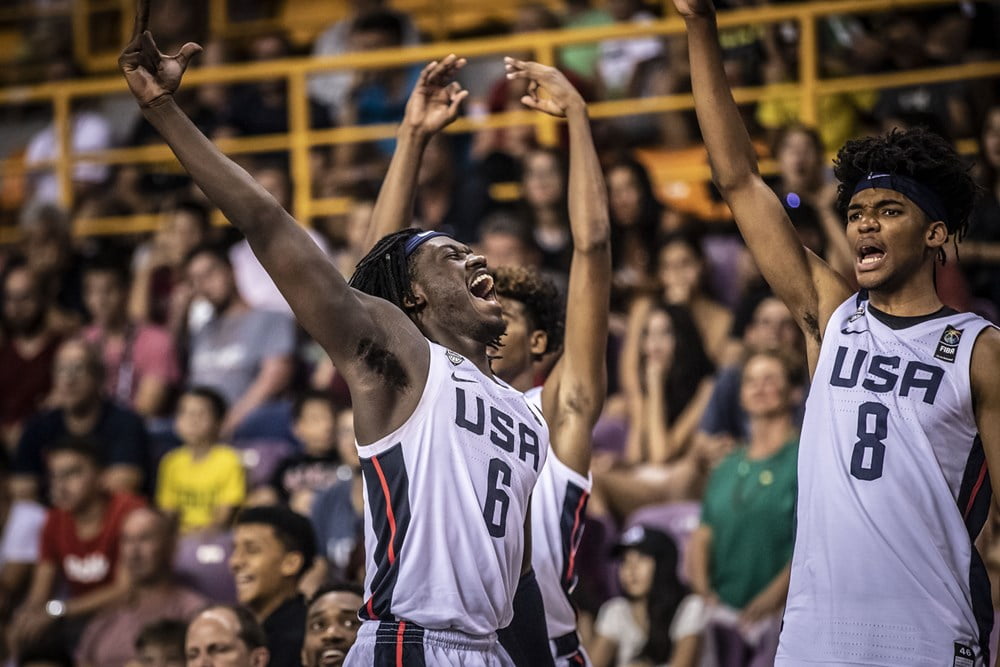 The last basket at the U19 FIBA World Cup was a Cade Cunningham dunk off an Isaac Likekele assist.

The United States defeated Mali 93-79 in the U19 FIBA World Cup Final on Sunday in Greece. Likekele, an Oklahoma State sophomore, and Cunningham, OSU’s top 2020 target, made quite the impact on the final.

After a slow start for the Americans, Likekele scored the USA’s first field goal nearly four minutes into the game. The Americans trailed 11-5 after the make.

Likekele finished the game a point shy of a double-double, as he had nine points and 10 rebounds. He also dished two assists and his +15 was the second best in the game.

The Americans led just 42-40 at the half after entering as a heavy favorite. It didn’t take long in the second half for the U.S. to prove why it was the favorite, as the Americans started the third quarter on a 12-0 run.

Cunningham also had seven rebounds and a game-high seven assists. This one to Scottie Barnes was a particularly beautiful play:

This marks the seventh time the United States has won the U19 World Cup. This is the 14th time the event has taken place. The Americans last won the event in 2015, the last time it was in Greece. In 2017, the USA finished with a bronze medal after RJ Barrett and Canada defeated the Americans in the semifinal.