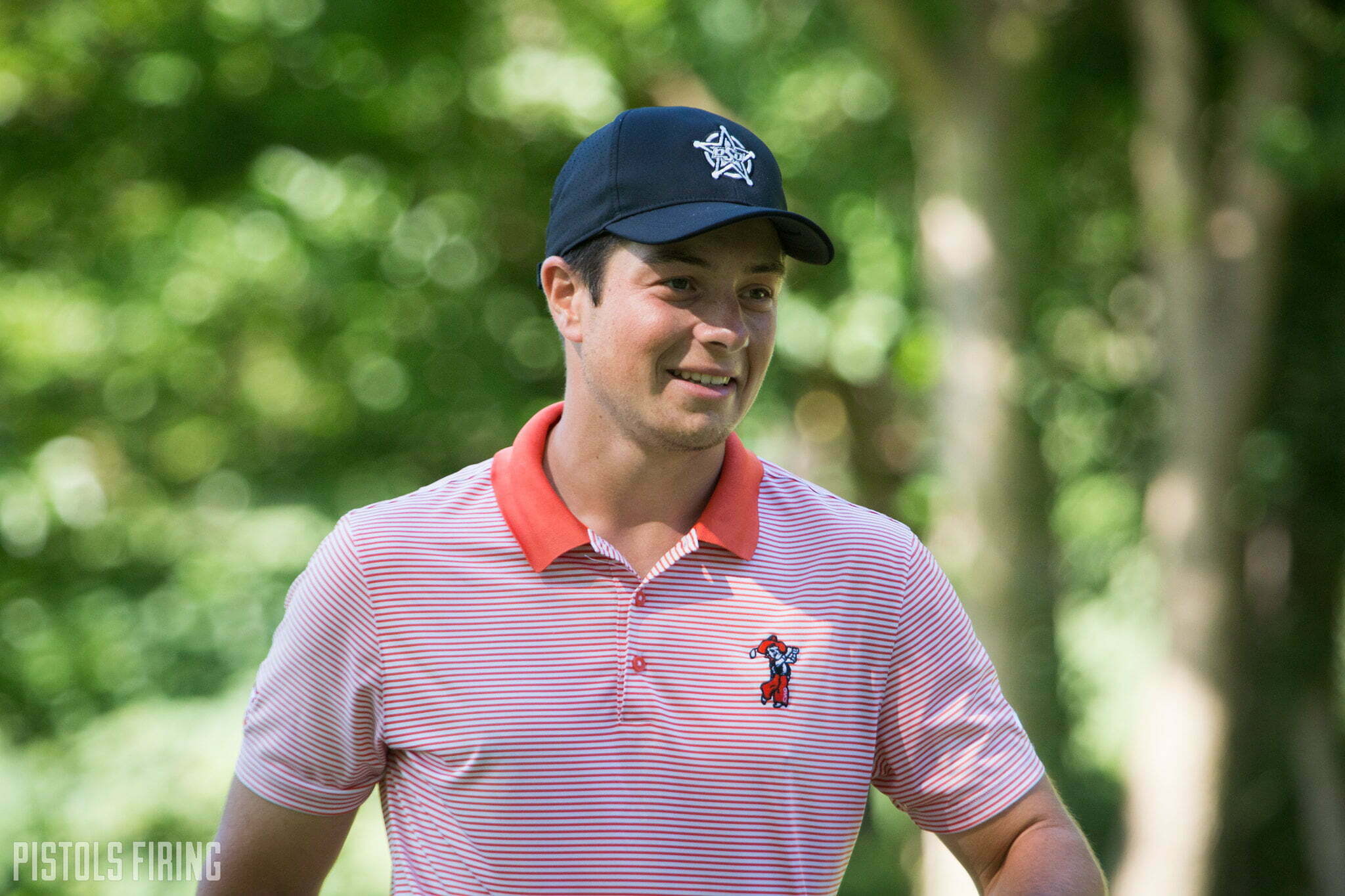 Viktor Hovland needed a T2 or better finish at the Wyndham Championship in Greensboro, North Carolina this weekend to earn his 2019-20 PGA Tour card. He finished solo fourth, two strokes back of second.

There’s way too much math involved, but Hovland — a current non-member of the PGA Tour — needed to match this year’s No. 125 golfer in terms of FedEx Cup points. That golfer is Pat Perez, who had 376 FedEx Cup points. Hovland ended this season a handful of points short of that in just five starts as a pro on the PGA Tour.

It’s kind of a bummer of an ending to the regular season for Hovland given his success at the majors as an amateur don’t result in FedEx Cup points (only points earned as a pro count toward your total). To give some perspective here, Hovland had nearly as many top-25 finishes on the PGA Tour in 2019 as Jordan Spieth did.

Additionally, Hovland’s contemporaries — Matthew Wolff and Collin Morikawa — both earned their cards for 2020 with wins. It’s also important to note that this never happens. For one player to turn pro after the college season and earn his card is almost unheard of. For two to do so and a third seriously threaten in the last event of the season is staggering.

Hovland again did it with his driver at the Wyndham. He led the field in both driving distance and strokes gained off the tee at Greensboro, and has been a machine in both categories all season. He shot his fourth straight final round of 65 or better with a 5-under 65 on Sunday and got to the last four holes with a real shot at T2 but played them in just 1 under.

They're playing for 24 cards at Korn Ferry Tour Finals.

It’s probably cuz I’m “in the biz” as they say, but I have this sneaky suspicion Hovland is gunna get his card in the KF playoffs

“It’s been a long five or six weeks, but it’s been a lot of fun,” Hovland said. “I felt like I got a lot better throughout the last month and a half.”

So now what? Well, there’s plenty of good news for Hovland. He easily qualified for the Korn Ferry Tour (formerly Web.com Tour) Finals, which starts in two weeks at the Nationwide Children’s Hospital Championship. All golfers on the PGA Tour (including non-members like Hovland) ranked between No. 126-200 on the FedEx Cup list (or the equivalent of for non-members like Hovland) get a pass into the four-event finals.

Hovland a casualty of the new schedule. Before a US Am Champ could play the Masters & US Am and get his 7 allotted sponsor exemptions. Now there are only 5 full field events between the US Open and the FedEx Cup Playoffs. Shame he will have to go to the KFT Finals.

The top 25 in points in those four events will get their PGA Tour cards for 2019-20. Hovland isn’t guaranteed a spot of course, but he’s playing like a top-25 player on the big boy circuit so I see no reason why he wouldn’t go to the KFC Tour and crush.

So yeah, it’s a bummer that he didn’t finish a few spots higher at Wyndham and that his amateur events don’t count toward the FedEx Cup, but I still expect to see plenty of him and his horrendous fist pumps on Tour in 2020.

Viktor Hovland breaks down his impressive round of 64 (and less impressive celebration skills) with @Amanda_Balionis. pic.twitter.com/507yebEX6o