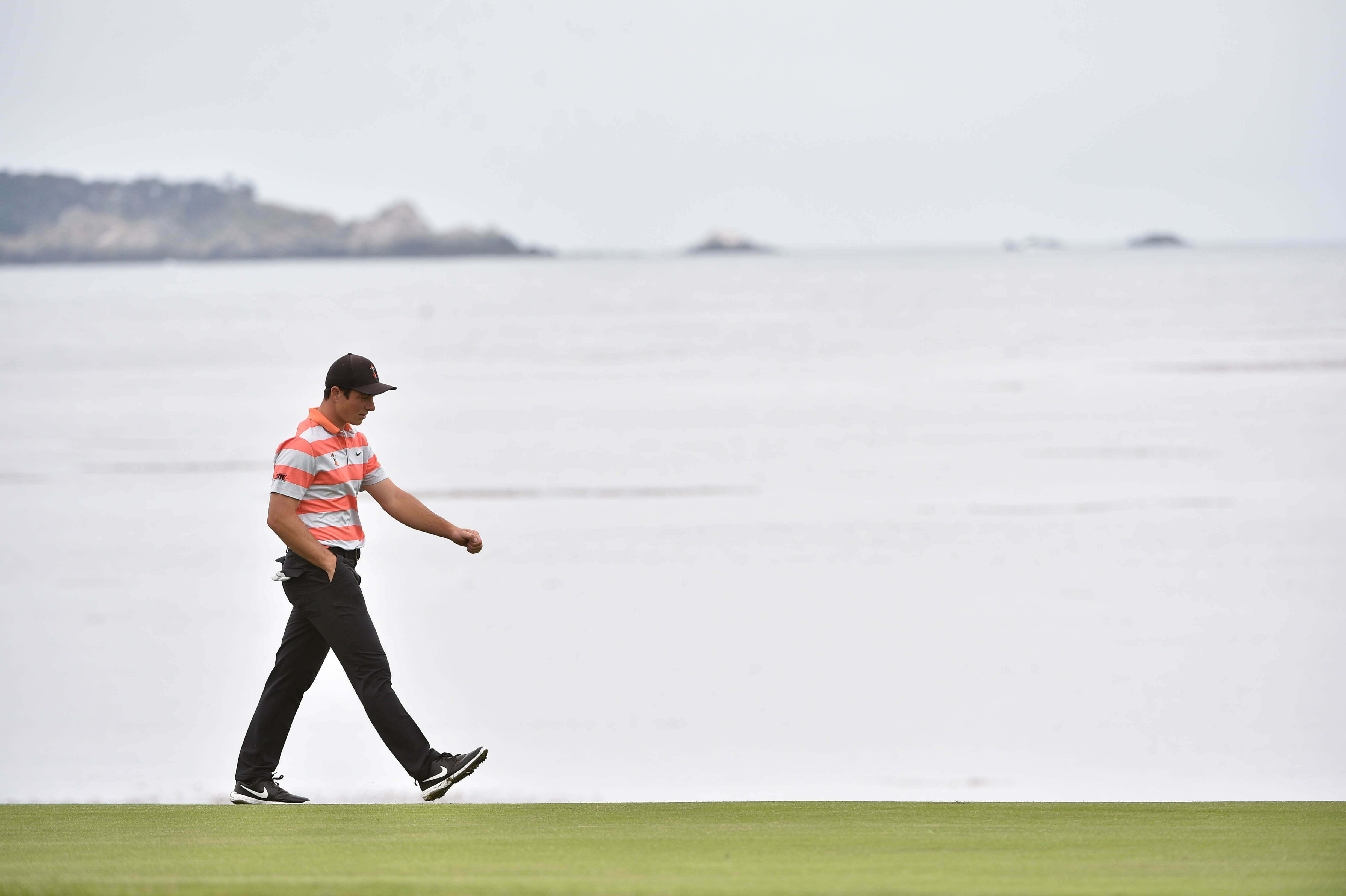 PEBBLE BEACH, Calif. — He’s technically still an amateur, but the (a) next to Viktor Hovland’s name is only a technicality. After 36 holes at Pebble Beach for the 119th U.S. Open, Hovland is even par, tied with Tiger Woods, T32 on the leaderboard and currently tied with Charles Howell III for low Poke in the field.

After Rickie Fowler fired a 66 on Thursday and Hovland got off to a scorching early start, both players faded on Friday a little bit. Fowler more so than Hovland. The former shot 66-77 (!) while Hovland followed his 69 with a 73 in Round 2.

On Wednesday, I talked to OSU coach Alan Bratton after Hovland played a practice round with Fowler, Austin Eckroat and Dustin Johnson. Hovland, he noted, has more competitive experience than most pros on this course. OSU plays an annual event here. He played over 100 holes at last year’s U.S. Amateur. He might not be a seasoned pro quite yet (although he does play like one at times), but he’s certainly more seasoned than lots of pros at Pebble Beach.

That was evident in the first two rounds. Hovland actually leads the field in strokes gained off the tee, but he’s been just mediocre everywhere else. After he burned bright in Round 1 and played the first six holes in 4 under, he’s played the next 30 in 4 over.

“I don’t feel like I had my best stuff,” said Hovland. “I’m not hitting it quite where I want to and how I want to. So that really gives me a lot of comfort knowing that I can hang with the best in the world with not quite my best stuff. So, yeah, that makes me feel really good.”

Hovland isn’t going to win this week, but he seems to be proving that this stage isn’t too big for him. Making the cut at the Masters at Augusta National or the U.S. Open at Pebble Beach could be considered a fluke. But to do both in the same year, 100 days apart? You can fake a lot of things in golf. I don’t know that you can fake that.

I’m excited to see what he does next week at the Travelers Championship in his first one as a pro, but as he told me on Wednesday, that’s next week and the U.S. Open comes first. Two more rounds as an amateur. Two more laps around a place he’s owned for most of the last two years. I don’t know what’s coming as the USGA turns up the heat on Saturday and Sunday, but I’m guessing Hovland will handle it like the pro he (almost) is.