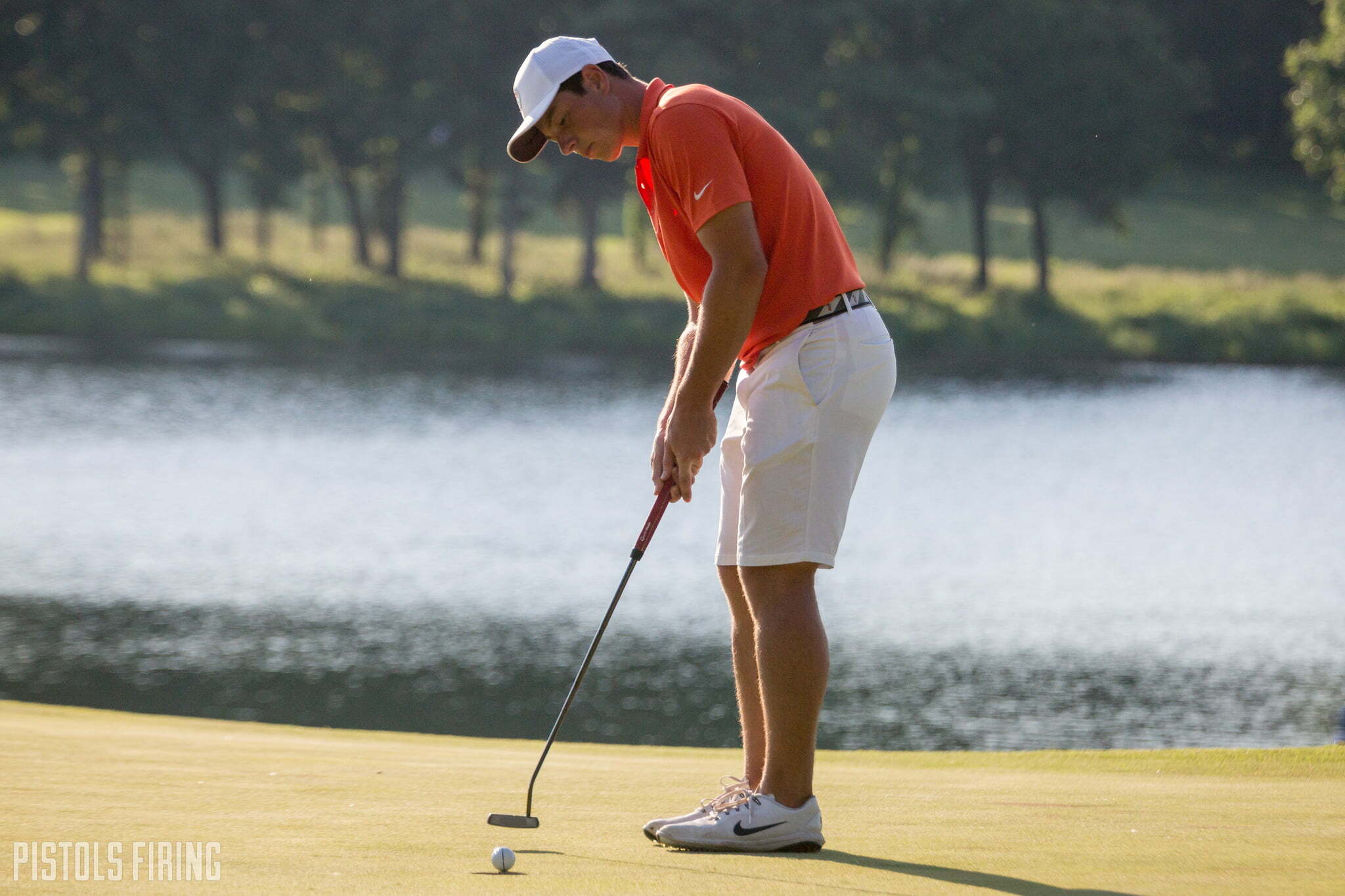 STILLWATER — In a few weeks, Viktor Hovland will be the first Norwegian golfer to participate in The Masters, but that’s not an accolade that’s overly important to him.

The sport isn’t as big of a deal in Norway as it is in America, and neither is Augusta’s prestigious tournament. Hovland said the best memory he had of watching the Masters was watching Adam Scott beat Angel Cabrera a playoff in 2013, only six years ago. He said that was the first time he watched extensive coverage of the event. As far as being the first male golfer from his country to participate in the event, Hovland said that’s something that comes with the success he intends on having.

“If I’m gonna achieve a lot of things that I hope that I can, I’m gonna be doing a lot of first things as a Norwegian,” Hovland said. “So, I try not to, in a sense, put the bar that low if that makes sense. There’s only one guy on the PGA Tour that has had status from Norway. I try not to think about that too much. I just want to be a good player.”

Hovland was the first Norwegian to win the U.S. Amateur, a feat he did in August, securing his spot in the Masters. He has competed in three PGA events as an amateur, making the cut at the Arnold Palmer Invitational earlier this month.

He has also competed in some high-pressure collegiate events, winning a team national championship last season.

“I think playing in the U.S. Amateur and even the national championship out here, it’s definitely prepared me to play on a bigger stage,” Hovland said. “I’ve also gotten to play on a couple PGA tour events and you get used to the crowds being around you and TV cameras up in your face. That definitely helps a lot, but there’s nothing given to you. You still gotta preform well.”

After his U.S. Amateur victory, Hovland sat down with OSU coach Alan Bratton and the two laid out Holvand’s schedule and some of his season goals. On of those goals was the be the collegiate player of the year. To track that goal down, Hovland has had to turn down some opportunities to play on the PGA Tour so he could participate in collegiate events. Bratton said Hovland turned down the Valspar Championship this week in Florida to be with his team for the Valspar Collegiate, where Hovland finished fifth.

Hovland’s biggest competition for college golf’s player of the year is on his team, as Hovland and Matthew Wolff have traded wins for much of the season. Golfweek has them No. 1 and No. 2 in the country right now.

Matthew Wolff and Viktor Hovland have played 15 rounds together this season. They’ve both taken 1,027 strokes.

Wolff has a 3-shot lead over Hovland entering the final round of the Valspar Collegiate. https://t.co/dutz5Br6uv

The Cowboys are the nation’s top-ranked team, and Hovland said the competition within the team, not only with Wolff, helps drive the Cowboys’ success.

“He’s a teammate and you want him to do well, but you want to do better,” Hovland said.

As he did at the U.S. Amateur, Bratton will caddie for Hovland at Augusta. It’s the third time Bratton has the opportunity to caddie for a Cowboy at the event. He did so for Peter Uihlein after Uihlein’s 2010 U.S. Amateur victory, and Bratton caddied for Jordan Niebrugge when Niebrugge got invited after winning the 2013 U.S. Amateur Public Links Championship.

As focused as Hovland is on playing well, Bratton said he is going to try to make Hovland enjoy the moment. He said Hovland will stay in the Crow’s Nest some, and Bratton said he thinks Hovland being in the moment will ultimately help his play.

“I’m gonna encourage him to take in the moment,” Bratton said. “It’s not just another week. Certainly approach the competition that way. It’ll be great for him to see how he stacks up. He’s never played a major championship, but there’s no expectations on him. No one’s expecting him to contend. I hope that he does, but I’m going to encourage him to look around and enjoy the walk. That’s part of it.

Neither Uihlein or Niebrugge were able to make the cut as amateurs at The Masters. It’s a hard ask for the young players going up against golf’s elite, but with his PGA Tour experience, Hovland isn’t going to shy away from going to Augusta and playing as well as he can.

“You’ve got Tiger out there and Jordan Spieth, those guys standing right next to them on the range, that’s a little different,” Hovland said. “That’s a little change, but they’re just normal people. They hit the ball really well, and they do stuff that’s really, really good.

“But, I still think if I play my game, I can beat those guys. That’s kinda the mindset I think you need going into those tournaments. You can’t just be awestruck forever, but it’s pretty cool.”