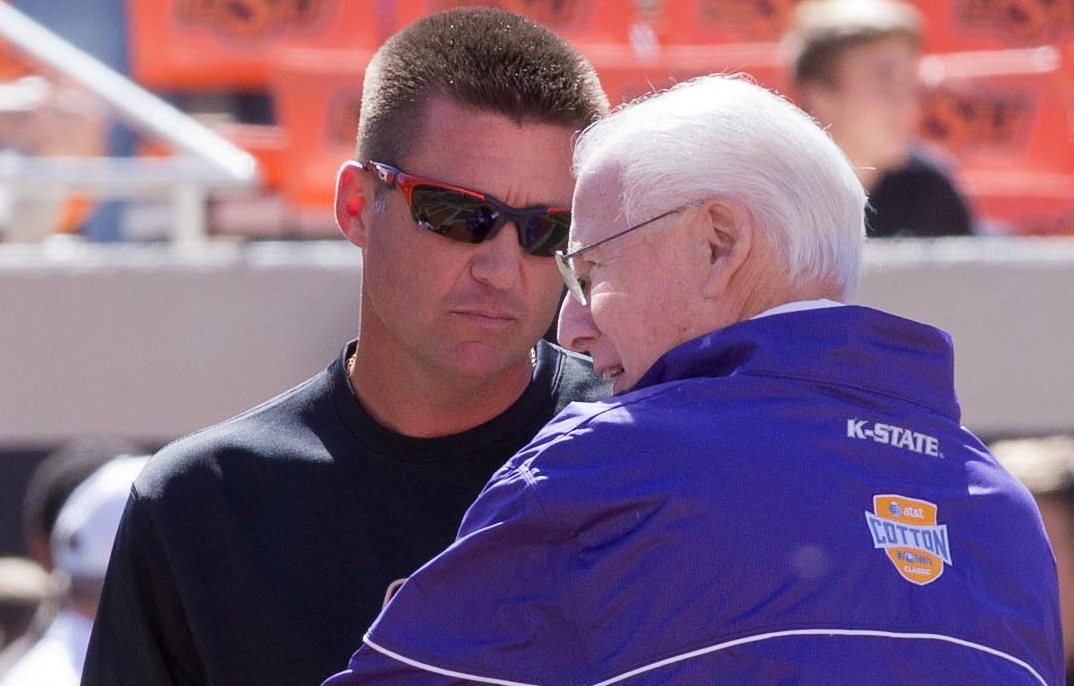 Brendon Morris wrote a piece for Rivals on Sunday that had this quote in it:

“You can say it any way you want, but in this game, offensively, we have to find a better way to keep the football,” coach Mike Gundy said after their win over Kansas State. “That’s our fault as coaches. That’s not on the players. All five or six of us that are in communication came up with some plays, and the choice was poor.”

First of all I don’t know what “keep the ball” means — they had one turnover which seems to me like an acceptable number.

And who are the “five or six” people calling plays?!

If you assume Gundy and Yurcich, that’s two, apparently Charlie Moore is doing it as well (called his own number on the out at the goal line), Todd Monken would probably like you to believe he’s still doing it given that he lost to a 3-9 team from 2012 as a 17-point favorite, but I just can’t come up with the other two people.