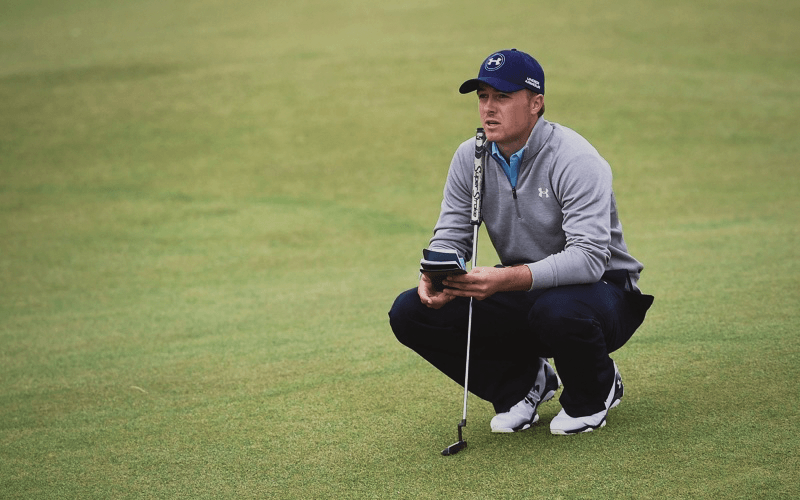 There’s a great quote to open Shane Ryan’s chapter on Jordan Spieth in his new book Slaying the Tiger. You can read the entire excerpt on Spieth here on Esquire, but I’ll bring you the quote.

Q: When did he commit to Texas? Was it his senior in high school?

It wasn’t that simple, though. Not according to this piece in the Tulsa World by Bill Haisten.

When reflecting on OSU’s recruiting of Spieth, former Cowboy coach Mike McGraw said, “I thought we would sign him.”

Said Spieth during an interview with Golfweek: “I guarantee, if I was born in Oklahoma, it might be a different story.”

Then Mike Holder dropped the most Mike Holder quote ever which is why he headed up the most successful golf program … well, ever.

“We’ve entertained a lot of great junior players in the year. That wasn’t anything new for us,” Holder said. “I always thought we were going to get every golf recruit. It looks like an easy decision in my mind. Of all of the schools in the country that play golf, we’re the most committed. He and his family were impressive and easy to talk to. We had a lot in common. I thought we had a great shot to get him.”

“That’s always a punch in the gut,” said McGraw, now the head coach at Baylor. “He told us that we made it very hard to say no to Oklahoma State. We were the runner-up. We didn’t get the prize.”

That would have been immense. Spieth is a delight to watch and murderous on the course. It feels greedy to have wanted both him and Rickie Fowler to rock the orange and black (and gray) week in and week out, but man, Spieth playing a year in Stillwater would have been the coolest. Texas won it all the only season he was in Austin.[1. The same year OSU missed the NCAAs for the first time in 65 years.]

But hey, we got our own Jordan!