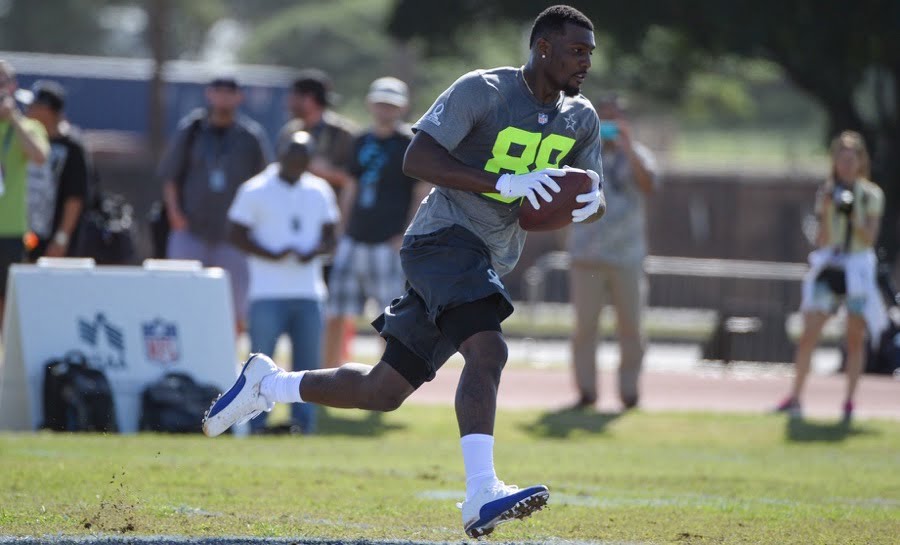 So..there’s not a Dez video? (USATSI)

Wal-Mart responded to the crazy Dez Bryant video tape rumors from the last few weeks and sort of put to bed the idea that a video of anything Bryant did actually exists.

Daniel Kaplan of SportsBusiness Journal did the legwork on this one.

If there is a Dez Bryant video, Wal-Mart told me today it doesn't have it and never did. Spoke to Wal-Mart (cont) http://t.co/VXXGCKxq9I

Here’s part of what he was told in longer form:

I called Wal-Mart to see if the company had this much rumored video tape.Wal-Mart director of national media relations, Brian Nick, said because no charges had been filed, the company would not have pulled the security footage at the time and created a videotape of the incident.

Something did happen…but no charges were filed, apparently.

The entire thing is bizarre, really.

Was this all a subversive attempt from Jerry Jones to wriggle free from handing Dez the millions he’s worth? Was it a blackmail attempt from former friends?

The one thing that seems certain, though, is that there’s not a video. There can’t be. Websites are literally offering money for whoever has it and nobody is producing it because…?

It would appear that No. 88 is as snake-bit as they come when it comes to rumors without actual substance surrounding him.

That’s not to say those rumors aren’t a result of the way he handles his affairs. Only that for all the trouble he’s supposedly been in, he’s never really gotten nailed.[1. Sort of.]