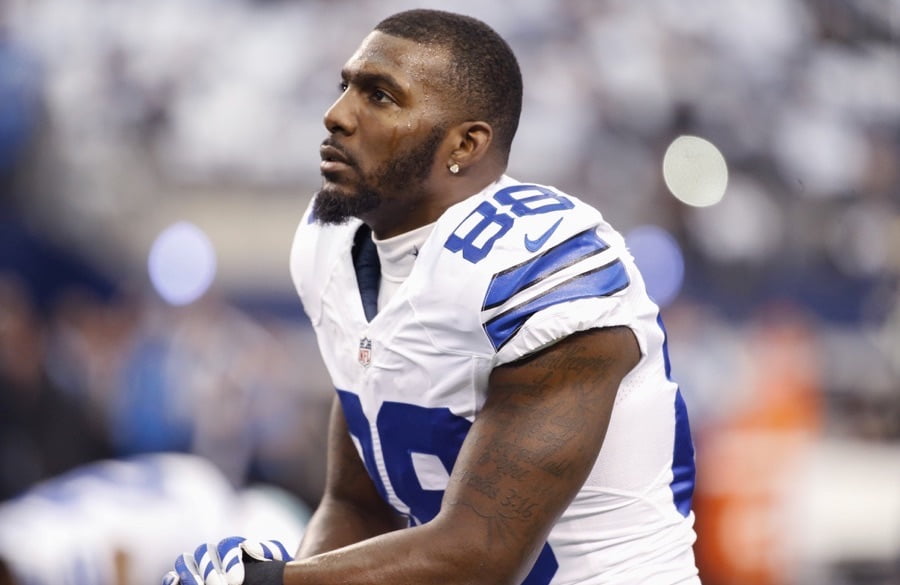 Is Dez Bryant about to go down in flames? (USATSI)

I want to watch Dez Bryant on film as much as the next person but there might be a video of No. 88 coming out soon that is, uh, less than enjoyable for fans of his.

The rumors of a Ray Rice-like video of Dez existing have been around for a few days now but they’re definitely cresting today. It apparently took place in a Wal-Mart (which wouldn’t be the first time Dez made news at a Wal-Mart)

Mike Florio went on the radio in Dallas last week to talk about the rumor and said it’s a story that “all of the major insiders know about” but isn’t sure if video of the entire thing even exists.

Then this from Florio today.

I haven't written about or discussed the Dez Bryant video that may or may not exist since Friday on 105.3 The Fan in Dallas. I will today.

Dez, of course, is denying it all but perhaps all of this (and the Cowboys’ knowledge of it) is the answer to the “why hasn’t Dez gotten paid yet?” question.

I have no idea what’s going to happen with this — I’m not sure how much smoke can exist without at least a brushfire — but for now it certainly doesn’t sound great.

The other side of that, though, is that I have to think if a video existed of an incident that allegedly happened quite a long time ago, it would have been released by now.

Unless, of course, whoever has it (apparently a good friend of Dez’s) put it under lock and key until the bid peaked which it seemingly has.

I’m concerned, yes, because the Ray Rice saga was just brutal to watch, not to mention the fact that I like watching Dez play and Dez might not play again for a long time if any or all of this rumor is true.

But I’m also hopeful that this is another in a long list of seemingly empty accusations against one of my favorite Cowboys ever.