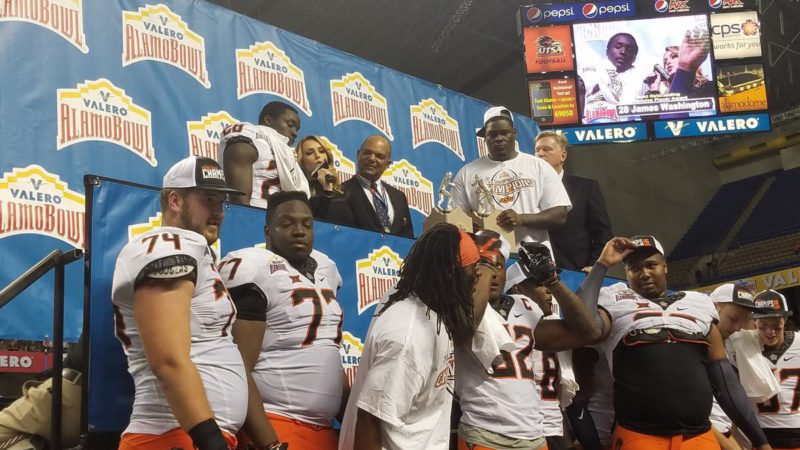 After the Cowboys’ 38-8 shellacking of Colorado in the Valero Alamo Bowl, junior defensive tackle Vincent Taylor and junior wide receiver James Washington were named MVP’s for offense and defense.

Taylor led all Cowboy defenders with seven total tackles (one solo), and added a sack and a tackle for loss. But that hardly tells the story.

Taylor was more than disruptive at the point of attack and was (once again) the spearhead of OSU’s defense which allowed only 62 yards on the ground.

On the offensive side, James Washington was awarded the MVP although playing less than three quarters due to a left hand injury he suffered late in the third.

But this was no consolation prize for the stud receiver. Washington finished with 171 yards on 12 targets and averaged 19 yards per catch. He also had a touchdown pass in the first half.

One MVP is coming back for his senior year, one has yet to announce his plans. Hopefully for the Cowboys both will be back in Stillwater next season.