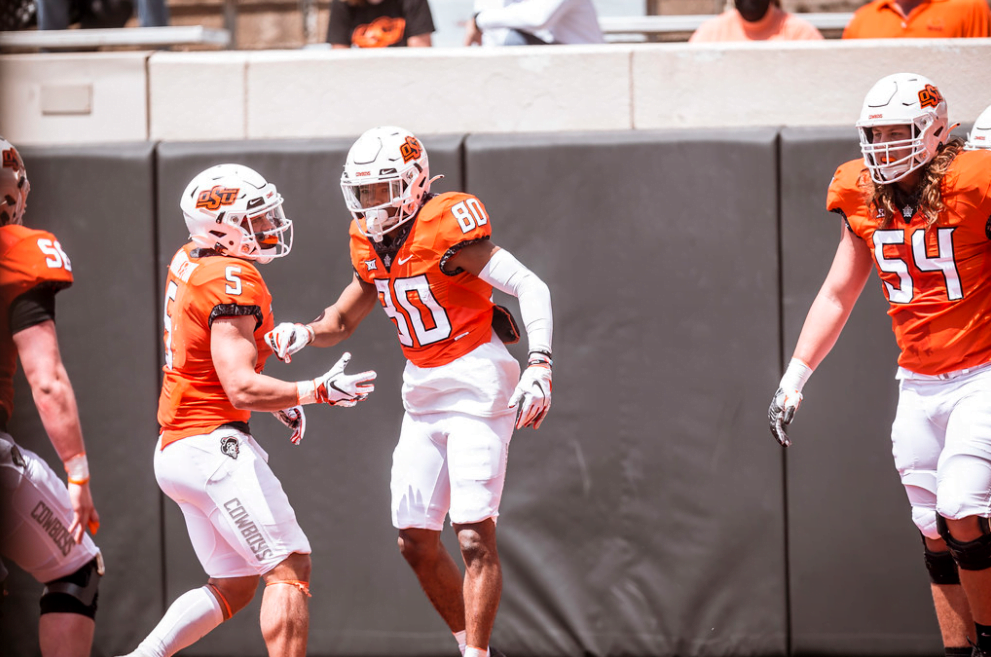 We are now weeks (not months) away from college football and one buzzworthy Cowboy is creating even more buzz for himself as summer workouts ramp up this week.

Sophomore wide receiver Brennan Presley caused a mini-stir on social media — thankfully breaking up the tension that is OU-Texit — when he got under a bar holding almost three times his weight and successfully performed a squat rep. My knees hurt just watching this.

Presley is listed on OSU’s roster at 5-foot-8 and 170 pounds, but apparently weighed in at 166 just before he moved the Earth with this bar-bending display of strength.

After spending much of his true freshman season behind the likes of now-departed wideouts Dillon Stoner and Landon Wolf, Presley had a breakout bowl game, grabbing six catches for 118 yards and found pay dirt thrice.

He’s one of a handful of receivers looking to claim his spot atop the depth chart, and one of the more exciting prospects OSU has for 2021. This display shows just how much work he’s put in and should give fans even more reason to be eager for this fall.