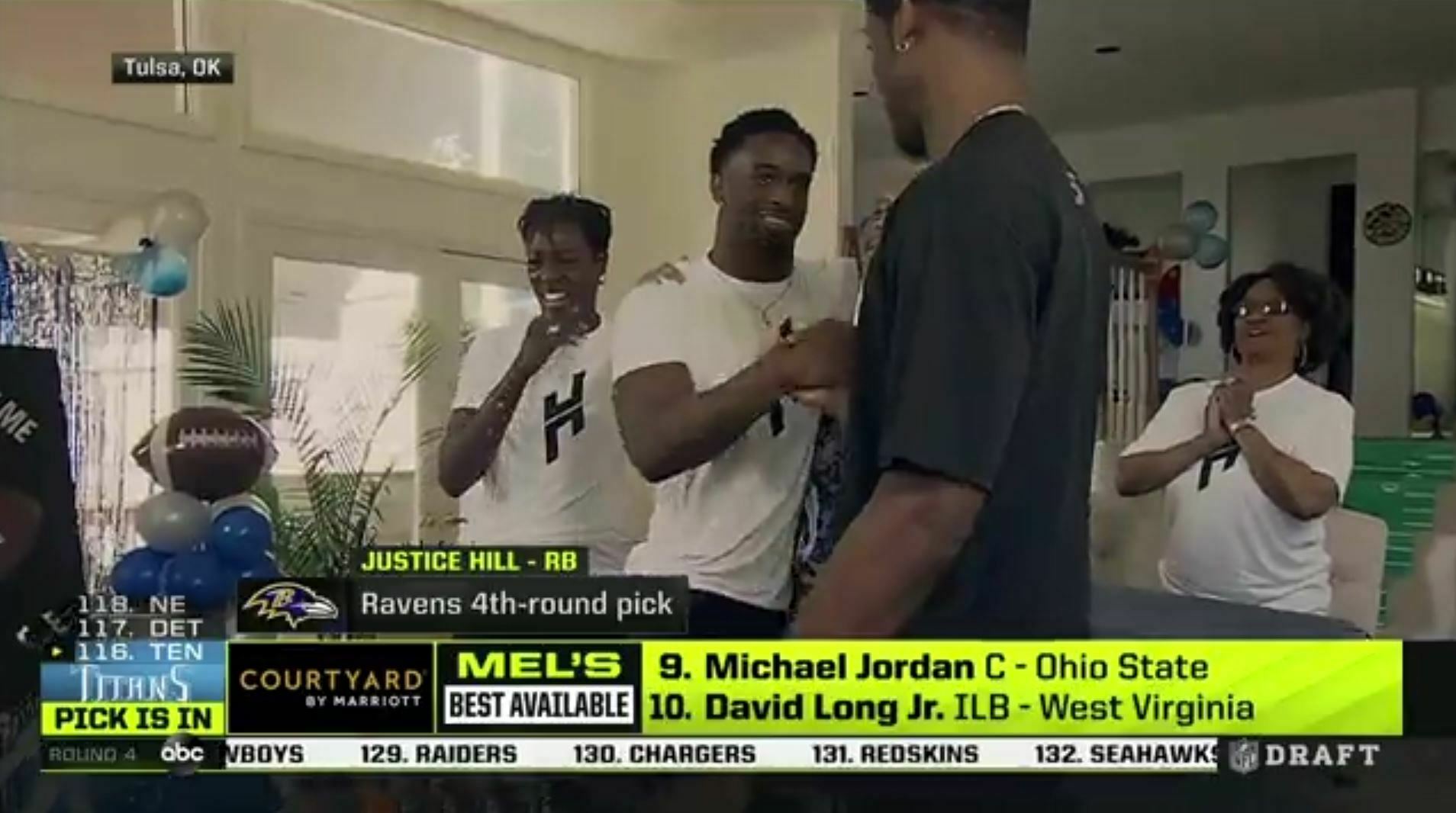 Justice Hill became Oklahoma State’s highest-drafted running back in 14 years when the Baltimore Ravens took the all-conference rusher with the 113th pick in the fourth round on the NFL Draft Saturday.

Justice patiently waited through the first three days of the draft at home with his family, including mom and dad and younger brother Dax Hill, who could very well be in the same boat in a couple of years.

But that much-anticipated moment finally came, and it couldn’t have been more sweet.

And here it is! @CowboyFB running back Justice Hill (@jhill21_) is drafted with the 11th pick in the 4th round to the Baltimore Ravens. Proud family here in Tulsa, Oklahoma! @KJRH2HD #NFLDraft2019 #okstate pic.twitter.com/U5d3BQVJWf