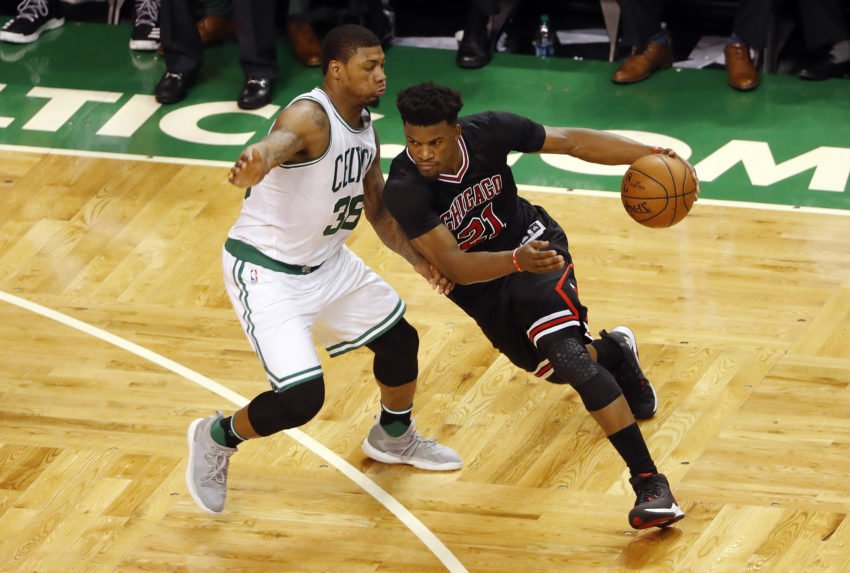 Down 14 points in the 4th quarter of the Boston Celtics 111-97 loss to the Chicago Bulls, Marcus Smart appeared to flip off the home crowd and point at someone in particular after missing a three-pointer. Check it out.

Yikes. That’s not a good look for the former first-round pick of the Celtics who also appeared to put a finger to his lips after the incident. Smart didn’t comment on what happened or who the finger was directed at after the game.

Marcus, of course, had his share of memorable moments, both good and bad, while in Stillwater as well. Countless flops, the backflip at midcourt in Lawrence, and of course, most notably, shoving a fan in Lubbock at the end of a Cowboys’ loss to Texas Tech.

However, flipping off the home crowd is a new one, even for him. Smart actually played a solid game overall, tallying 13 points (on 6-11 shooting), 8 rebounds, 2 assists, 2 steals, and 2 blocks, but couldn’t save the Celts from falling behind 2-0 in the series.

The top-seeded Boston Celtics will now head to Chicago to try and save their season against the 8th-seeded Chicago Bulls.