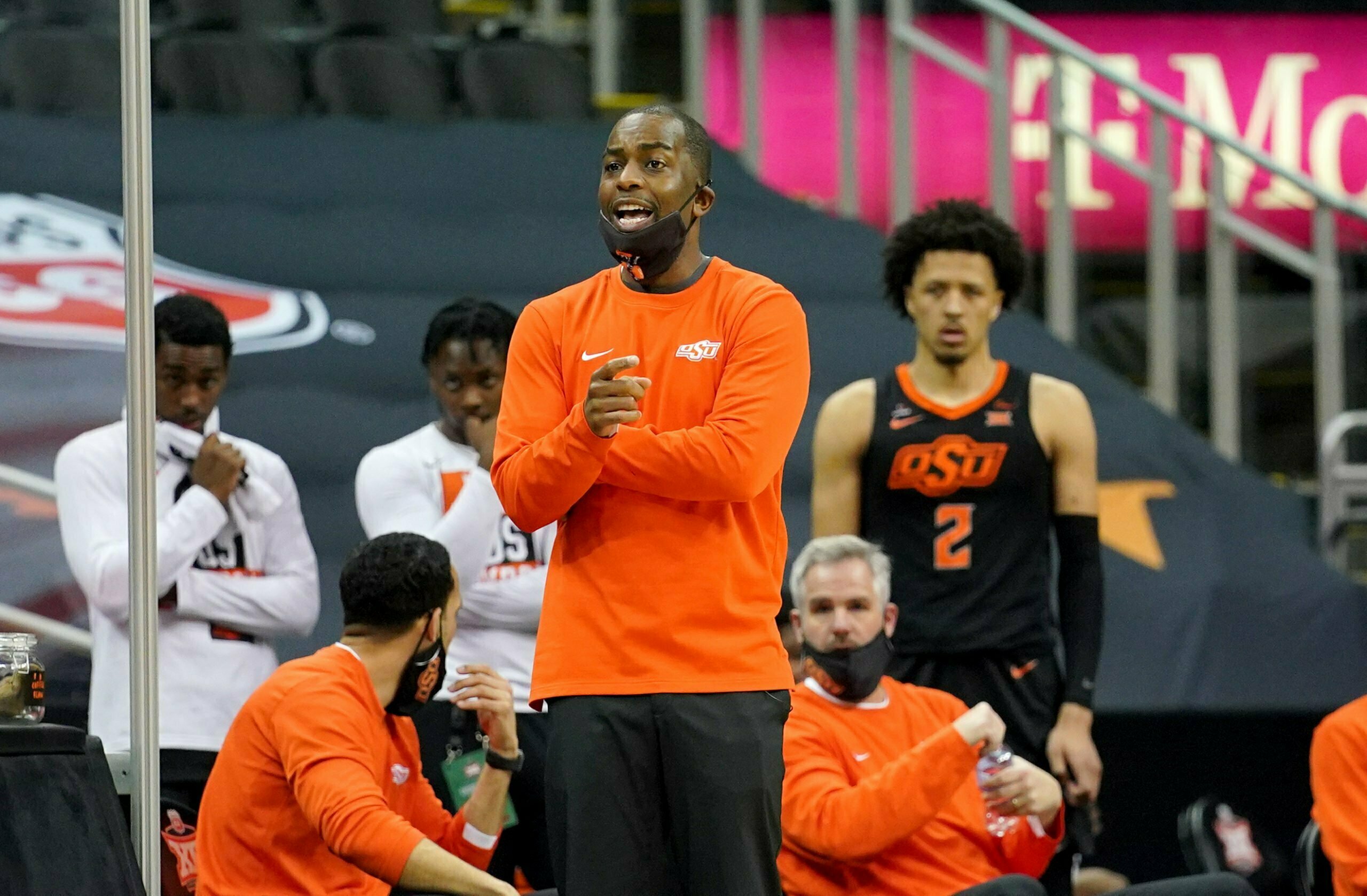 Oklahoma State came up short in its pursuit of a Big 12 Tournament trophy, falling to 3 seed Texas 91-86 on Saturday night.

It was the Cowboys’ third game in three days and their eight-straight against a ranked opponent going back three weeks. The Cowboys went 6-2 during that stretch.

All in all, Oklahoma State won eight of 10 over the last month to finish the regular season and conference tournament.

Those are no small feats and Mike Boynton reminded his team of as much in the locker room after their loss.

“That three-week stretch ain’t no fluke now,” said Boynton. “You might can do it once, or twice, but eight out of nine?…

“We’ve got more basketball left now. We ain’t one of those teams that’s leaving this conference tournament and it’s season’s over. That’s not us. Everybody understand me? We get to play some more.

“Now we’re in a tournament with everybody, to play for a national championship.”

The Cowboys were projected as the final 2 seed after their upset win over No. 2 Baylor but we’ll see what he says after the conference champion games are all through. But tomorrow night the talking heads will no longer by talking and the committee will get its say. It’s hard to imagine OSU falling lower than a 4 seed.

Boynton went on to praise his team for overcoming such odds and assure them that the pressure will be cranked up even more moving forward.

“Realistically, we’re going to be in a position where the expectation is we should advance, cause we’re gonna be on one of those top four lines now. It’s a bid deal.”

“But there’s more out there for us. If we handle this moment the right way, we can use it as a learning opportunity.”