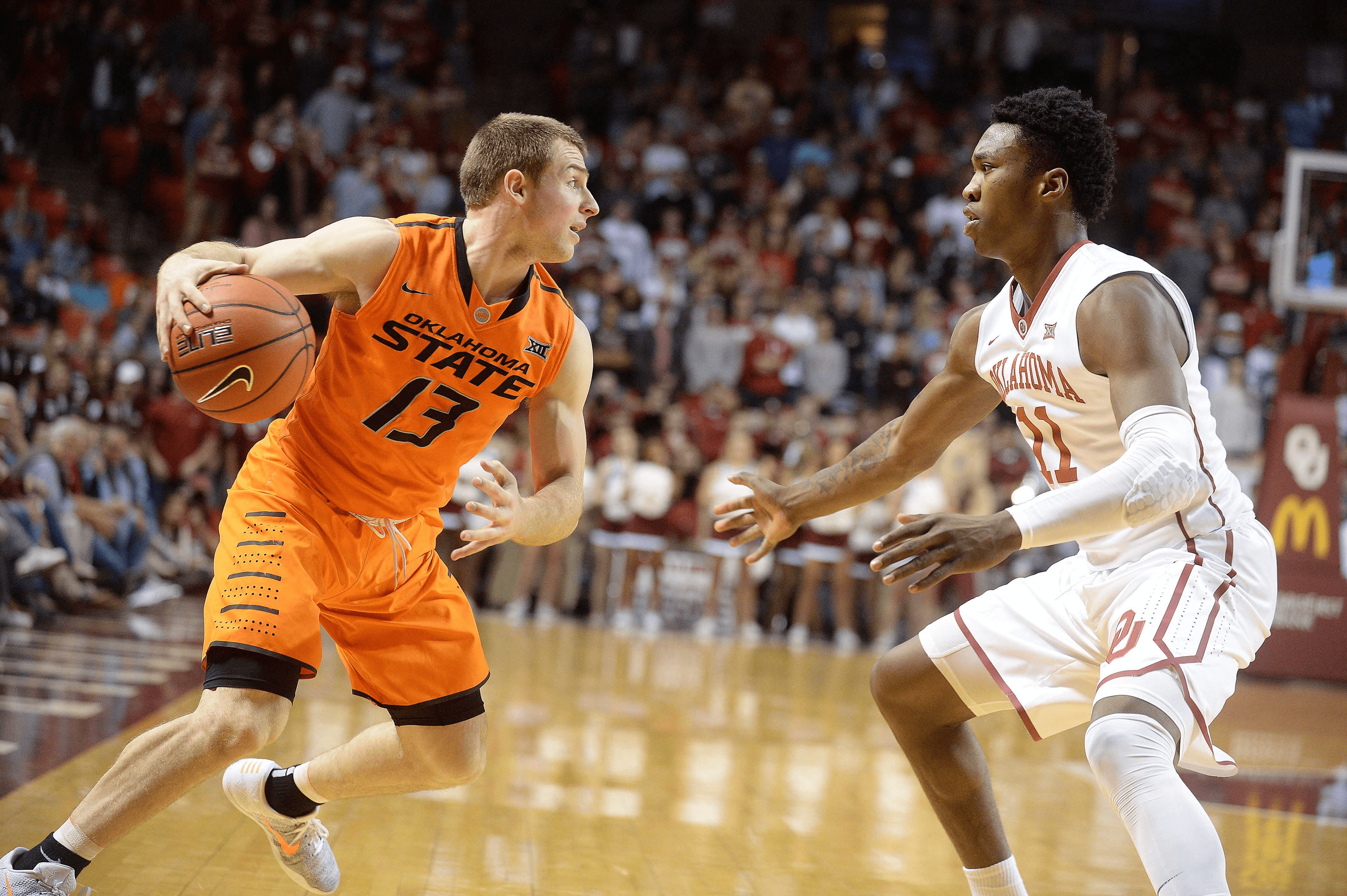 Oklahoma State trailed by three points with 29 second left when Jawun Evans missed a layup, and it looked like the Cowboys were doomed. But Mitchell Solomon (!) got a steal and hit two free throws

Never a dull moment in Bedlam!

The Pokes with the game-winner in Norman! pic.twitter.com/4BDlao2luv

For the first time since 2004, Oklahoma State beat OU in Norman. What a game. What an ending.

Annnnnnd there we go.