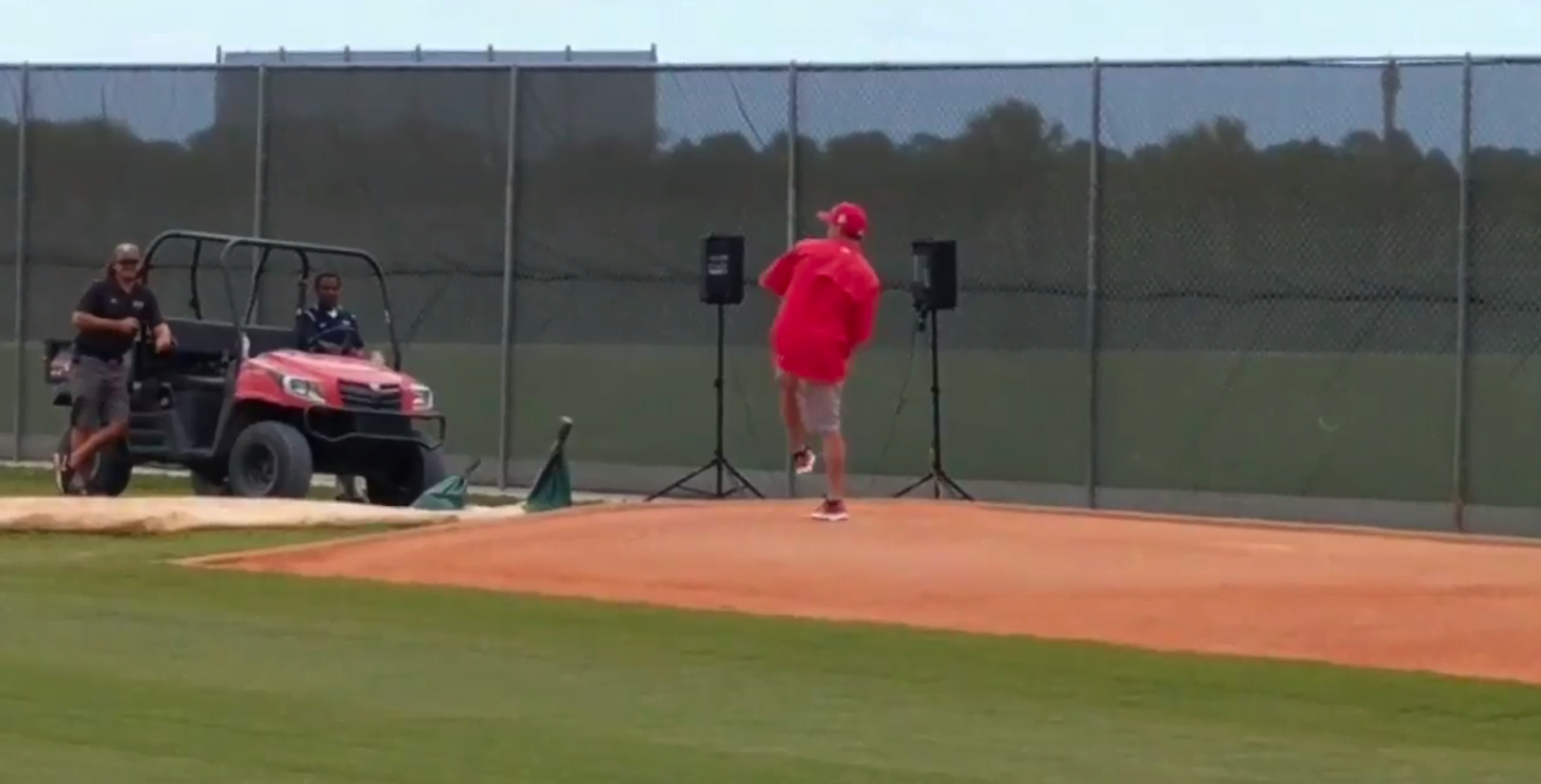 Oklahoma State golf alum Rickie Fowler won the Honda Classic just a month ago, and apparently he’s got more than just a strong iron game. He can also throw a fastball as we saw this week.

On Tuesday, Fowler stopped by Cardinals spring training camp in Jupiter, Fla., to check out his favorite major-league baseball team. Because he’s Rickie Fowler, he threw a bullpen session, too.

Fowler lives in Jupiter, so this was an easy trip for him to make. And after a long month of #golfstuff, it looks like he was pretty happy to let off some steam with some heat.

If he ever needs a backup profession ….. oh, who are we kidding? Fowler’s going to have a long professional career in golf.