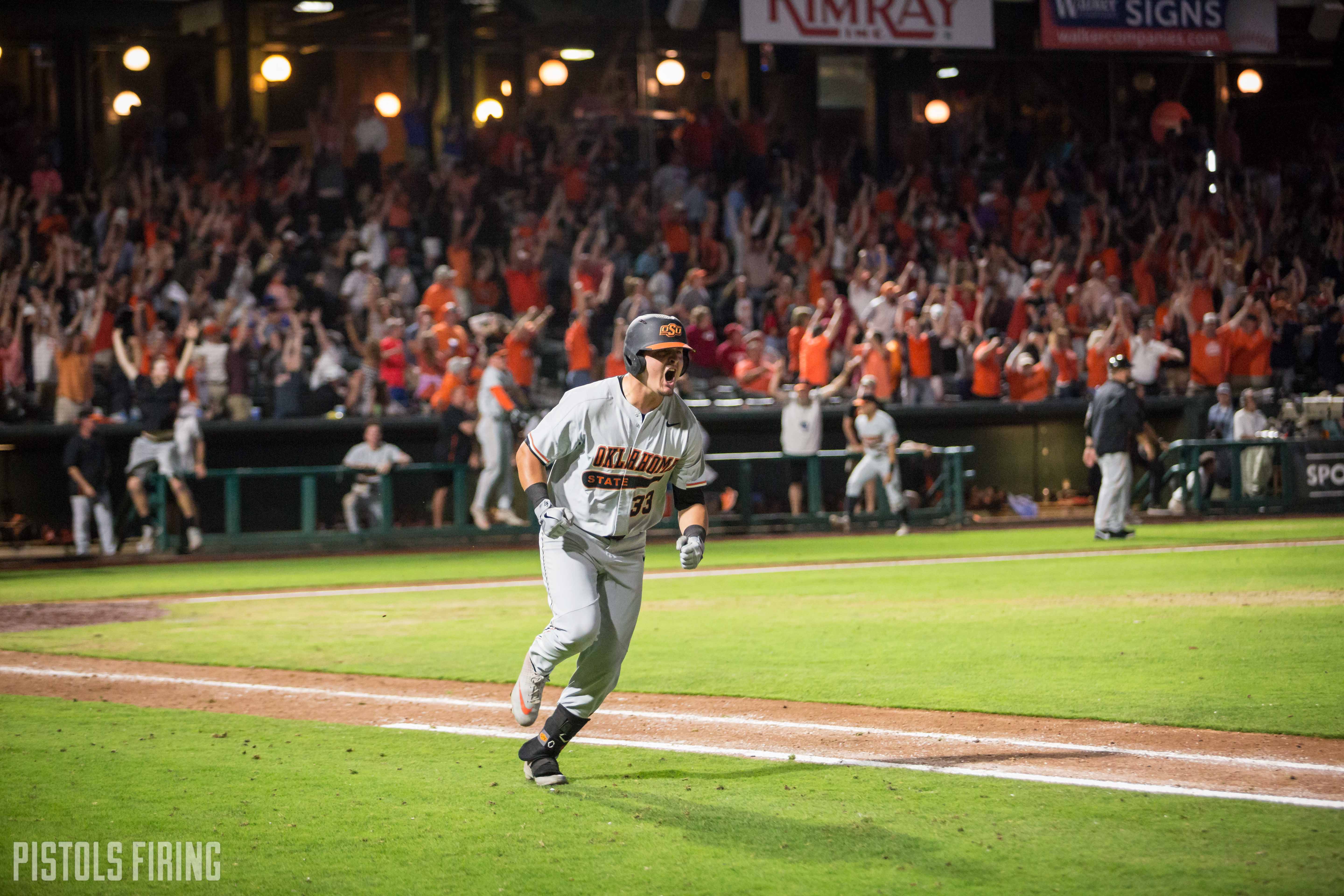 There aren’t enough angles from which to view this one.

Trevor Boone walloped a three-run dinger in the top of the ninth inning deep into Saturday evening in OKC to beat Nebraska 6-5 and send the Pokes to the winner’s bracket final against either Nebraska (again) or UConn.

Boone then flipped his bat so magnificently I began to wonder if that was actually Samantha Show dressed up like Trevor Boone helping out her brethren across town following OSU’s 1-0 loss to Washington.

No matter how you view it, it’s a piece of art that should immediately be hung in Heritage Hall.

Holy smokes. Now THAT is a bat flip. pic.twitter.com/pfATrN3V8P

Boone said Josh Holliday told him not to “do too much” which is hilarious because it looked like Boone tried to (and did) do it all. “It was a fastball, and the guy throws a good fastball and I was just trying to put a good swing on it and let the baseball gods do the rest.”

The audio on it is amazing, courtesy of chief, and now I don’t know if I’m more into the swing, flip and winner or this call.

The result is that Boone was trending on Twitter early on Sunday morning as the Cowboys got within one game of returning once again to a super regional with a chance to go to the College World Series.

Holliday called it “one of the best moments … I’ve been able to share with a group of guys.” Here’s the full presser afterward.