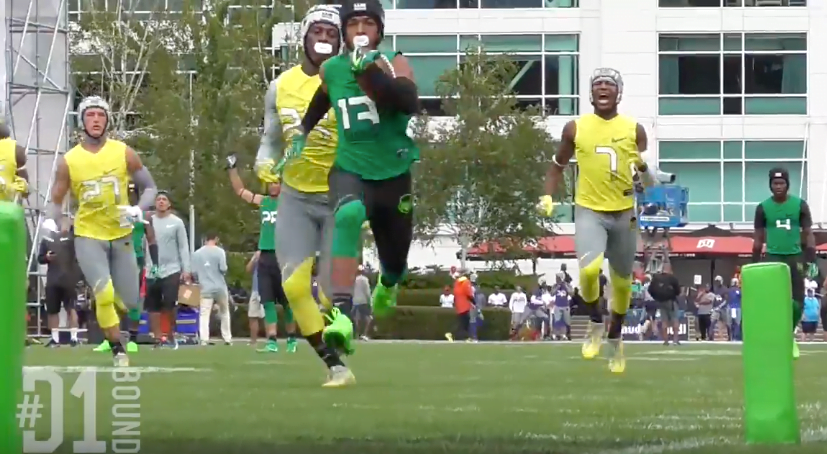 Tylan Wallace made an impressive showing and turned some heads at The Opening at Nike Headquarters. Now there’s tangible proof with highlights, courtesy of D1bound.com:

Wallace does a lot of things really well as a receiver, and his strong suit seems to be getting down the field past the defense. He’s a burner at outside receiver and has a good “short game” too — get him the ball on a screen or somewhere in the open field and he can make the most out of not much. He’s shifty in tight spaces and even though 7v7 scrimmages aren’t the best evaluation of his game, he runs a really clean route and can get up field in a hurry.

Scroll to about the :55 mark, and you can also see a nice example of his concentration and focus. He made a lot of one-handed catches at The Opening, mostly in scrap time for fun — but he has the ability to do it in game speed, which is rare for a receiver at his level.

Also, this cracked me up.

Check out the face on this #Sooners commit when Tylan Wallace burned the defense deep @TheOpening… pic.twitter.com/DIUHzYSLBd