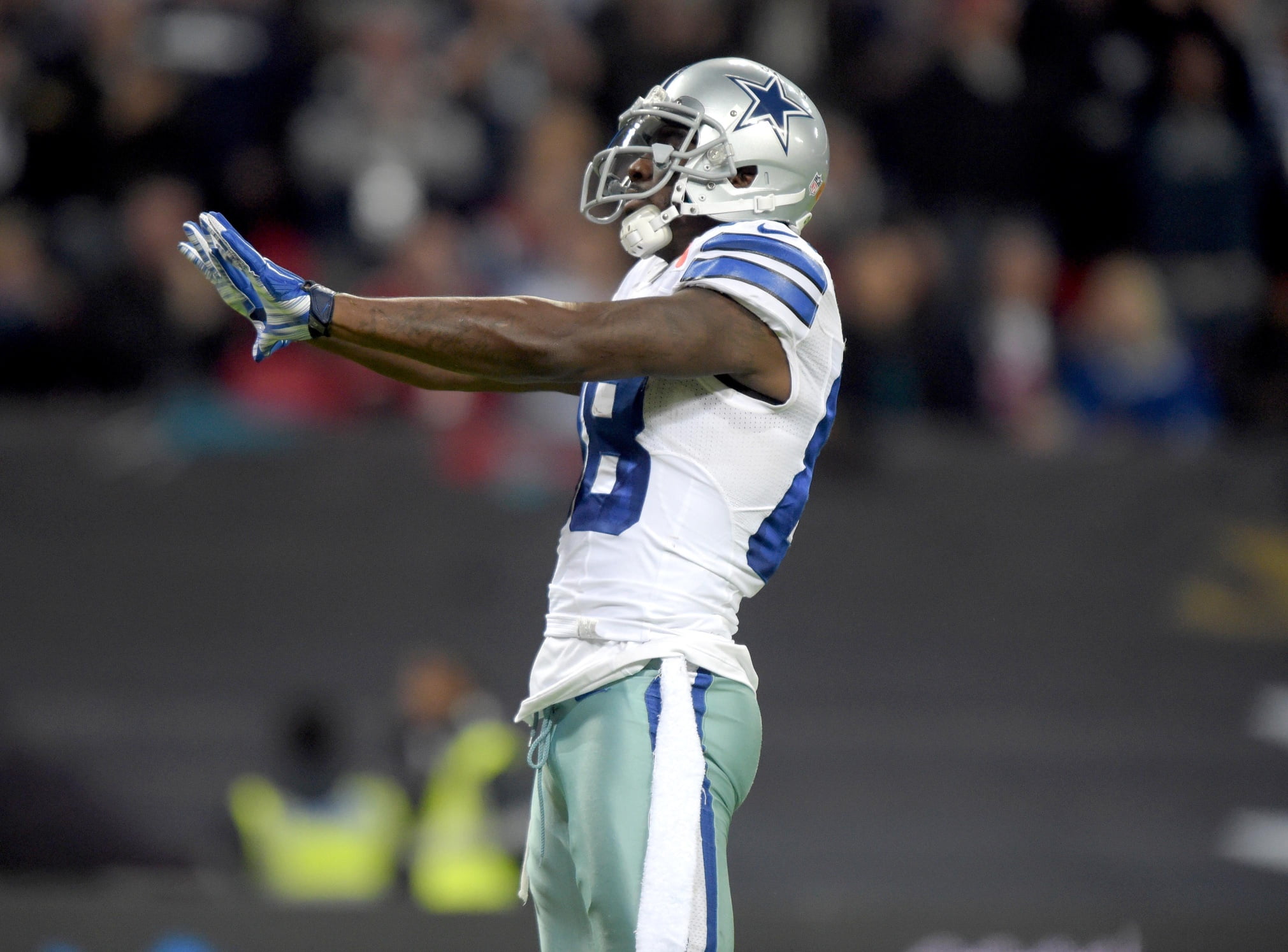 Bryant, Cowboys are back

It took a trip overseas for Dez Bryant to find himself, but he did it. The Cowboys traveled to London for a game with Jacksonville in which Bryant did things to the Jaguars defense that are not suitable for small children. He completely demolished them.

Bryant ended the game with six receptions for 158 yards and two touchdowns. Here’s the crazy thing though: all of it came in the second quarter. He shed tacklers like a snake sheds skin en route to a 68-yard score and again on a 35-yard TD.

No questions asked, Bryant is the best receiver in the league this season.

Bryant’s buddy from OSU, Joseph Randle, also ran over several Jaguars on his way to a 40-yard touchdown run. It was the first touchdown run this season for the Cowboys by someone other than DeMarco Murray.

Randle ended with 56 yards rushing on seven attempts and the TD.

Elsewhere on the Cowboys, after a hot start, Dan Bailey has cooled considerably. For the second week in a row, Bailey went just 1-for-2 on field goal attempts, missing on a 48-yarder in the third quarter. Hopefully this is a slump that Bailey will snap out of soon, because watching him in his super-accurate robot-form is a lot more fun.

Brandon Weeden played in some garbage time today after the game had been decided, and passed for eight yards on one attempt.

Tyler Patmon played but left in the second quarter after sustaining a knee injury. It is now known that Patmon suffered an MCL sprain, and his status for week 12 (the Cowboys have a bye in week 11) is yet to be determined.

Give Perrish Cox an Oscar

Perrish Cox kept up his solid play for San Francisco today, ending with six tackles. Cox even got an opportunity to return a punt, and got forward seven yards before being tackled.

Still, what he gained the most attention for was his Marcus Smart-esque flop on a crucial play in the fourth quarter.

Jimmy Graham was called for offensive pass interference on the play, and the TD was taken back. The 49ers ended up winning in overtime.[1. Ed. note: I prefer this version.]

Cox clearly embellished the contact, but it was there. It looked like Graham pushed off, and the call was made based on that. Whatever you’ve got to do to get the win, Cox later said on Twitter.

Russell Okung and the Seattle offensive line are worthy of praise, as they paved the way for a huge rushing day. The Seahawks totaled 350 yards and all five of their touchdowns on the ground.

Seattle OT Russell Okung on the teams 350 yard rushing: That's the kind of game every offensive lineman dreams about,"

Here’s what the rest of the former Pokes in the pros did this week.