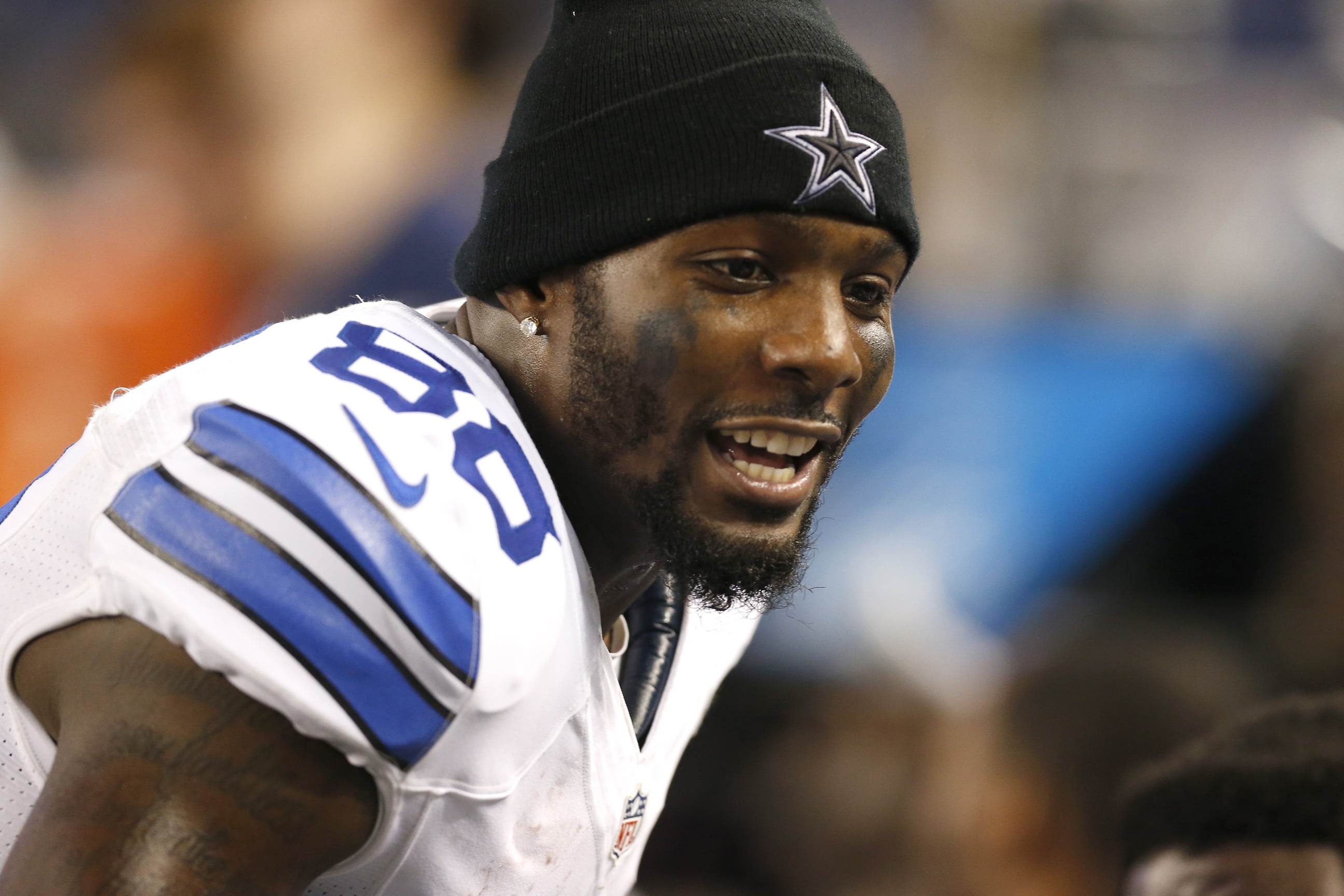 Dez did his thing again on Sunday. (USATSI)

The NFL season is going the way of the college season shortly but the Cowboys (and most of our Cowboys) are headed to the playoffs. There will be a lot of OSU football players on your television in January.

Another day, another team dominated for Dez Bryant & co. Though the Cowboys haven’t looked quite as good as they did Sunday, when Dallas defeated the Indianapolis Colts 42-7.

Dez Bryant was again the best player on the field. He makes being a wide receiver in the NFL look quite easy. This touchdown grab was no exception.

The facile grab was Bryant’s only touchdown of the day, but he made no mistakes. Bryant was targeted five times, and pulled in a reception each time, finishing with 73 yards.

Do whatever you want to do to Dez Bryant.

The touchdown gave Bryant 14 on the year, which is the best in the NFL.

Joseph Randle saw his workload increase in today’s game due as much to the blowout as DeMarco Murray’s hand injury. Randle performed decently, with 37 yards on 13 carries.

Even Brandon Weeden got some action in the slaughter, and, once again, he outperformed Andrew Luck.

Weeden only threw one pass the entire game, but it was a 43-yard touchdown to Terrence Williams. Meanwhile, Luck was pulled after throwing for only 109 yards and 2 INTs.

With that TD pass, Brandon Weeden once again outplaying Andrew Luck just like he did in Fiesta Bowl

Dan Bailey only attempted one field goal but missed, while Tyler Patmon returned to the lineup and recorded one tackle on Sunday. All in all, it was a good showing for OSU South.

Perrish gets his fifth pick

Perrish Cox was back on track for the San Francisco 49ers on Sunday. After a few down weeks, Cox played brilliantly on Saturday.

He again pulled in an interception, which gave him five on the year (good for third in the NFL), but his biggest recognition was on special teams.

Cox returned a punt 57 yards for the 49ers, giving them great field position. Unfortunately, they weren’t able to capitalize on the opportunity, ended up punting, and lost the game in overtime.

Perrish Cox’s 57-yard kickoff return was the 49ers’ longest of the season — by 19 yards.

But Cox’s performance should not be understated. He also finished with five tackles and four passes defended on the day.

Come free agency, he is going to see a well-deserved raise.