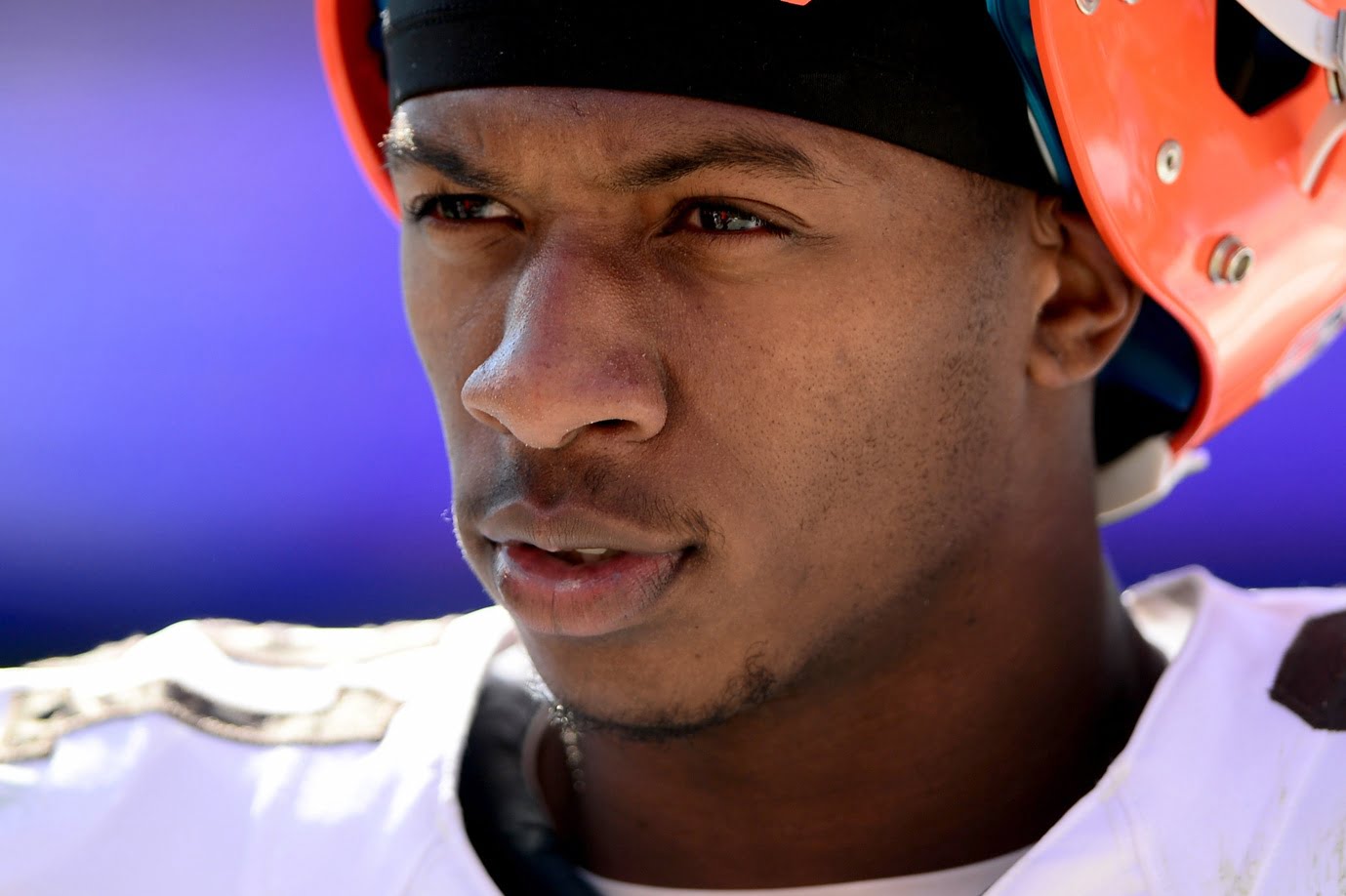 Justin Gilbert is starting to play like a top 10 pick. (USATSI)

When you play against Jacksonville and Oakland, you’re bound to have something go right. Nonetheless, Justin Gilbert has seen his play drastically improve over the last two weeks, after struggling early on.

The rookie for Cleveland had three tackles on Sunday and also two passes defended. It was arguably his best game of the season and hopes are that he will be able to avoid the Cleveland curse and be successful.

Broken up by the rookie Justin Gilbert! He's coming around, everybody. Looking good.

Meanwhile in Seattle Kevin Williams and Russell Okung helped to get the defending champs back to their winning ways after a two-game skid. Williams finished today with two tackles as the Seattle defense held Carolina without a touchdown.

Okung was part of a Seattle offensive line that did a tremendous job of protecting Russell Wilson. Carolina was only able to bring down Wilson once on the day.

Former Oklahoma State player Lane Taylor got some time for the Green Bay Packers today. Taylor was also the source of confusion for some fans. Green Bay decided to run behind Taylor on a play, which resulted in Eddie Lacy getting stuffed by the New Orleans defense. The rest is summed up below.

Why are you running behind Lane Taylor?

Orie Lemon made his debut with the Tampa Bay Buccaneers on Sunday. Lemon finished the day with a meager one tackle on special teams, but still, it was good to be back. Before the game, Lemon expressed his gratefulness via Twitter.

Thanks to the man upstairs. Ain't nothing like game day. Man I tell ya. http://t.co/OtXmV3DG9E

A huge majority of the former Pokes in the pros will be playing on Monday against Washington, representing the Dallas Cowboys. Dez Bryant, Dan Bailey, Joseph Randle, Tyler Patmon, and Brandon Weeden (well, maybe not Weeden) will all take the field in hopes of continuing Dallas’ surprising winning streak.

As for the rest of the former Cowboys in the NFL, here’s what they did.