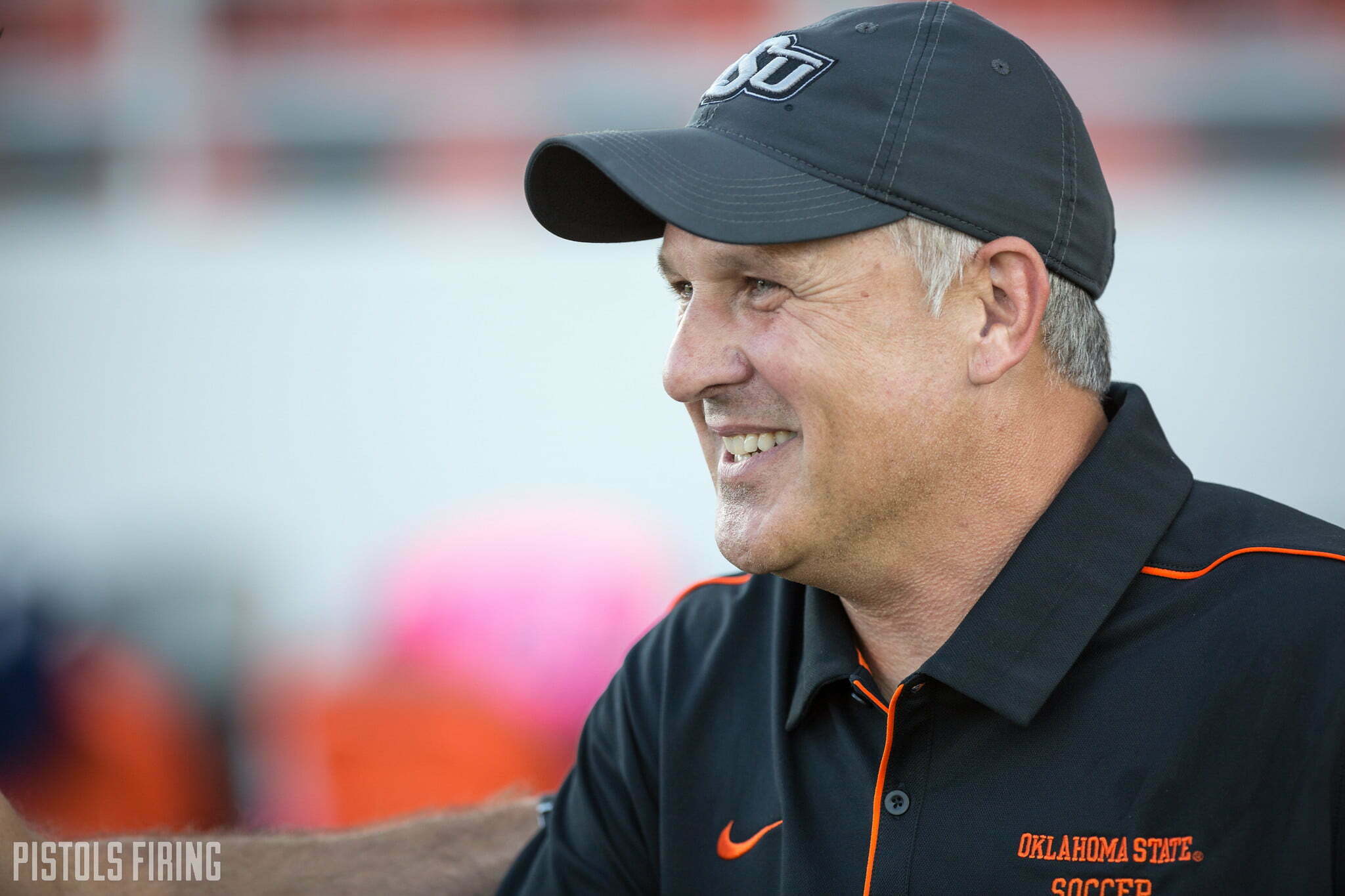 The Oklahoma State football team was out of action this week, but there were plenty of orange and black donning athletes who were competing.

From a 200th victory to a first, here is an update on OSU teams from the past week.

After a shaky start to their Big 12 slate, the Cowgirls are back on track.

OSU has won it’s past three Big 12 matches after beating Texas 2-0 this weekend. The victory was coach Colin Carmichael’s 200th of his career.

Grace Yochum got the No. 18 Cowgirls started in the 11th minute with her seventh goal of the season. It was a poacher’s finish as she cleaned up a ball that hit off the crossbar.

Right place, right time!! @graceyochum follows the rebound of Dowell's shot for her team-leading 7th goal of the season and an early 1-0 lead for #okstate! #GoPokes pic.twitter.com/kCYy8Q8s9B

Mississippi State transfer Gabriella Coleman scored the Cowgirls’ second in the 63rd minute. Coleman swiped the ball from a Longhorn defender before finding the bottom-right corner from the end of the box. It was Coleman’s fifth of the season.

The steal and finish! @gabriellacol8 drops in her 5th goal of the year from 18 yards out. OSU up 2-0 in the 63rd minute. #okstate #GoPokes pic.twitter.com/OY4bLZyjXU

The Cowgirls are 10-1-3. They have a lengthy road trip this weekend as they play at West Virginia on Thursday and at Iowa State on Sunday.

Freshman Isabella Fierro made some histroy en route to her first collegiate victory.

Fierro won the Betsy Rawls Invitational this weekend by five strokes with a 15-under 201. That 201 is the lowest 54-hole score in Cowgirl golf history by four stokes.

My first individual win in college (68,68,65) and 3rd as team , words can’t describe how happy and excited I am ! So proud of my teammates and my coaches for making this tournament so enjoyable , thanks to @Texas wgolf for hosting this event ! VAMOS 💪🏼🇲🇽 #gopokes pic.twitter.com/PZMyMytYyK

At 13-under the Cowgirls finished third at the event, only trailing Texas and Kent State.

Han-Hsuan Yu finished tied for ninth at 1-under 215, and Michelle Forsland was tied for 16th with a 217.

The OSU softball team is rolling through its fall schedule.

The Cowgirls are 5-0 this fall after beating USAO, North Texas and Midwestern State in the past week.

OSU defeated Midwestern State 12-0 on Sunday in a game where 17 Cowgirls recorded an at-bat.

OSU has three games left in its fall schedule, all at home. The Cowgirls get that started by hosting Cowley County Community College on Wednesday.

OSU and Arkansas played 14 innings Saturday in a fall exhibition, and the Cowboys came out on top.

It was a big day for newcomer Jake Thompson. Thompson, who played some DH and third base, went 2-for-4 on the day with two home runs, three RBI and he walked twice.

The Pokes used nine pitchers who combined to allow 12 hits and two runs while striking out 17.

The Oklahoma State men’s golf team was in Houston this weekend at the Big 12 Match Play.

The Cowboys finished 2-2 in pool play, putting them into a fifth-place matchup with West Virginia, where the teams tied. Rayhan Thomas, Aman Gupta and Hazen Newman all scored for the Cowboys in the matchup.

OSU did top second-seeded Oklahoma on the second day of the event, winning 3-2-1. Brian Stark, Rasmus Neergaard-Petersen and Austin Ekroat all scored for the Cowboys. Stark, a freshman, topped OU’s Garrett Rebrand.

Up next for OSU is the East Lake Cup in Georgia, starting Oct. 28.

The OSU equestrian team hosted its first event in the comfort of Totusek Arena on Friday, where the Cowgirls topped South Dakota State 13-7.

The Cowgirls are 2-1 on the season and will host Baylor on Friday.