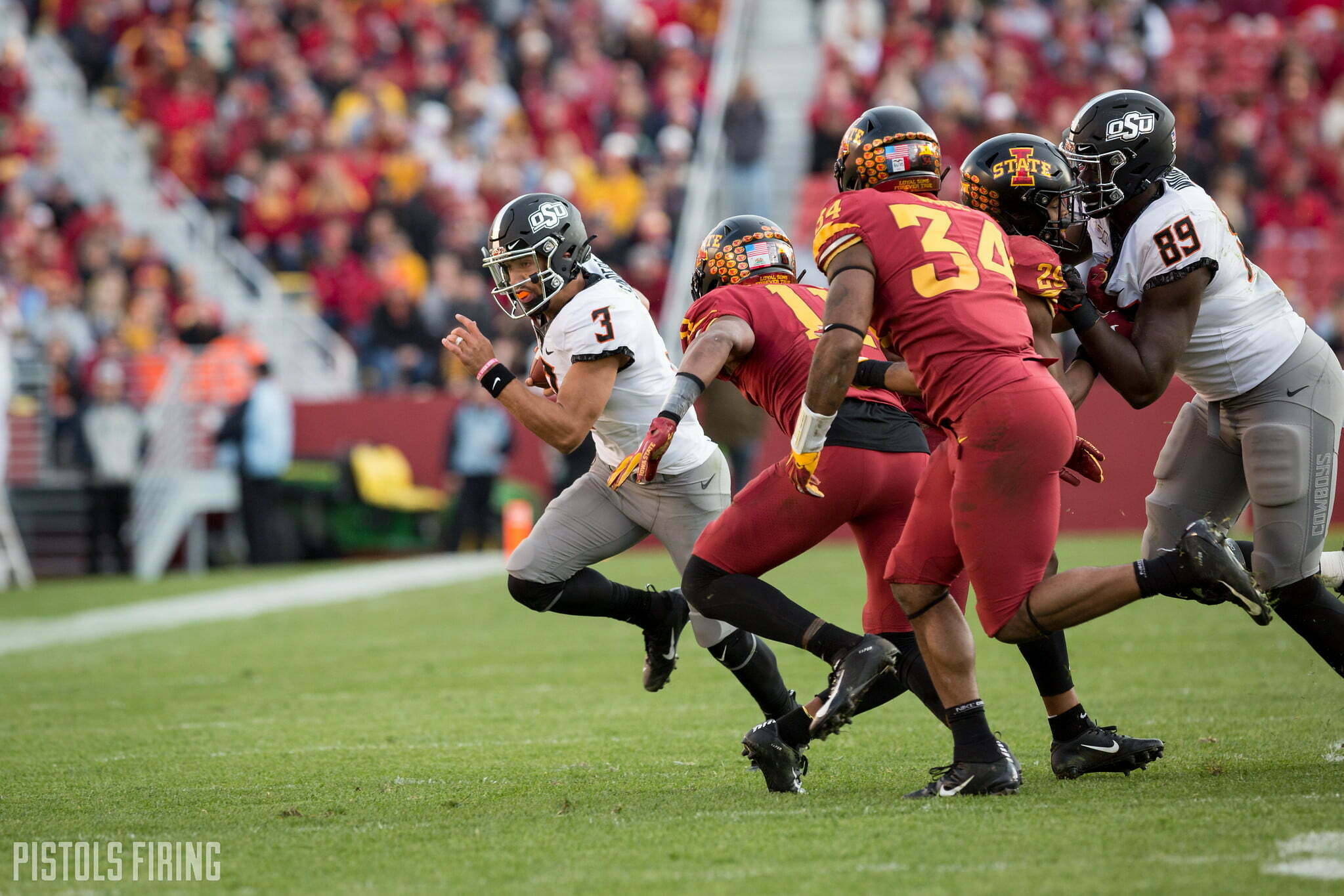 Last week the annual preseason Big 12 poll was released. Idiots like me vote on how teams will finish. Last year idiots like me picked Baylor to finish sixth in the conference, and they almost made the College Football Playoff. So clearly there are many flaws in how these things are picked, but I want to look today at whether we can decipher anything from last week’s poll (see below).

OU and Kansas have traditionally been the easiest teams to pick since the league went to 10 teams back in 2012. This is (probably obviously) because they almost always finished first and last in the league.

Here is how we rank the teams traditionally compared to where they finish in the league from the most overrated to the most underrated. Those teams in the middle (i.e. the Kansas’ and OUs) are the most properly rated every year.

This surprised me. I was perplexed to see OSU near Texas in terms of being overrated. So I went back and looked at every year of where they were picked and where they finished (I should note that I used the Big 12 website for standings because, I presume, they have tiebreakers built into their standings).

The only two times OSU has finished higher than it has been picked are 2015 (overachieving team) and 2016 (barely). Everything else has been on point or a little bit worse. This doesn’t tell me a ton other than the fact that Mike Gundy gets the benefit of the doubt when it comes to trying to pick the league (as he should). It’s pretty amazing that OSU hasn’t been picked worse than fifth in the league since it eradicated its two-division system in 2011.

Also, if you’re wondering, here are the most overrated and underrated teams since the league got rid of divisions in 2011.

While the above numbers showing that OSU has traditionally been a bit overrated, that doesn’t mean it hasn’t also been good given how high it has been picked. Here are teams ranked by average pick since 2012.

This is a good thing! Since 2012, only OU has been picked to finish higher on average (not including 2020, although this would not cause OSU to fall in the rankings).

Oklahoma State, interestingly, is one of the few teams that has been within two spots of its projected finish every year since the Big 12 got rid of divisions in 2011. It has never finished more than two spots better or worse than where it was picked. Kansas and Texas are the only other teams that have accomplished this.

Ultimately, the numbers aren’t incredibly meaningful. Only what happens on the field counts. However, they can tell us something about how idiots like me in the media perceive each team, and the numbers point to OSU having a pretty strong year in the top third or so of the conference as the season draws nearer.