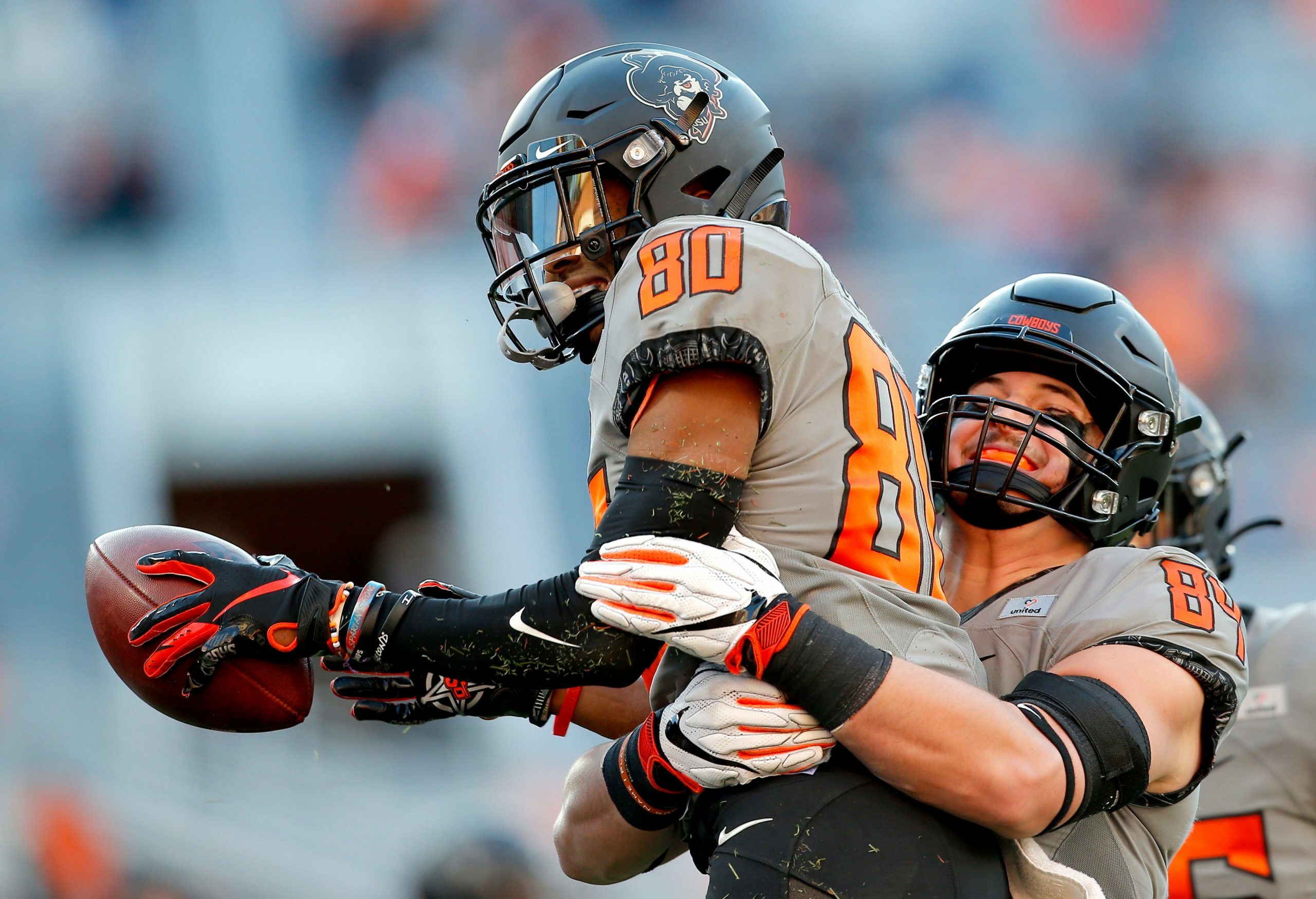 Oklahoma State strutted to its fourth win on the season Saturday in cool fashion, taking out No. 17 Iowa State at home 24-21 to remain atop the Big 12 standings as the lone undefeated team in the conference.

The win boosted OSU’s standing up another tier as a real college football playoff contender on the strength of its defense.

Here’s what some of the national media had to say after the win.

Yahoo Sports’ Nick Bromberg said Saturday that OSU’s win gives it “the edge in the conference right now,” ahead of Iowa State and OU.

Kansas State moved to 4-0 in the conference with an easy 55-14 win over Kansas on Saturday. And while the Wildcats are very worthy of their top-20 ranking, they’re also starting a freshman QB in Will Howard now that Skylar Thompson is out for the year.

That’s why it’s easy to give Oklahoma State the edge in the conference right now. Sanders’ return should boost the offense and Oklahoma State’s defense has been great all season long. The 21 points Iowa State scored on Saturday are the most OSU has allowed all year. The Cowboys have given up just 48 points through four games.

While Oklahoma State’s offense hasn’t been as explosive in 2020 as it’s been in recent years, it doesn’t have to be with a defense that’s preventing teams from scoring like this.

Kansas State and Oklahoma State also meet in two weeks. The two conference leaders play on Nov. 7. Will they both be undefeated in the Big 12 before that meeting? OSU plays Texas — who beat Baylor on Saturday — on Halloween while Kansas State plays West Virginia. [Yahoo Sports]

It was understandable to have reservations about the No. 6 Cowboys’ statistically stingy defense because their first three games were against Tulsa, West Virginia and Kansas. After a 24-21 win over No. 17 Iowa State, though, there’s far less doubt. Yes, Cyclones running back Breece Hall broke off a couple of big runs, but outside of those, Iowa State’s run game was generally ineffective. Quarterback Brock Purdy had defenders in his face all day (three sacks, four QB hurries) while Oklahoma State played tight coverage on the back end. Everything for Iowa State’s offense was difficult. So often Oklahoma State’s offense gets the limelight, but this defense is salty and good enough to get the Pokes to the Big 12 Championship Game. [CBS Sports]

ESPN’s Heather Dinich, who on Saturday said Oklahoma State has “a chance” at making the playoff if it goes undefeated, was a little more complimentary on ESPN.com of the Pokes.

Quick playoff take: Saturday’s win against a ranked, relentless Iowa State team was a reminder that the Big 12 isn’t out of the playoff conversation yet. According to the Allstate Playoff Predictor, Oklahoma State has a 41% chance to win the Big 12. If the Cowboys can do that with one loss or zero, they would be considered for a top-four spot, but the minute they lose, their chances will significantly decrease. The strength of the conference could be an issue when comparing a one-loss Oklahoma State champ to the ACC, SEC and Big Ten champions. Oklahoma State’s defense, which has allowed just 51 points so far, has been one of the reasons for its success.

Toughest remaining test: Nov. 21 at Oklahoma. This is the only game on the Cowboys’ schedule in which ESPN’s FPI gives them less than a 50% chance to win (48%). [ESPN]