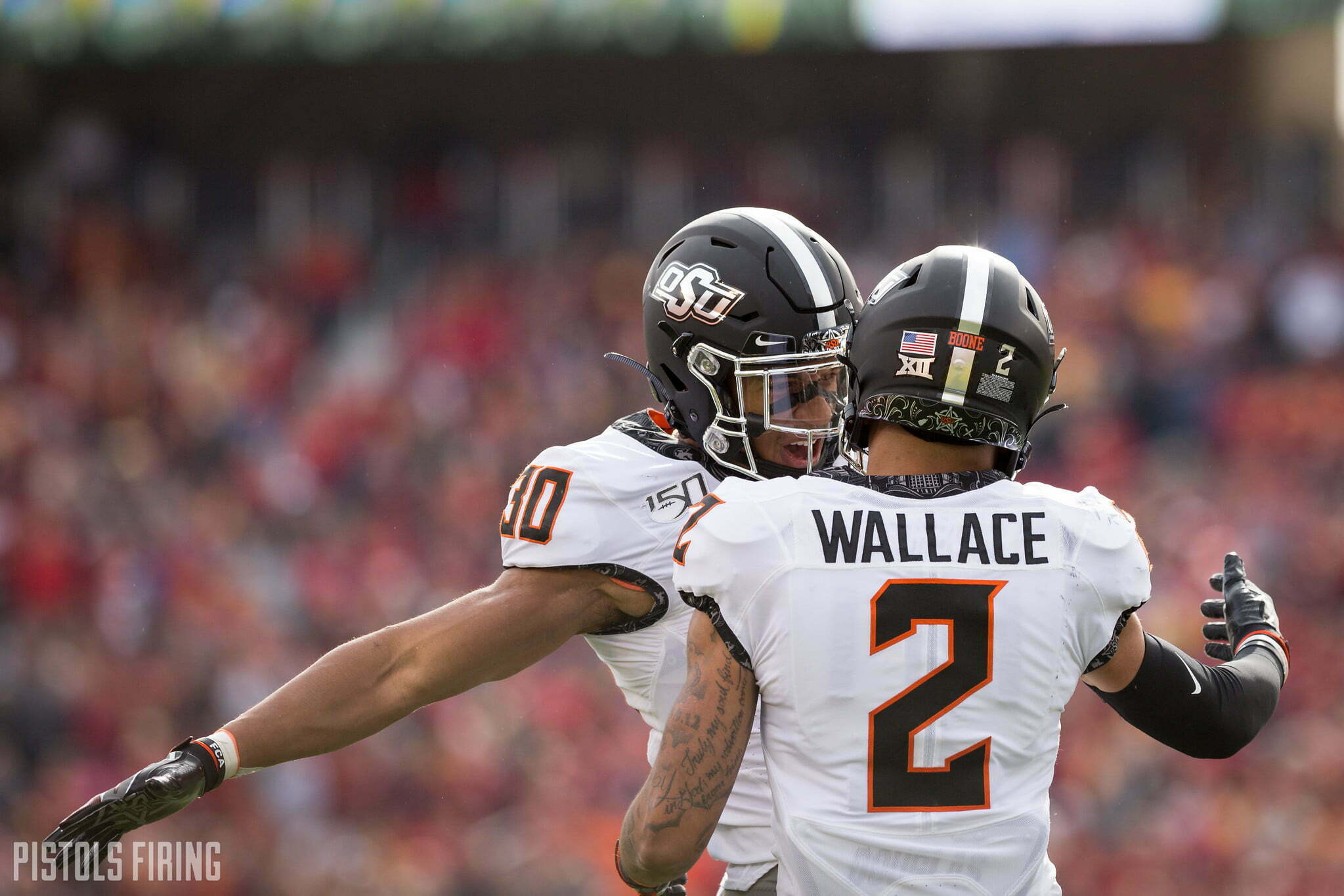 We got cheated. Short-changed.

The football gods smiled on the other guys and sneered at us when Tylan Wallace suffered a season-ending injury during practice. A couple of weeks later — when in a glorified scrimmage against Kansas, OSU lost Spencer Sanders — you could almost hear them snicker.

Imagine what that combination could have accomplished down the stretch with a defense that was suddenly finding its own footing. In stead we are stuck wondering what could have been — but also what could still be.

Spencer Sanders will be back and, with 10 games under his belt, he should be even better. But what about the other two-thirds of Oklahoma State’s Big 3?

After dragging Oklahoma State to an 8-4 regular season finish, Chuba said he was taking his decision for the future “day by day.” Tylan Wallace may also have a decision to make when it comes time to declare for the 2019 NFL Draft. A lot will depend on what type of grade each receives from the draft advisory board.

For all we know each may have played their last game for Oklahoma State. But until we know any better, let’s surmise what type of potent attack this trio could headline if it were to stick together for one more year.

I know it’s hard to remember after watching OSU put up just 3 points in the second half against OU and total 36 over the last two games, but Oklahoma State actually had a pretty potent offense before injuries took their toll.

Tylan Wallace was on pace for over 1,400 receiving yards and 13 touchdowns through eight games and his catch rate of 60.9 percent was an improvement over his sophomore mark of 57.3. Dillon Stoner did a nice job of filling in for last year’s Biletnikoff snub, but there was a lack of the type of transcendent talent that only a superstar can bring.

Chuba Hubbard, despite being Nos. 1-4 on opposing defenses’ whiteboards, still put up the No. 2 season in OSU history and he’s still leads the nation in rushing through 12 games by 175 yards over Wisconsin’s Jonathan Taylor.

But Chuba’s yards per carry dropped over the last two games as the weight of a Div. I football program drove his feet into the turf — and as teams zeroed in on him as OSU’s only star player on offense.

We saw how Spencer’s threat of running the ball can affect a defense or, conversely, how the lack thereof allowed West Virginia and OU to key in to stop Chuba. But the most significant point about projecting next year’s success is not what Tylan and Chuba bring. They are both superstars and would both be superstars next year if they return. It’s the development and growth of Sanders in Year 2 at the helm that can really make 2020 a special year.

Mike Gundy has told us for years that quarterbacks don’t really figure things out until about 15 games in. If Spencer doesn’t make a return for OSU’s bowl game, that puts him at Game 15 in OSU’s second conference outing, a home game against Iowa State.

We saw improvement from Sanders over his last three games before going down.  He neglected his turnover-prone ways, was making better decisions and, in turn, was much more efficient.

With all the press we gave OSU’s improved defense — and for good reason — it’s easy to forget that the Cowboys’ turnaround was also due to Sanders’ ability to clean things up while still being a dynamic playmaker. Another offseason of development and maturity and OSU fans could (and should) expect him to finally put all of those pieces together. If he does, look out.

Look, I get it. I know we’re hours and not days removed from a disappointing Bedlam loss, but I figured I’d save myself the time and trouble this year and skip the wallowing.

If Tylan Wallace and Chuba Hubbard decide to address unfinished business in 2020 — and it’s a big IF — Oklahoma State should be set up for a big year.