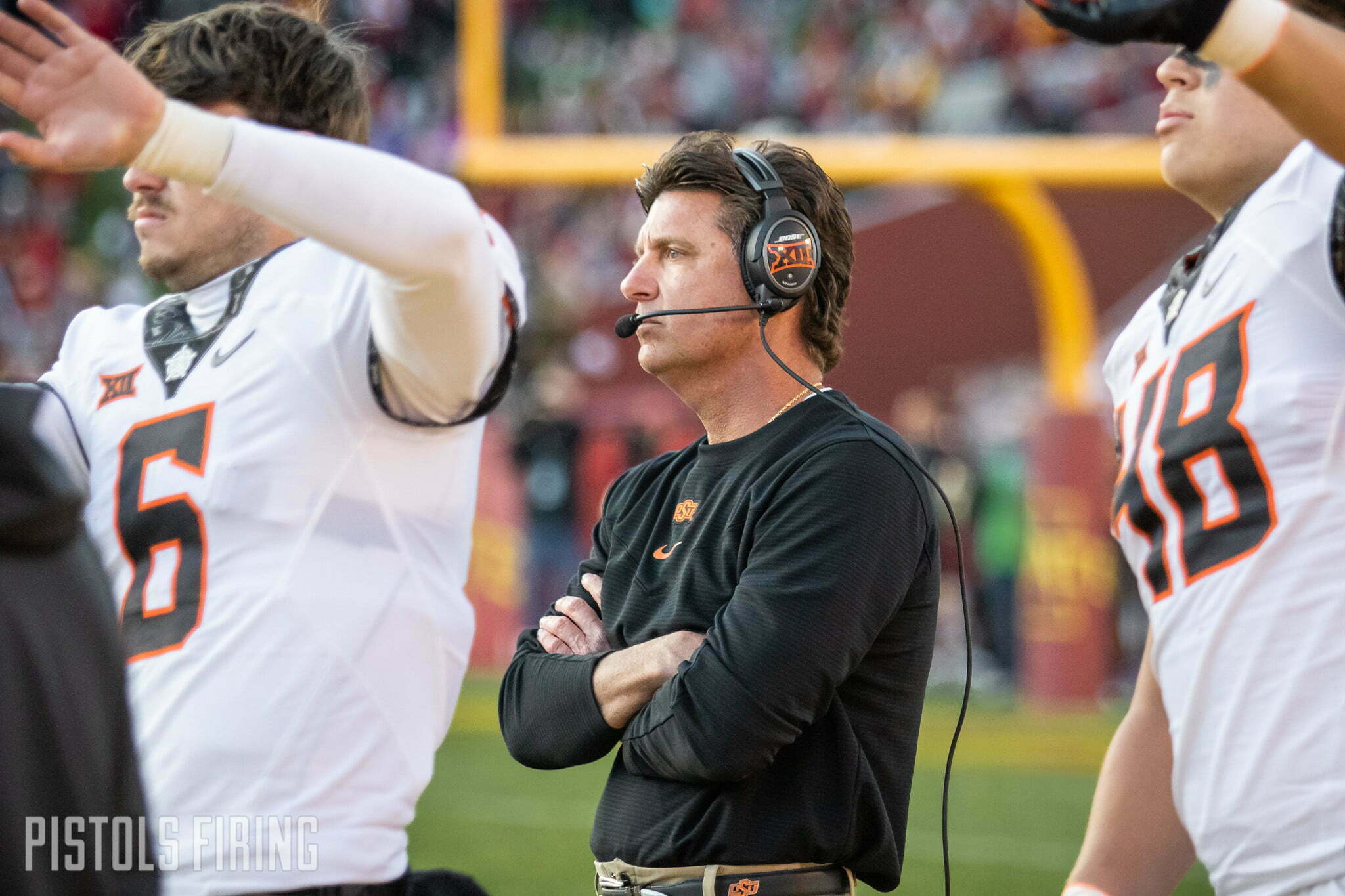 Oklahoma State added a big commitment to its 2023 recruiting class over the weekend with three-star QB Zane Flores, the No. 1 QB prospect in the state of Nebraska, announcing he’s Stillwater-bound and plans to play his college ball under Mike Gundy and staff.

Flores’ commitment solidifies a critical position for the cycle — in almost all classes OSU takes a quarterback, which is standard across the sport — and gives the staff a foundational piece to build around moving forward.

Here’s what it means for the Pokes.

To this point, OSU’s 2023 commitment list is comprised of five players: Flores, two offensive linemen, a defensive lineman and an ATH/DB. With Flores in the fold, though, the real pursuits can begin. Now is when coaches can really start selling to receivers, running backs and skill talent the chance to play next to Flores in OSU’s high-octane offensive attack.

Prior to Flores’ commitment, the selling point is more generalized — you’re pitching to prospects what they may look like in the system with a quarterback who may or may not be in the system currently. (Whether that’s Spencer Sanders, Garret Rangel or Daxx Garman.) Now that there’s an established QB the rest of the recruiting room can more easily unfold. It’s often why quarterbacks are among the first to commit in a class so they can help the staff build out who will join him.

With Flores, OSU has a potential future. Maybe. That may hinge on the development of Garret Rangel, and his development may dictate if OSU gets involved down the road in a transfer. But on paper, at least for 2024, it’s probably a race for QB1 with Rangel entering his third season as the likely frontrunner and Gunnar Gundy and Flores lurking.

With OSU landing its guy in Flores — and landing him early — it gives the coaching staff the luxury of turning at least some of its attention to the next cycle to begin recruiting the position for 2024. That luxury likely means, at least for right now and the next few months, that it can be more selective. Heck, that may be the case for the next year, depending upon how they view Rangel, Flores and the post-Spencer Sanders era options currently on the table.

The fun part is that OSU has no current offers out to 2024 quarterback recruits. Zilch. Nada.

Keep in mind, though, that 2024 recruits are soon-to-be juniors. So to that end: Do not panic. Many high-major QB talents have been biding their time on JV to this point if they’re at a big school with a lot of competition. That probably means that over the next few months through the end of the 2022 football season, OSU will be hot on the trail evaluating prospects and their projections before deciding on their path forward at the position for 2024.