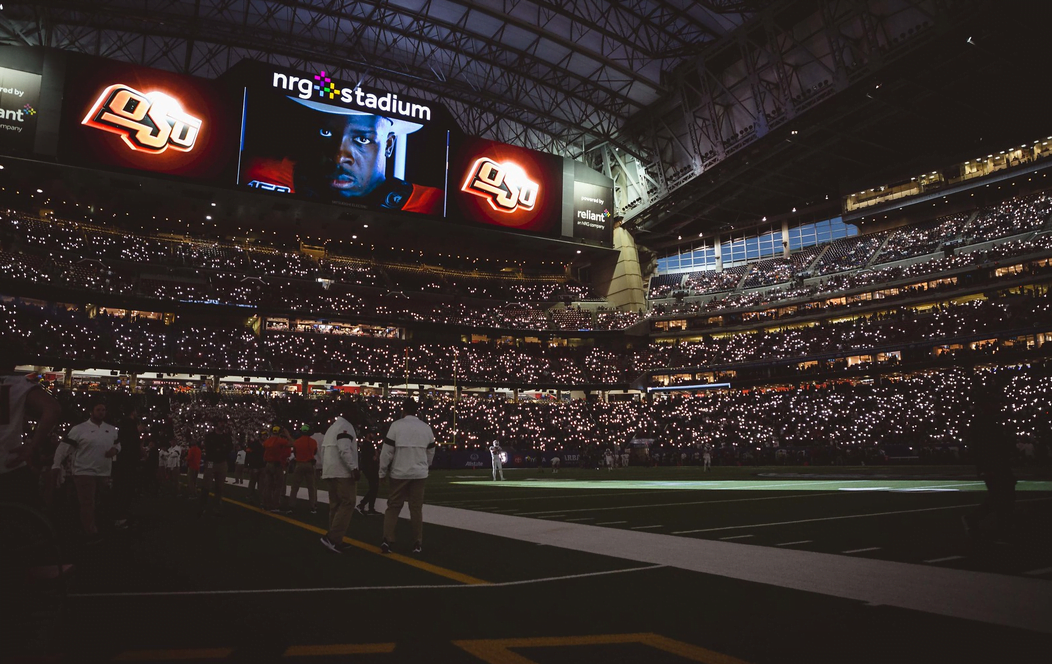 OU and Texas exiting stage right of the Big 12 has seemingly signaled the beginning of the end for the league as we know it. At worst, it will crumble as other members find other conferences to call home. At best, it stays together and retains its status as a top-five league in America. Also possible: standing pat and falling from the ranks of the Power Five.

But what if, instead, this moment in realignment was the start of something new? What if, instead of falling from the Power Five structure, the Big 12 used this as an opportunity to rebuild itself by raiding a non-Power Five — like the AAC? No, not a merger, not dissolving the Big 12 and becoming AAC members. But actually calling up programs in lesser conferences to the big show.

It’s a viable strategy that differs from merging, and while no team or teams the Big 12 add(s) could replace the outgoing value of OU and Texas, there are options out there in the AAC that could reasonably bring something to the table of the Big 12. Here’s my idea.

Maybe the “North” and “South” labels could use a rework. You could go east and west to separate between two divisions or you could really lean into your Big 12-dom and go divisionless. Just 12 teams.

But this structure would at least give the Big 12 actually 12 teams.

Bob Bowlsby said this week that OU and Texas made up roughly 50% of the TV value the league provided, and without them, member schools would net roughly $14M annually. That is not good! But, there could be strength in numbers here.

The idea of adding eyeballs for TVs in glamor markets is outdated, to be sure. In 2021, it’s about streaming numbers and how competitive you are in football. Memphis, Houston, UCF and Cincinnati all have large markets, though, and each of the four have quality football programs in the top 25 (ish) range annually. Good basketball programs, to boot.

It’s not as if AAC members wouldn’t be willing and ready to jump at the opportunity, either. Even Bowlsby’s estimated value of the remaining eight teams from a TV perspective of $14 million is funny money compared to what AAC teams are making. That’s nearly double what the AAC’s top earner, Memphis, got in Fiscal Year 2020 and basically triple Houston’s earnings. Here’s the Orlando Sentinel with those deets.

If anything, we know the Big 12 likely can’t stand pat in this moment. It needs to do something to strengthen its standing in the marketplace. Maybe that is a merger or scheduling alliance with the Pac-12. Maybe that is begging the Big Ten on hands and knees. But if the Big 12 does indeed want to remain intact, regrouping by raiding the AAC — a conference that reportedly is interested in poaching what’s left of the Big 12 anyway (though conference commissioner Mike Aresco denied as much) — could be a next-best option. In none of the scenarios are you likely getting the value of Texas and OU back, whether that’s merging, creating an alliance or adding to what’s left. But it could help the league stay afloat — and attractive — with the TV deal coming up in a few years.