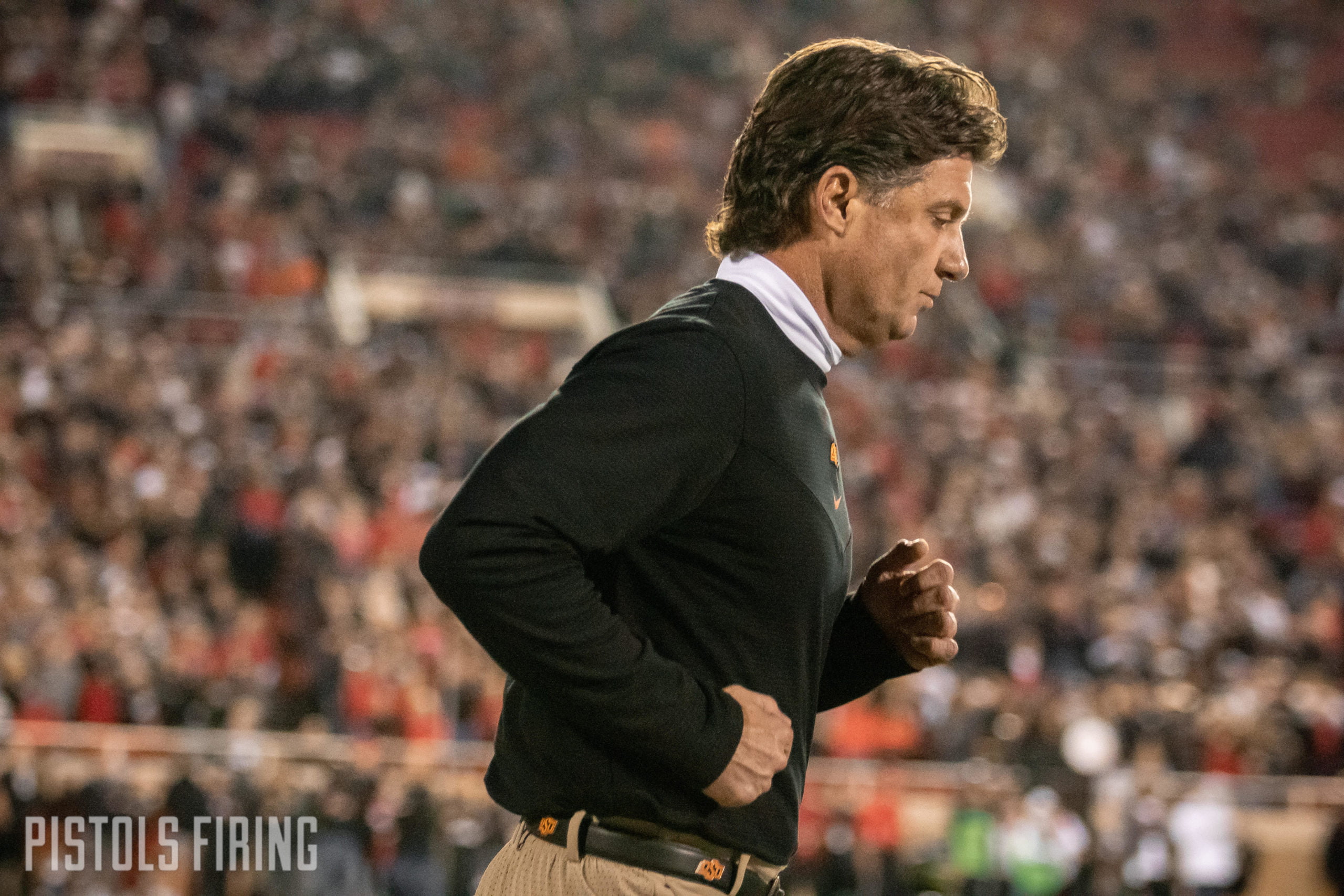 Bill Self, just days before his KU team won the 2022 men’s basketball national championship over North Carolina, said of the transfer portal — where he’s had recent success that helped spur his Jayhawks to a title — that it is an avenue that “allows you not to take a step back whenever you have unexpected things happen.”

Mike Gundy appears to be using it in the same way.

Gundy and his staff added a key transfer out of the portal on Thursday in Texas A&M running back Deondre Jackson, a former three-star who was rarely used with the Aggies. OSU needed experience and depth at the position after losing LD Brown, Dezmon Jackson and Jaylen Warren this offseason, and in Deondre Jackson it appears to have gotten both.

Here’s what it means for OSU moving forward.

Jackson, a 5-foot-11, 215-pound back, committed earlier this year to transferring from Texas A&M to Nebraska. That changed shortly thereafter and he decommitted from the program, leading to his eventual flip to OSU. It’s a significant recruiting win for OSU over a former conference foe (even if Nebraska isn’t right now the same Nebraska it once was), giving it a much-needed body at a thin position that needed experience.

In two seasons at A&M, Jackson recorded three rushing attempts for 13 yards. He hasn’t been productive, buried on a depth chart behind NFL-bound Isaiah Spiller. No sugar-coating here.

But Jackson has real potential. A former three-star recruit, he once collected offers from Alabama, Auburn, Florida and nearly two dozen others during his high school recruitment. His experience for OSU is his biggest selling point — especially at a position for OSU that is guaranteed to feature a first-time starter and could also include a pair of true freshmen in Ollie Gordon and CJ Brown working into the mix.

Jackson may not be a huge contributor, but he’s obviously a huge talent despite the lack of college production. The opportunity at OSU is there for him to make some sort of impact upon arrival.

As a high school recruit, Jackson — even as a former three-star — isn’t a player that OSU typically has success with on the recruiting trail. He’s from Georgia, where OSU rarely has success, and he collected offers from a slew of SEC programs that typically can and do outrecruit OSU.

This is a great chance to buy low for OSU on a talent that in most cases would not land with OSU. I love the gamble. Big bodied bruiser, great frame, good pedigree walking into a great spot. If he doesn’t make an impact, that’s OK, he gave you experience and depth. If he does, then hey, all the better because you’re getting a borderline blue-chip high school recruit who otherwise would not likely land at OSU. Low risk, high reward play that in this environment OSU should be taking with frequency in the coming years.