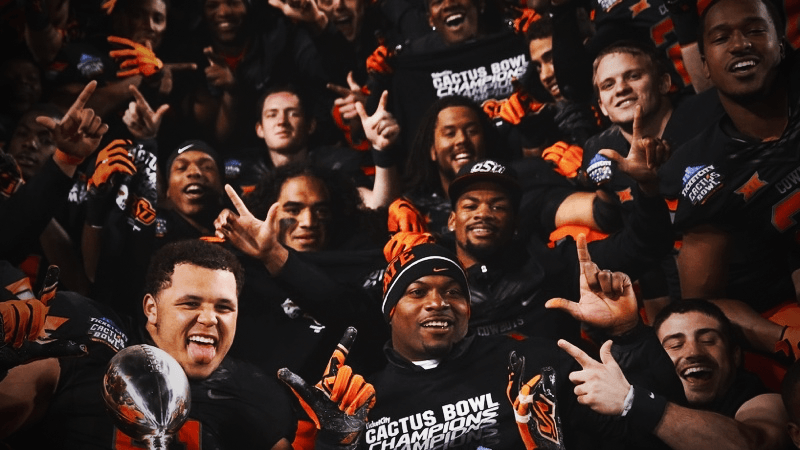 It’s not going to be 2011 all over again, but that doesn’t mean OSU won’t set any new records this season. Here’s a look at some of the single game, single season and career marks that could be taken down in 2015.

Kickoff return yards by team (228): This one has been set twice in the last seven years. OSU had 228 yards exactly against OU in both 2008 and 2010. That doesn’t feel like that high of a number.

Rushing yards by individual (332): I’m surprised this isn’t higher. When you have Central Arkansas on the schedule and a new monster running back who needs reps, anything is in play.

Most tackles for loss by individual (5.5): Emmanuel Ogbah set this mark last season. Could he (or Jimmy Bean) break it this time around?

Passes broken up by team (83): Last year with an immature defense, OSU put up 61 passes defended. Does anyone think this number isn’t going up in 2015?

Best turnover margin by team (+21): With how badly this went last season, the pendulum could swing violently in the other direction. Especially with a QB who might not totally have access to the entire playbook yet.

Tackles for loss by individual (21.5): Emmanuel Ogbah had 17 last season. He’ll likely be double-teamed too often to take this one, but it’s at least feasible.

Completion percentage (69.5): Obviously Mason Rudolph has a lot of football left, but I wouldn’t be surprised if he jumped onto this list this season. The top 10 spans from 69.5 percent to 53.3 percent with a minimum of 200 attempts. Rudolph averaged 57 percent on 86 attempts last year. That would be the sixth-best mark ever.

There’s really not much OSU players have a chance of breaking when it comes to career records. Ogbah would need a 20-sack season (LOL) to touch the sacks record, though he should end up in the top 10 all-time (No. 10 has 16 and Ogbah has 14).

This is a team without a ton of seniors which means unless David Glidden has a 200-reception season, most of OSU’s records will stay intact in 2015.