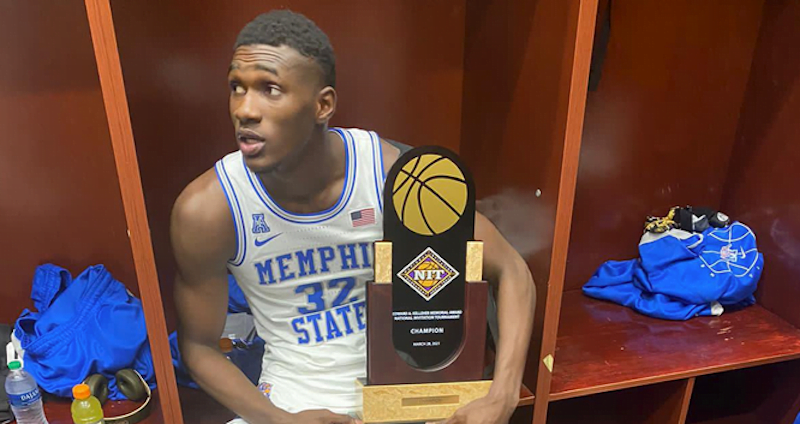 Cisse is the second former five-star to transfer in to OSU this offseason (joining Bryce Thompson), and he gives OSU a dynamic big man to load the Pokes even more in the frontcourt. Here’s what it means.

More on Cisse’s potential role and fit below, but Cisse the talent is worth its own section. He’s an elite shot-blocker. KenPom.com had him with a 10.5% block rate last season, which rated 22nd nationally … as a true freshman. He was also 77th in defensive rebounding rate and 41st in offensive rebounding rate. It’s hard to overstate how big a deal his presence in the post will be for OSU.

OSU last season played a lot of four-guard lineups with Kalib Boone at the center position. That was a luxury afforded to them in part because Cade Cunningham, a point guard, happens to be 6-foot-8 in shoes.

Adding Cisse should give Mike Boynton and his staff similar flexibility this season. If OSU wants to go guard-heavy with Bryce-Avery-Likekele-Keylan-Kalib, it can. If it wants to go three-guard with two bigs in Kalib and Cisse, it can. If it wants different skill sets at the 4, it can mix and match Kalib or Cisse at the 5 with MA Moncrieffe, Woody Newton or Tyreek Smith rotating in at the 4.

Kalib was foul-prone last seeason as was Cisse, so having two big men who can block shots at a high level but have a tendency to get into foul trouble is a big thing.

(…. See what I did there? Transfer and transformation combined into one word? Is this too much dad joke to handle on a Thursday?)

Truth is, Cisse is massive for OSU’s potential under Boynton. OSU could develop into a real reclamation destination where former top recruits rebuild their stock. If Bryce Thompson becomes a star and Cisse develops into the NBA talent many expect he’ll eventually become, OSU suddenly gets credit for that and, as a result, other former five-stars may look at OSU as a path to reclaim their former pro prospects.