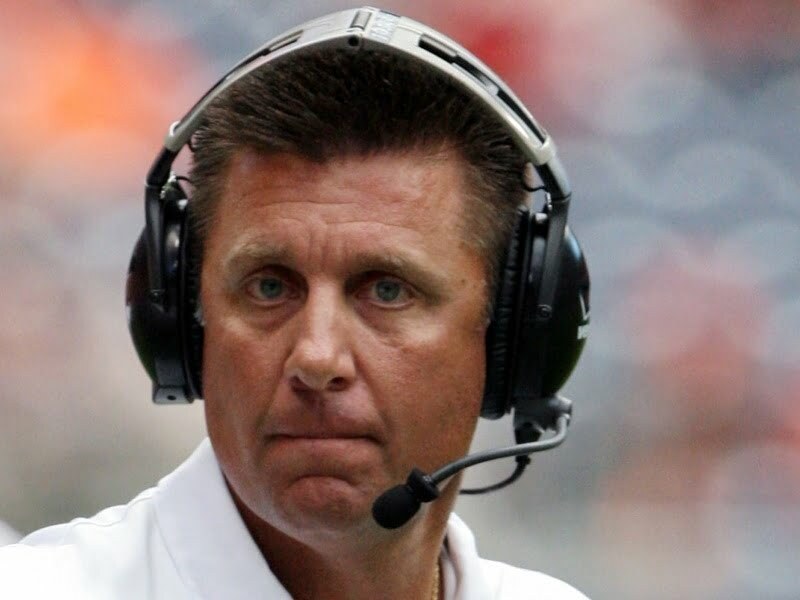 I always do this for the beginning of the Big 12 season when all the coaches convene in Dallas but really Thursday’s OSU presser was such a gem I think we need to dust it off for what transpired.

Let’s get to the tape:

What he said: “[Jameis is] a really good player that’s dangerous, in that he can make a play at any time. He’s got a strong arm, he’s hard to bring down, he’s mobile and he’s got a great supporting cast.”

What he meant: Take your pick between “Helen of Troy was cute”, “Alexander the Great was powerful”, “Abraham Lincoln was important to race relations within the contiguous United States”, and “General Eisenhower was a pretty decent leader.”

What he said: “I do want to clear one thing up, OK? We’ve embraced this game. I’ve offered an opinion. Coach Holder and I, we’ve had this discussion. This has gone on forever. He and I see eye-to-eye on things. Ultimately, they make the last decision and that doesn’t mean there’s an issue.”

What he meant: I hate working for Mike Holder.

What he said: ““What if they said you could tee off from the ladies tees, but score the same? Come on now…They put us on the (back tee boxes), just so you know.”

What he meant: [Thinking “I could do all right on the LPGA, couldn’t I?” as he was saying this]

What he said: ““I counted the other night [how many freshmen would play], right before I went to sleep, and it kept me up for two hours. I told them, ‘Just think. This is awesome. Last year, you were playing high schoool ball. Now, you’re playing against Florida State.’ It’s pretty cool.’”

What he meant: Really though, it was the counting that kept me up.

When it comes to these Gundy is just the gift that keeps on giving.

What he said: “It’s a lot of fun having Tyreek out there. He’s a very explosive athlete, and he’s also a very skilled young man with a great attitude. It’s a lot of fun having him. He’s an easy-going guy, but he takes his job very seriously at the same time. I can’t say that I know him as well as Coach Singleton, but he seems like he is very business-like and has a great demeanor about him.”

What he meant: Does he have brothers?

What he said: “It’s a ballgame, though, so nobody here knows what’s going to happen. Nobody can even think about what’s going to happen, so we’ll deal with that moment when it comes. We can come out and play great at first, but there will still be a lot of ballgame left. If they come out and bust a couple of big plays on us, will we shell up for the rest of the game? No. That 60th play and that 70th play have got to be played just like the first and the second.”

What he meant: Somebody triple-check to see if Daytawion has any eligibility left. Now!