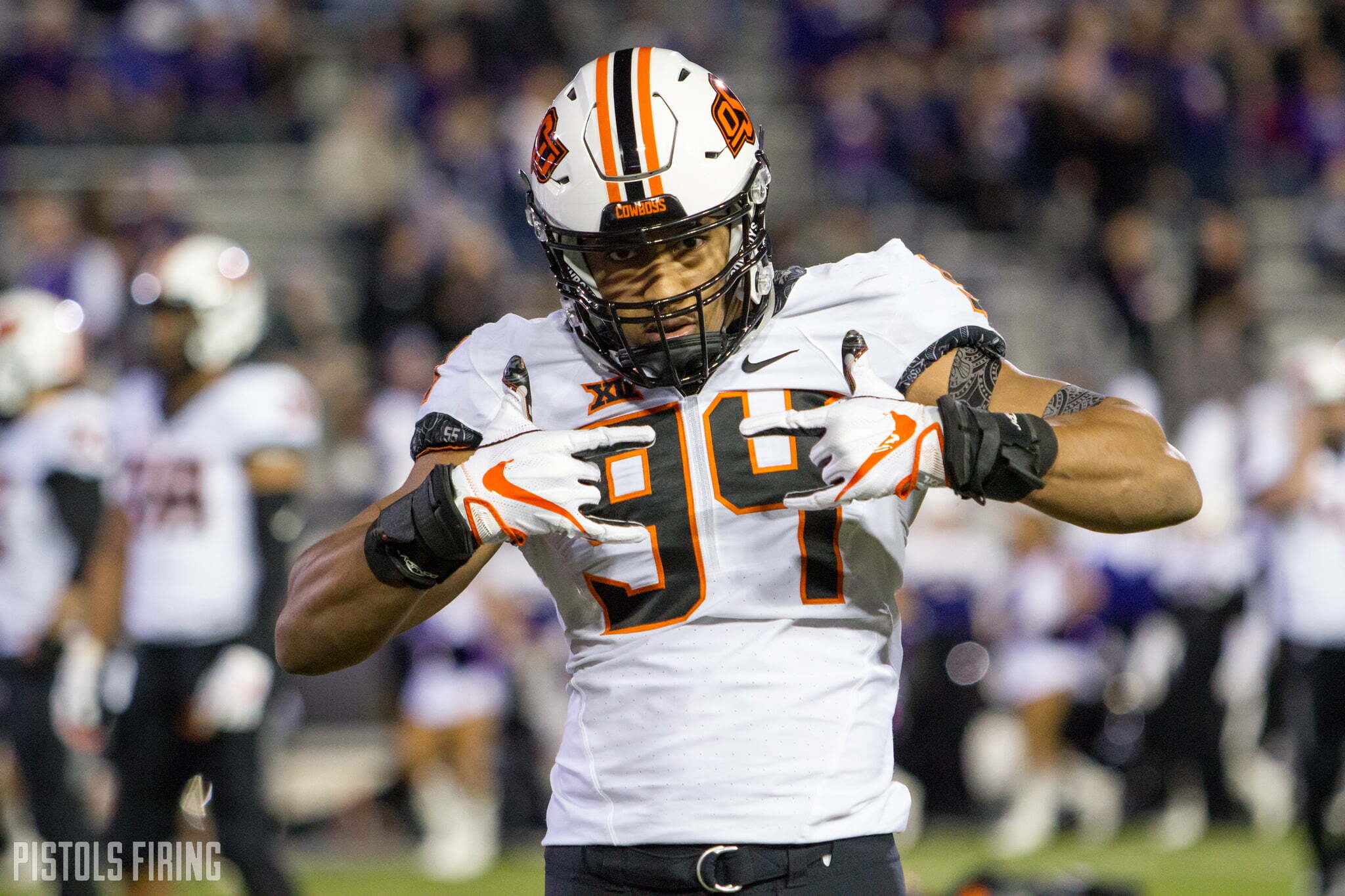 Regardless, there is maybe more interest right now in who won’t be involved with Oklahoma State football next year than who will. Gone are Justice Hill, Jordan Brailford, J.D. King, Darrion Daniels, John Kolar, Jalen McCleskey and Thabo Mwaniki. All for different reasons. In a vacuum, this seems catastrophic. I get that.

Howevah … we don’t live in a vacuum, and I don’t really think any of this is as big of a deal as people are probably making it out to be in terms of overall program strength, or it shouldn’t be anyway.

Think of it this way: In August, did any of you (us) expect Justice Hill, Darrion Daniels or Jalen McCleskey to be on OSU’s roster in 2019?

Heck, Brailford wasn’t supposed to be here in 2019 either. This was supposed to be his senior season. In the case of Daniels and Brailford, part of their careers were derailed by injury, but based on original trajectory, they were both supposed to be seniors in 2018.

Ditto McCleskey, except that he opted out voluntarily instead of via injury. Justice going to the NFL, while not ideal for OSU as a program in 2019, is a good thing for the organization overall. Same with Brailford. The more NFL guys you have the better.

The way all of these departures are happening raises an eyebrow or two, I suppose, but materially speaking Oklahoma State should not have been building a team along the way as if Daniels, Brailford and McCleskey would be participants on the 2019 roster. And Justice was obviously good enough that that writing was on the wall from the end of his freshman season.

The disconcerting ones are J.D. King and Thabo Mwaniki. It seems as if King is just moving back closer to home. Nothing wrong with that. And it appears that Mwaniki was getting buried on the two deep by freshmen. So I guess the complaint is that there’s too much secondary talent?

My point is that rumors fly when you go 6-6. Lost locker rooms, coaching staff changes, etc. Everybody fleeing the scene of the crime. It’s all just noise. Would Oklahoma State be a better football team in 2019 with Brailford, King, Daniels and Justice on it? Sure, but to call this a mass exodus based on some bigger picture failure by Gundy and the organization is a reach, at best.

Maybe that’s the case, but I don’t think what’s happening at Oklahoma State is unusual or out of line for what’s happening across the country. Players are becoming more empowered to make decisions that benefit them in the long term. Not necessarily by any rule but rather by a culture that other players (many of whom have come to OSU including potentially QB1 in 2019!) have created.

This is probably a good thing, given how much power there is to be had. As an aside: It’s not that much different from what you and I do in looking for jobs. Nobody in real life would ever say, “YOU MADE A COMMITMENT TO DEVON ENERGY YOU NEED TO HONOR THAT COMMITMENT” if I left my job at Devon Energy to take a job at Atmos Energy. Why do we view sports differently?

Right now, OSU has five players transferring — McCleskey, Daniels, Kolar, Mwaniki and King. Last year, seven schools had four or more transfer including Notre Dame (in CFP), Utah (played for conf. title), Michigan (in NY6), and Miami. A Stillwater epidemic? Perhaps. Or OSU is just going to join a list of mostly healthy programs that, for whatever reason, have lost a handful of players in a given year.

And while the unfortunate reality is that OSU has lost a lot in the last week in regards to its 2019 team, it has only lost slightly more than we would have thought four months ago. Maybe the sky is falling, sure, I’m willing to put that on the table. I might look back on this take in a year or two years and say, I’m a moron. Or maybe an unusual set of circumstances, coupled with a college football culture that is empowering player power, has led to an outflux of players from Stillwater following one of the more disappointing seasons of the Mike Gundy era.