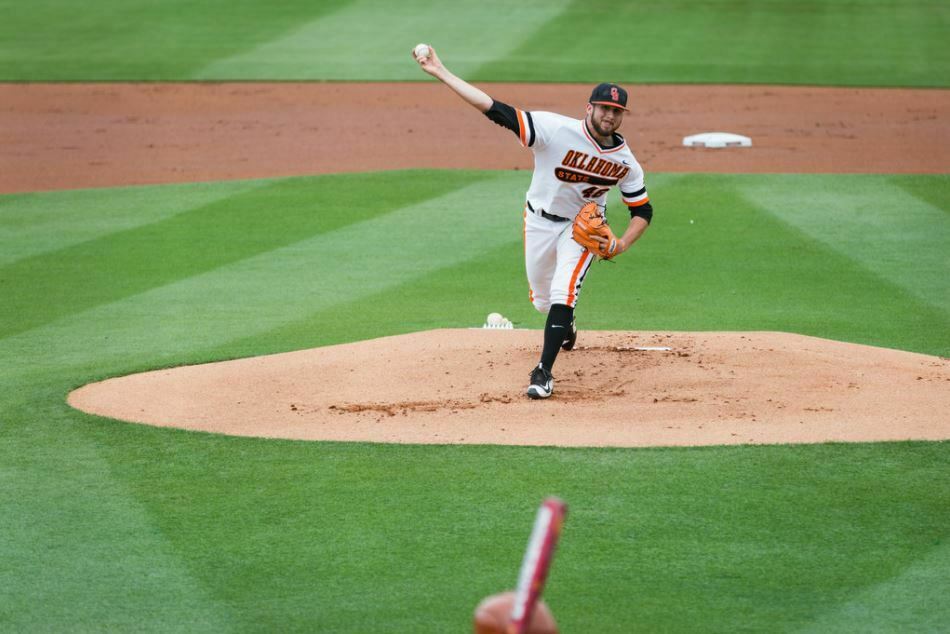 Oklahoma State baseball fans are eager for Tuesday’s home opener against Oral Roberts, but first they had to watch the Cowboys from afar, as they took two of three games against Texas State in San Marcos. There isn’t too much to talk about this early, but here are some statistical observations and takeaways from the first series of the season.

Simpson was OSU’s MVP of the series

Colin Simpson carried the Cowboys this weekend, driving home five runs on six hits. The Cowboys scored only 10 runs on the road trip. Having your catcher account for half of those is an accomplishment. In total, he was 6-for-13 and hit both of OSU’s home runs.

Cade Cabbiness is reaching base despite low average

A sophomore outfielder, Cabbiness has only one hit in eight at-bats thus far. Despite the low batting average (and five strikeouts), Cabbiness is reaching base successfully. He has at least one walk in two games, and his two-walk performance Sunday boosted his on-base percentage to .364.

OSU went three-for-three on the weekend, stealing a base Friday and two more Sunday. Ryan Cash, Michael Neustifter and Andrew Rosa each contributed a steal apiece.

Righty Jonathan Heasley put together a quality start in Friday’s victory, throwing six scoreless innings on his way to OSU’s 6-2 victory. He allowed four hits, three walks and struck out six. Lienhard struck out three in two innings of relief after Heasley was pulled.

Two starters fail to get out of the second inning

Brady Basso and Mitchell Stone probably wish they could restart their 2018 campaign. Both were pulled in the second inning (Basso on Saturday and Stone on Sunday.) Basso gave up six runs, though only two were earned, in 1 2/3 innings. He gave up four hits, walked three and struck out only one.

Stone was in a similar pickle, getting replaced after 1 1/3 innings. He didn’t issue a walk, but he gave up six hits, which allowed Texas State to put three runs on the board early.