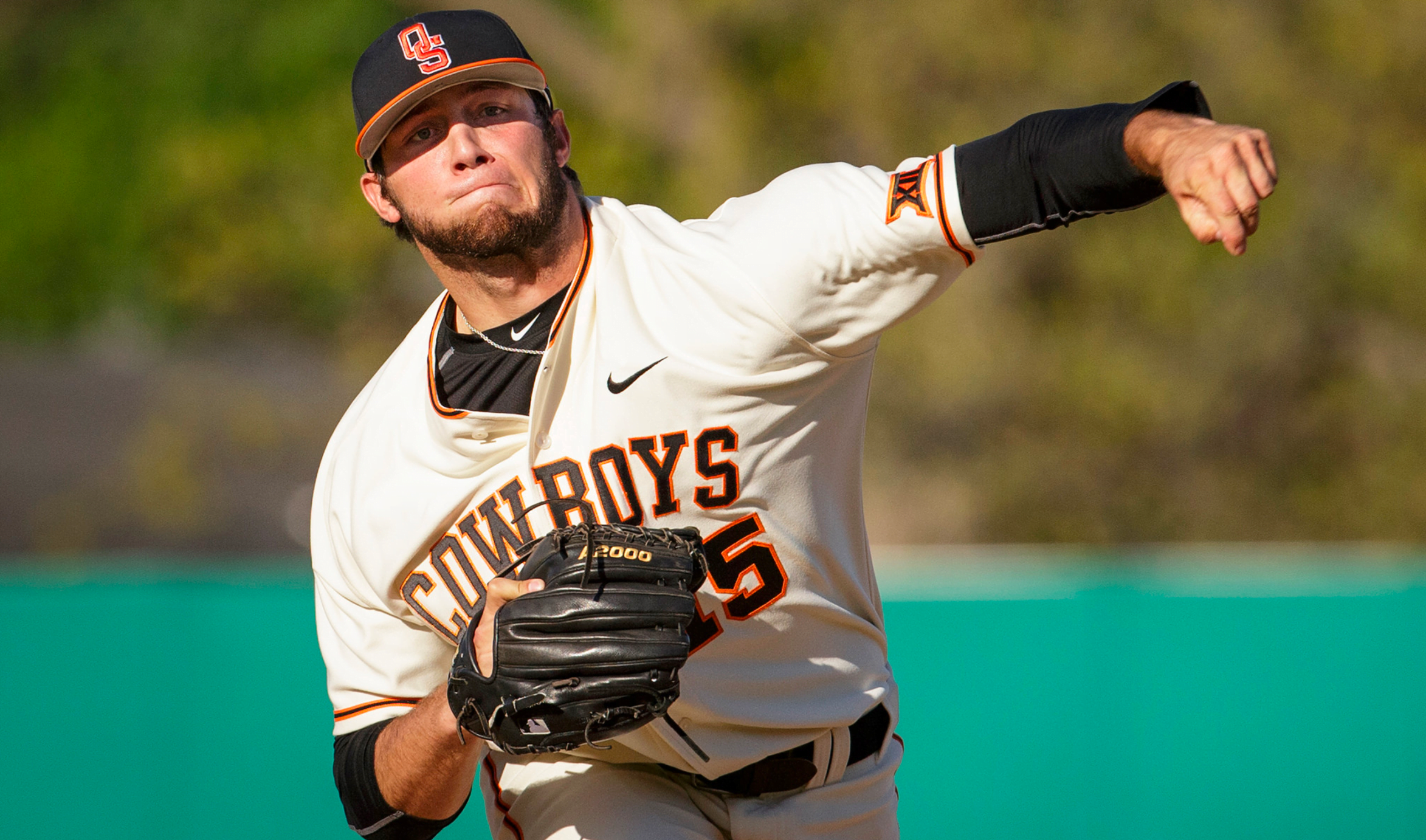 Ranked as the 50th-best high school prospect in country in 2013, Williams became a huge piece for the 5th-ranked Cowboy recruiting class which Coach Holliday called a “banner class” and “smashing success.”

In fact, this recruiting class is still on record as the highest-ranked recruiting class in OSU history, according to Baseball America. Luckily for the Cowboys, Williams decided to honor his commitment to the program and bypass an opportunity to sign with the Padres in the 33rd round of the 2013 MLB Draft.

His time with coach Walton and the valuable experience gained participating in the rigorous Cape Cod League proved vital to his overall growth as a pitcher. Like Thomas Hatch, a fellow 2013 signee, a change in Williams’ arm slot in the fall of 2015 not only improved his command, but added some velocity and movement to an already decent fastball.

“The very first bullpen it clicked. It clicked in five pitches,” Walton told Aaron Fitt of D1baseball.com. In fact, later on in the article Fitt went on to say, “I don’t think there’s anybody in the country who has better raw stuff than him.”

Williams finished his career at Oklahoma State with 95 strikeouts in 73 1/3 innings, but also issued 61 walks. However, the electric arsenal from the left side was too enticing to pass up and he was selected with 215th overall selection in the 7th round by the San Francisco Giants in 2016. The Giants have tremendous pedigree with developing pitchers in their minor-league system with Matt Cain, Tim Lincecum, and Madison Bumgarner to name a few.

In 2016, Williams was sent to an instructional league and also given the opportunity to adjust to professional baseball in the Short-Season Northwest League for the Salem-Keizer Volcanoes. Williams was able to punch-out 22 in in 25 innings but still struggled with command as he mustered a disappointing 4.97 BB/K and a 1.66 WHIP.

His 2017 campaign however has been a so far been a breakout season for the Giant’s No. 25-ranked prospect. Placed in the starting rotation for the Class A Augusta GreenJackets, Williams through four games has compiled a stellar 1.59 ERA, a 1.41 WHIP, and 9.93 K/9. In fact, Williams’ recently made Baseball America’s prestigious prospect hot sheet list for his stellar pitching the week of May 26 to June 1.

A telling statistic for his drastic improvement this season is his batting average of balls in play (BABIP) which has dropped from .342 last season to .324 and an adjusted .298 this season. What these statistics indicate is that Williams is inducing weaker batter contact.

Jonathon Mayo of MLB.com has given the following scouting grades to Williams:

For explanation on scouting grades for pitchers, check out last week’s writeup on Thomas Hatch.

Williams appears to have to a couple of pitches considered “plus” pitches and a changeup graded as below average. To make it the majors as a starting pitcher, you must be able to harness at least three pitches and be able to throw all of them to at least an average grade. Mayo agrees with this assessment as he cites Williams to likely be destined for the bullpen based on his difficult repeating his mechanics and delivery, and lack of a quality changeup.

For Williams to continue to improve and move through the Giants system, he will need to improve the repeatability in his delivery and develop a serviceable changeup to get more advanced batters out at higher levels.