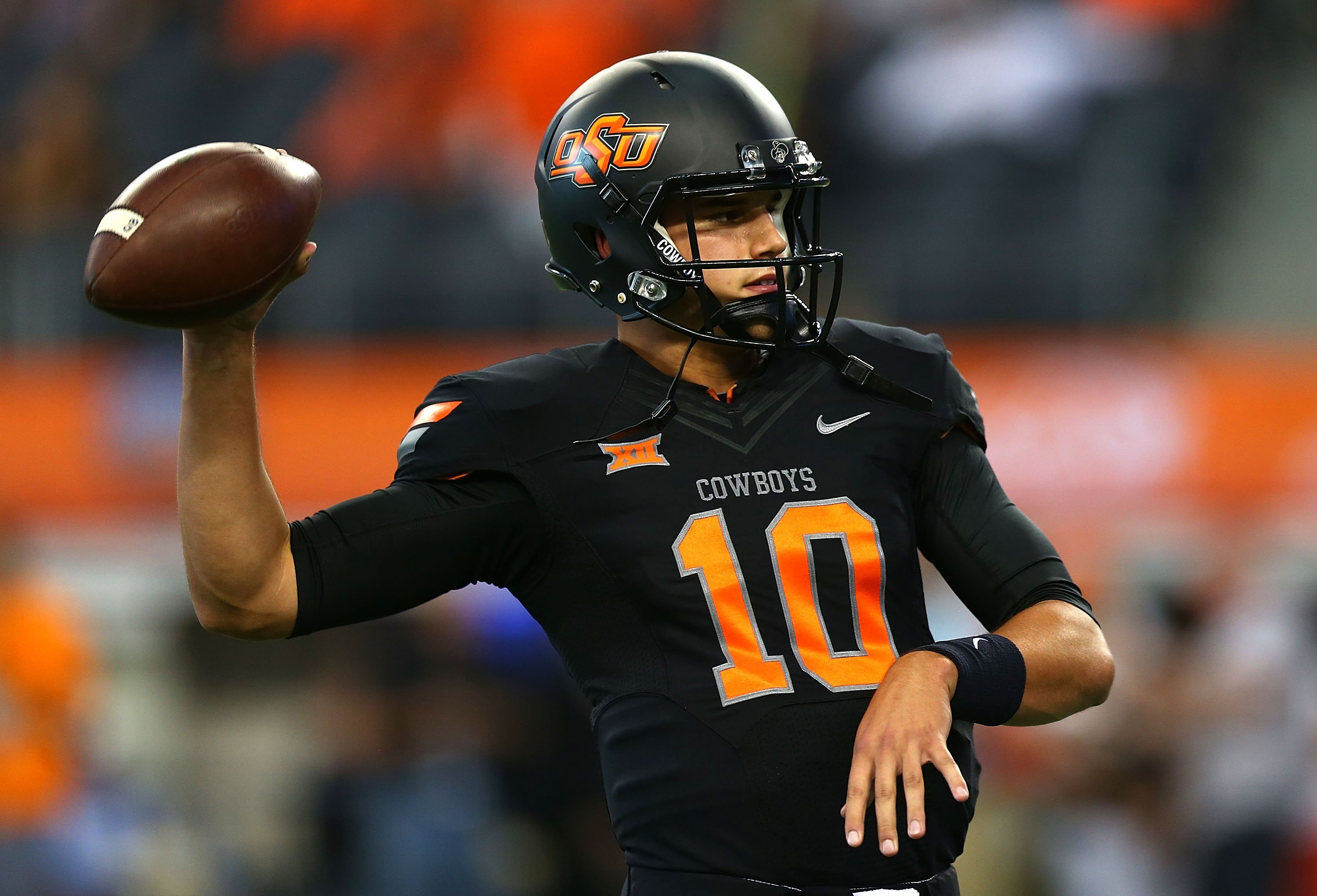 Mason Rudolph could see the field on Saturday. (USATSI)

There have been pretty conflicting reports in the last 24 hours over what Oklahoma State will do at the QB position this weekend:

According to KFOR's @bbjsports , Daxx Garman will be the starter Saturday. #okstate

Based on this info I’m pretty sure nobody really knows what will happen when OSU takes the field against Baylor in Waco — maybe not even Mike Gundy — so let’s talk about what could happen.

I’m not a fan of “concussion symptoms” nor am I one of Daxx Garman being sacked more in the last 8+ games than Brandon Weeden was in his entire career.

Earlier this year BBJ thought Rudolph would play against WVU and that didn’t even come close to happening so let’s presume he’s wrong this time, too, and that Daxx is actually not going to play.

Your options are as follows:

2. Play a thing called a Taylor Cornelius (“the magnate” as I call him).

3. Run the WildPoke with a combination of Tyreek, Childs, Roland and probably Glidden or Samples.

Those are all horrific options. Gundy said it like this earlier this week.

“There’s no right or wrong there,” said Gundy. “You’re caught in a deal there where you do what you have to do.”

He meant “there’s no right answer…they’re all wrong.”

The argument I’ve seen from people is that if he plays Cornelius, who is currently the scout team QB, he’s giving up on the season, waving the white flag, etc.

How is that so much worse than gaining two first downs in three quarters against Texas?

Please, if his players are mildly reasonable student athletes (and I admit this is a bit of a presumption on my part) they’ll understand what’s happening and realize that it’s happening for a reason bigger than what they can affect.

If he plays Rudolph then you just dumped 120 minutes at the altar of what could have been a fabulous five-year career. That should be a non starter (no pun intended) at this point.

But game action! Is it really “game action” if your offensive line is softer than Mark Mangino’s belly? It’s more like “yo Boone, got any friends at the FCC, I don’t want to get fined for being responsible for a live human sacrifice on national television.”

I don’t even want to discuss the WildPoke. For those in favor — do you trust Mike Yurcich to install an offense that nobody had a mild grasp of in three days and take it up against the 12th-best defense in the country? If so, then have at it.

The logical solution — and I can’t believe I’m saying this — is Cornelius. If he gets hurt then I don’t know, put Tyreek back there and let him run around for three plays and punt. That’s basically what you’re already doing anyway.

Maybe Gundy should petition the NCAA and take the bus a few miles east to see if they can pick up this guy and reinstate him before 6:30 on Saturday.