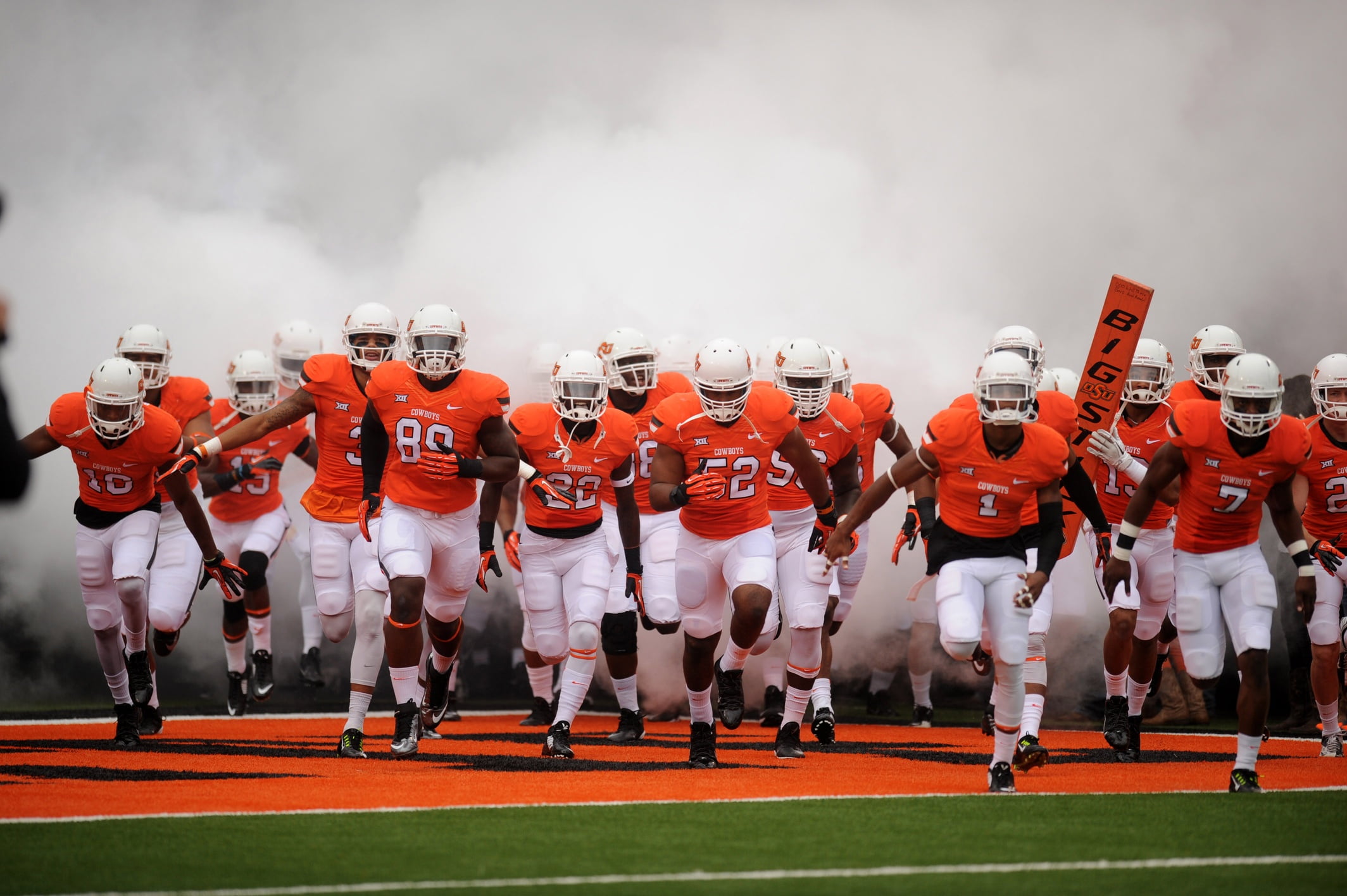 The Big 12’s November mini-playoff has been well-documented over the last week. TCU, Baylor, OU and the Pokes for the 2015 Big 12 title. It should be electric. It might be the best end-of-season race in conference history.

What isn’t always present, however, is the lingering “what if … ” questions. Those are usually quelled by mid-October or, sometimes, the end of September. All 128 teams start out the end of August saying “what if … ?” Very few get to play the game in November.

At the beginning of every season, my friends and I always play a high-spirited contest of “what if … ?” We try our darndest to top one another. This usually evolves from “what if OSU blows out to Central Michigan?” to “what if OSU is down six to OU on Thanksgiving weekend with an 11-0 season on the line and Mason Rudolph has the ball on his own 10 with 90 seconds left?” There are a lot of scenarios between those two.

It’s a fun game but it’s almost never more fun than it is at the beginning of the regular season. Teams are error-free. Nobody has lost. It’s light-hearted and tremendous. It’s why we like new beginnings.

This year is different. This year, Mike Gundy’s squad has quietly and solidly been improving every single week. It’s something Gundy has talked about all year. “Play your best football at the end of the season.” OSU is doing so right now.

Which means the “what ifs” have continued yet another week as October bleeds into college football’s very best month.

What ifs like, “what if Trevone Boykin loses for the third time in Boone Pickens Stadium in his career?” and “what if Art Briles remains winless in Stillwater?” and “what if OU loses to Baylor and Oklahoma State wins its next three games and has the Big 12 title sewn up before Bedlam?” and finally, “what if Bedlam is to get the No. 1 seed in the College Football Playoff?”

This is what you dream of as a college football fan. This is as good as the sport gets. Games are exciting for different reasons (again, see Bedlam 2014) but the “what if” games are the very best games.

But these aren’t even the biggest “what if” questions of this month. A month when the weather turns bitter but the football remains sweet. A month when the Cowboy faithful fill Boone’s house to the brim and try to will their undermatched team to its second conference crown in the last five years.

A month when Mason Rudolph and J.W. Walsh have a chance to become this year’s Cardale Jones and J.T. Barrett (minus the “I word”). A month when you can rank Big 12 teams as low as you want in the College Football Playoff rankings, but you can’t ignore 12-0.

No, the biggest question of November has suddenly become what if “what if” lasts until December?